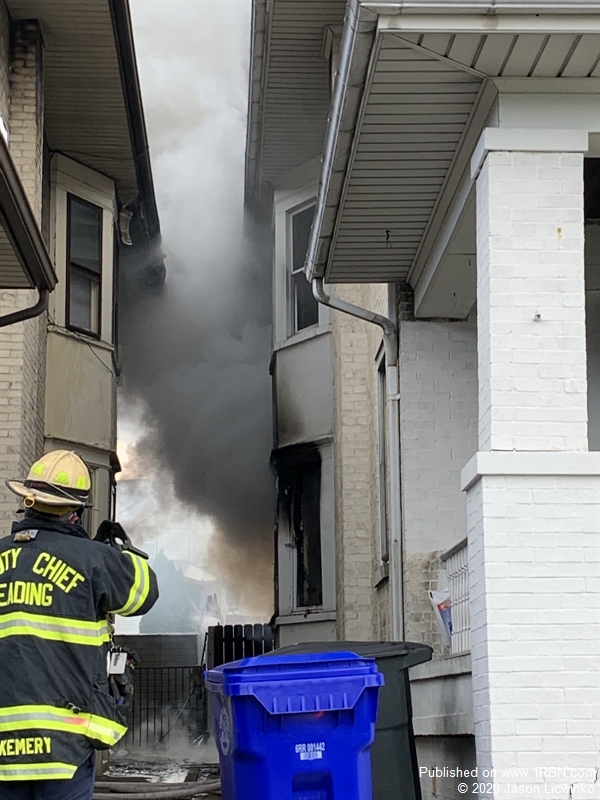 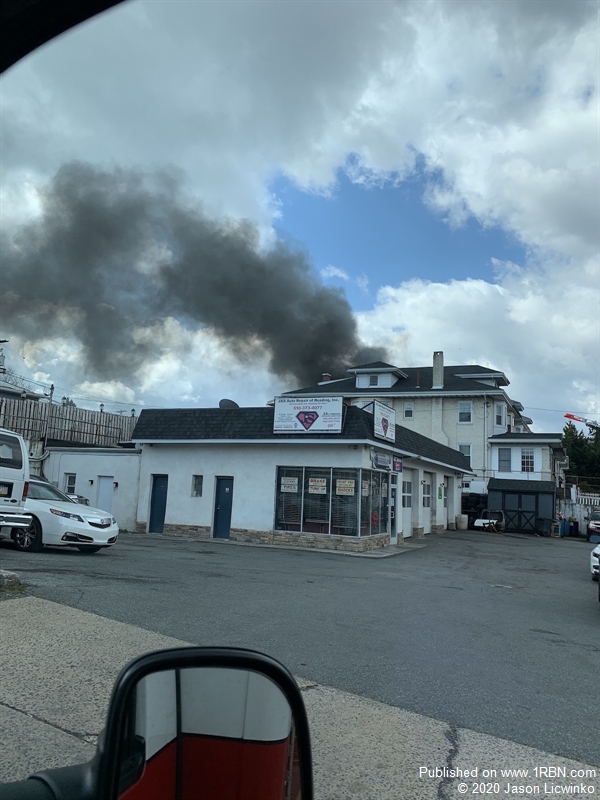 Reading, PA - On the morning of April 17th, the occupants at 620 Lancaster contacted 911 to report a fire in their neighbor's home. Box alarm 0402 was transmitted at 9:53 A.M., sending companies into the south side of Reading.

Car 3 (Kemmery) arrived at 9:54 A.M. with smoke showing at a two-and-a-half story semi-detached dwelling. Firefighters from Engine 5 began a hose stretch into the first floor of the structure. Crews pushed into the dwelling, working their way back to the kitchen to knock down the flames while a search was conducted in 618 and 620.

Engine 1 took a position in the rear and stretched a two-and-a-half inch line down the alley to cover the rear of the building which was extending into exposures. At 10:08 A.M., Car 3 requested a second-alarm for additional hands.

The bulk of the fire was knocked down moments later, however there was a large amount of concealed fire to be exposed and extinguished. Crews also worked the rear roof to open up and expose the burned areas below.

The fire was placed under control at 10:53 A.M., with no injuries reported. The Fire Marshal's Office is investigating. Units from Spring Township and Kenhorst assisted.