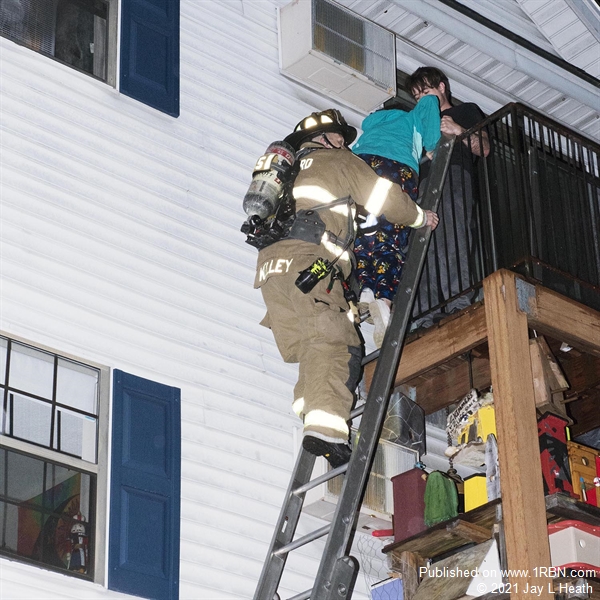 Photo by Jay L Heath A Concord firefighter helps residents onto a ground ladder from the third floor balcony, making for tense moments as the fire was being extinguished in the third floor hallway. 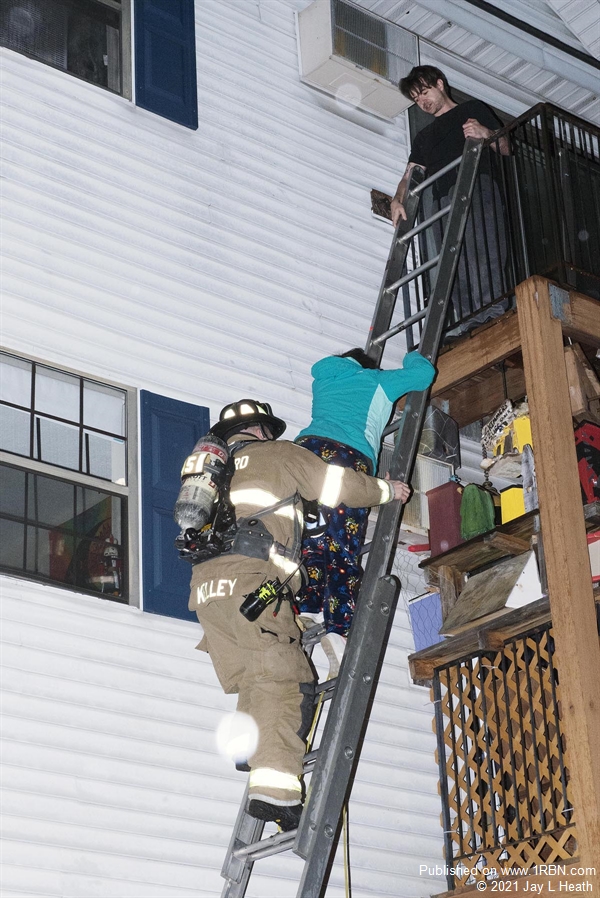 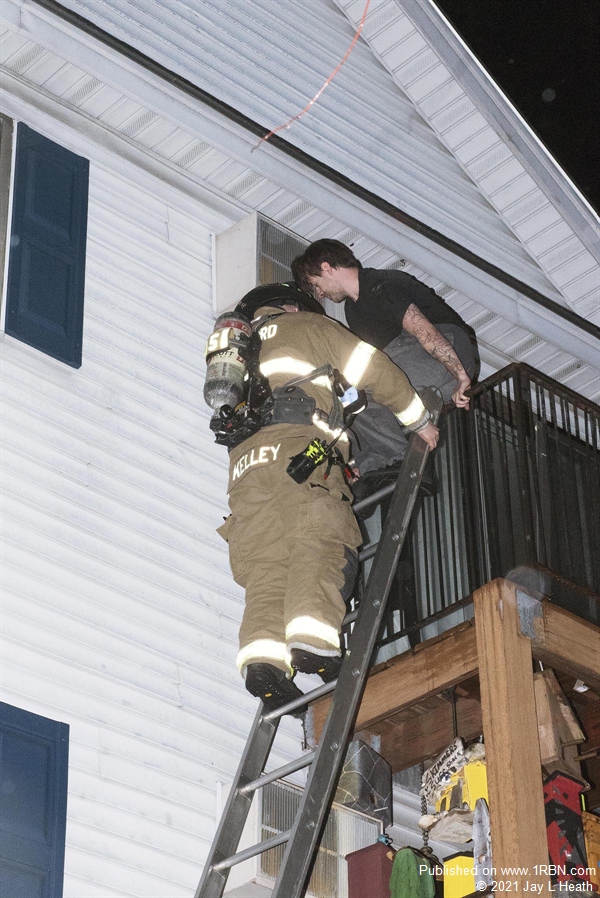 Photo by Jay L Heath A resident climbs onto the ground ladder from a third floor balcony. 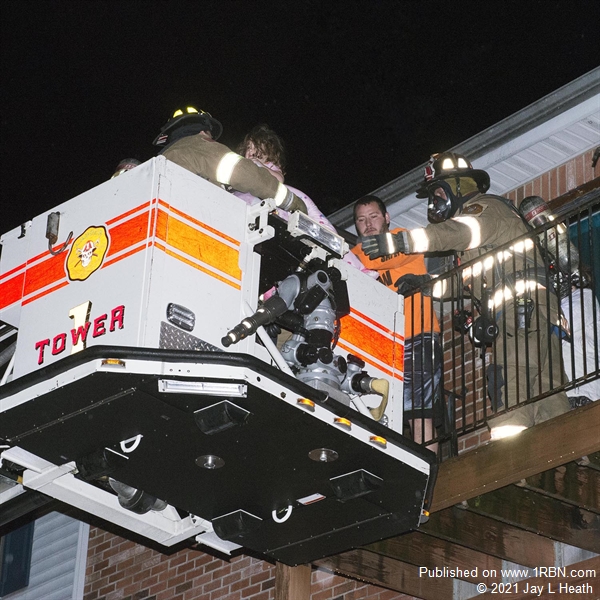 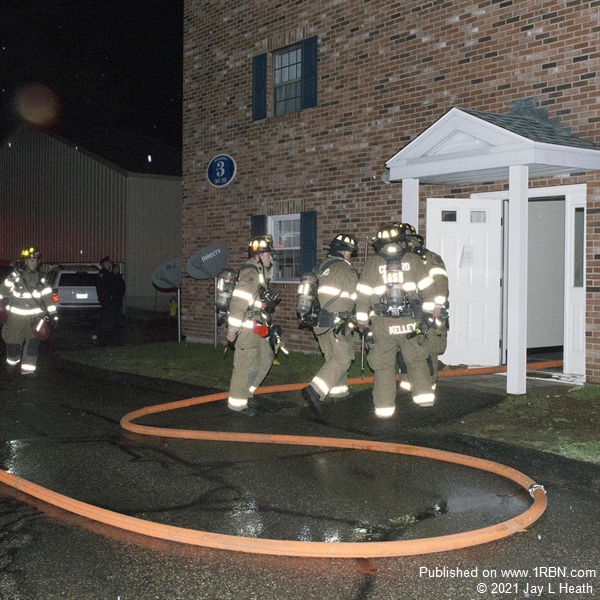 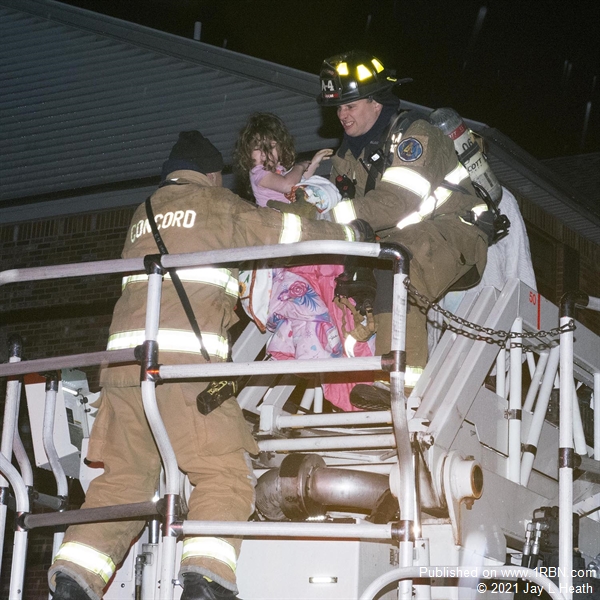 Photo by Jay L Heath A young child is handed off to a firefighter after being removed from the third floor. All the residents were evaluated at the scene, but none of them required transport to the hospital. 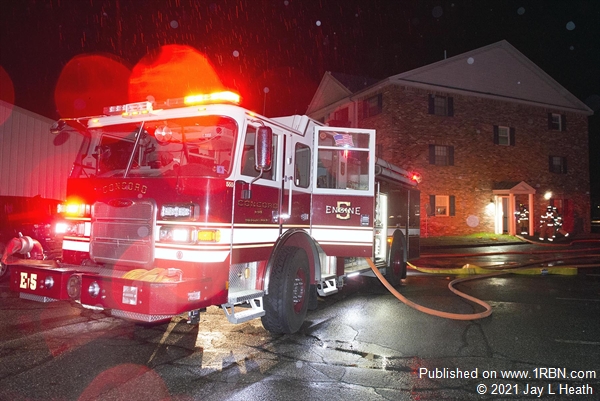 Photo by Jay L Heath First Due Concord Engine 5 at the scene.

Concord crews were already at the scene of a bathroom fire at the Margaritas Restaurant downtown when the Box came in at 1:22 A.M. for the apartment complex located in the "Penacook" Section of the city.

While companies were en route to the Box, Concord Fire Alarm started receiving calls for a fire on the third floor of Building 3 with people trapped in the building. First due Engine 5 and Ambulance 5 arrived to find heavy smoke banked down in the third floor hallway with several residents on balconies unable to escape from the heavy smoke and fire. A parent from one third floor unit jumped from their balcony while the other parent waited to hand off their child before climbing down.

A Working Fire was called by Battalion 1 as firefighters immediately went to work rescuing trapped occupants using ground ladders and a tower ladder. Multiple people were evaluated at the scene, but none of them required transport to the hospital.

Mutual Aid was received from Boscawen, Franklin, Hooksett and Hopkinton Fire Departments as the fire was contained to the third floor. The fire was under control at 2:16 A.M., and is under investigation by Concord Fire and Police and the State Fire Marshals Office.