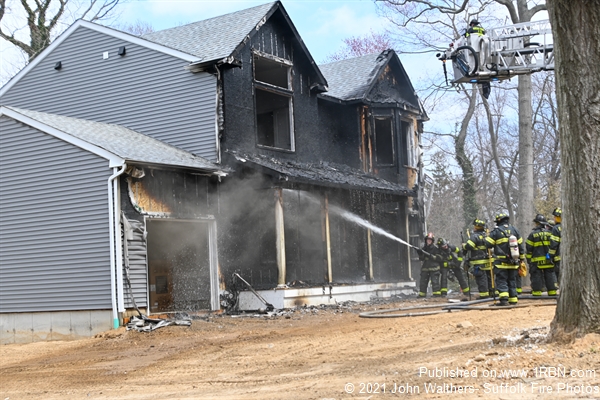 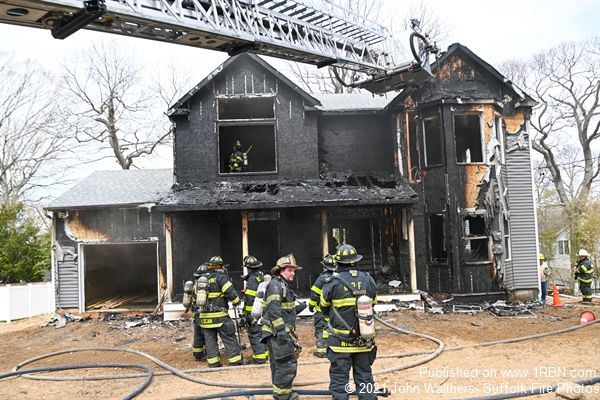 Photo by John Walthers- Suffolk Fire PhotosRocky Point Truck 14 can be seen in the photo assisting with overhaul. 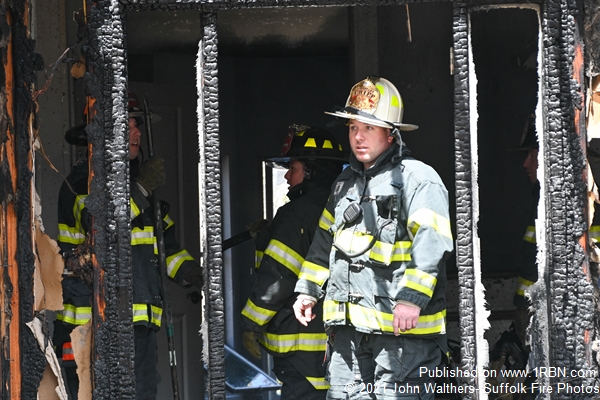 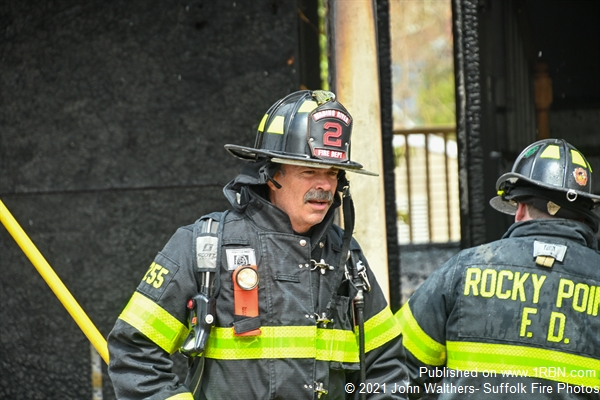 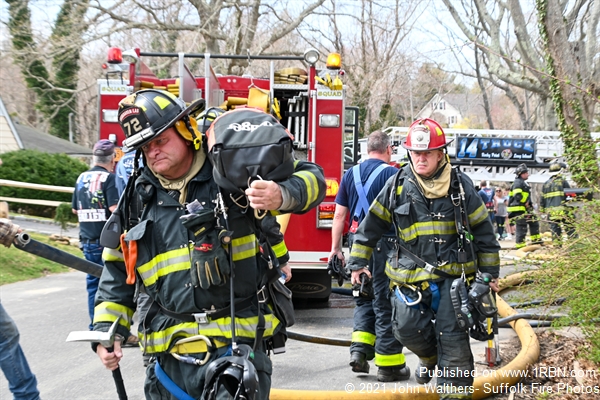 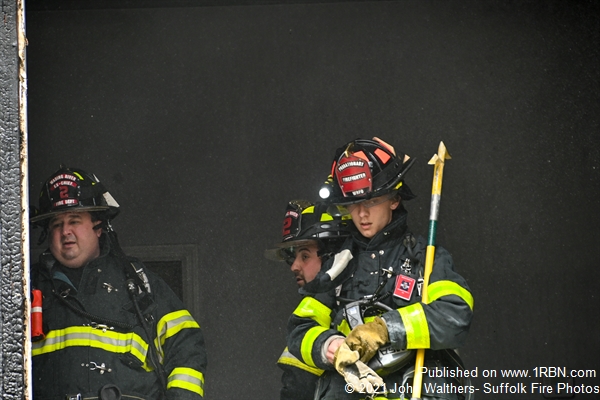 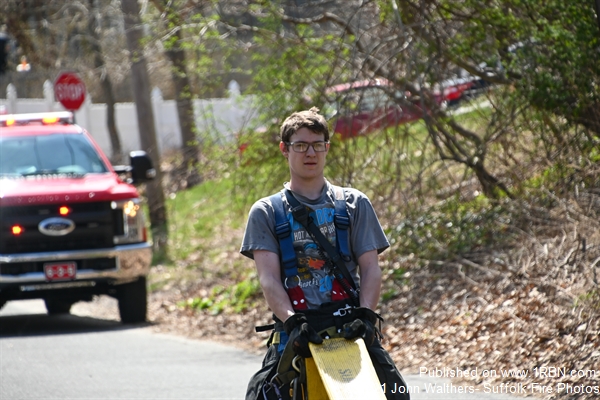 ROCKY POINT, NY - On Saturday, April 10th at about 12:30 P.M., the Rocky Point Fire Department was activated for a reported structure fire on Triton Rd., off Friendship Drive.

On arrival the first due chief found a large two-story home that was under construction well involved. Rocky Point Truck 14 and Engines 17 and 15 quickly arrived on scene and lines were stretched from the engines and the tower ladder was also set up. Wading River was also requested for an Engine and sent 6-3-11 to the scene along with chiefs 30 and 31. Brookhaven National Laboratory was the RIT team on scene for the duration of the assignment.

Firefighters were able to make an aggressive attack and get the fire under control with the units on scene. On arrival Wading River was put to work to assist with secondary searches and the extensive overhaul operation that needed to be done. Ridge FD stood by for Rocky Point and handled their additional alarms. Fire Police from Rocky Point and Wading River closed the roads in the area of the fire while firefighters operated for scene safety. The fire scene was turned over to the Brookhaven Town Fire Marshal's office, who were investigating the cause.