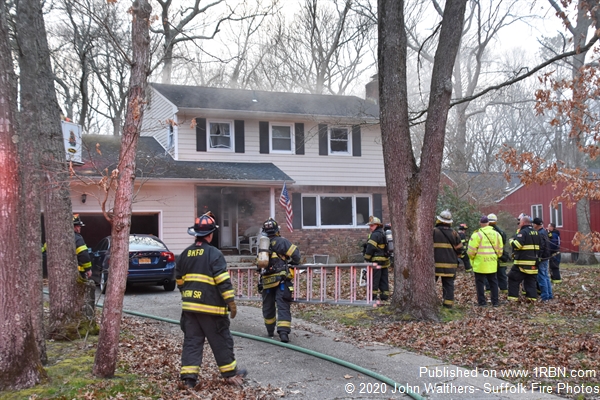 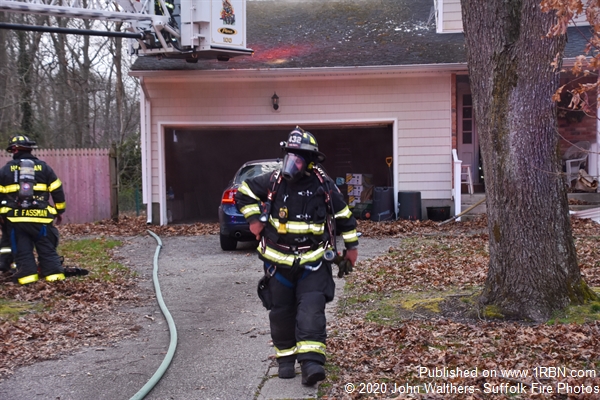 Photo by John Walthers- Suffolk Fire PhotosA firefighter exits the home after fighting the blaze at this house on Yaphank Ave. 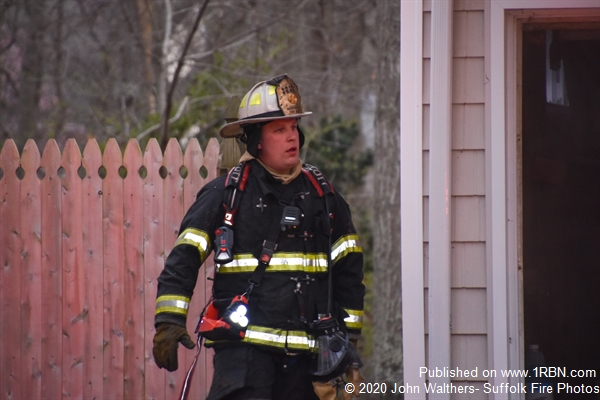 Photo by John Walthers- Suffolk Fire PhotosAssistant Chief Anthony Verni comes out from the back yard. 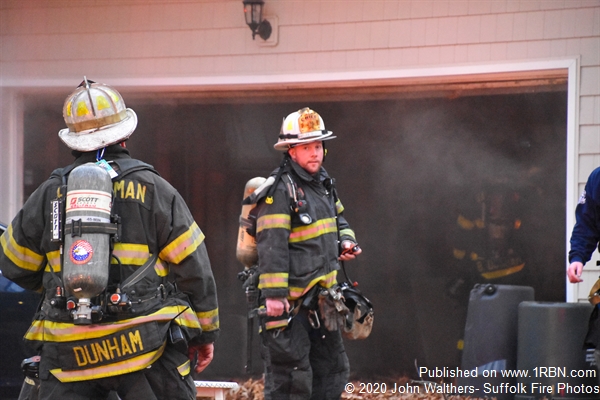 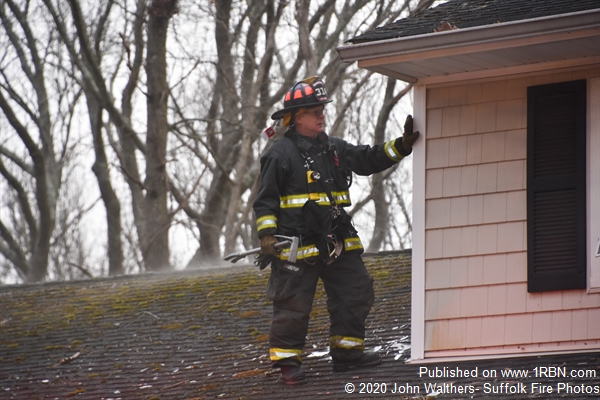 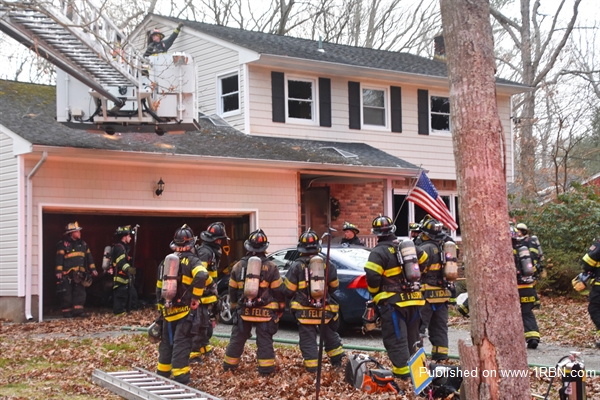 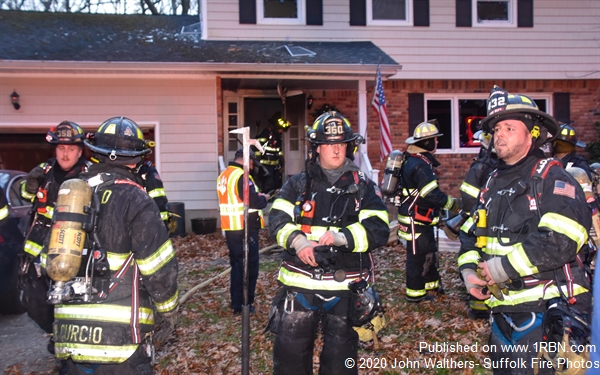 Photo by John Walthers- Suffolk Fire PhotosFirefighters from Brookhaven FD outside a home on Yaphank Ave after a House fire. 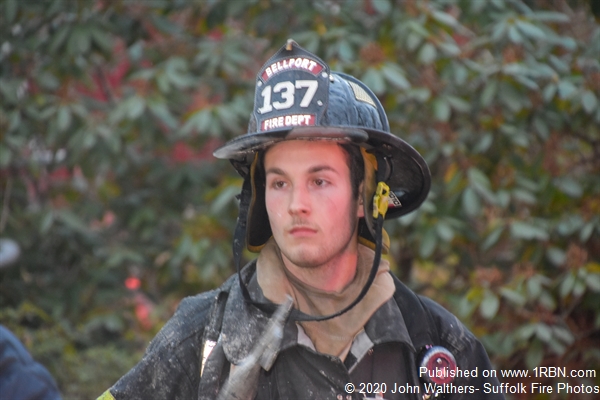 Photo by John Walthers- Suffolk Fire PhotosA Bellport Firefighter stands outside this home in Brookhaven after assisting in battling the blaze.

Brookhaven, NY- On Sunday, April 5th at about 6:22 P.M., the Brookhaven Fire Department and South Country Ambulance were dispatched to a report of a house fire on Yaphank Ave., near Deer Meadow Run.

Chief of the Department Peter DiPinto, Jr. was the first to arrive on scene and found fire in the rear of the home. A reactivation for a working fire was requested. The first due engine arrived and the crew immediately went to work stretching the line. The fire started on the first floor and had quickly spread to the second floor.

Crews from Bellport and Hagerman Fire Departments were also called to the scene to assist Brookhaven. Together, the three departments were able to make fast work of extinguishing the fire. A person in the home was checked out by members of South Country Ambulance. Firefighters also removed two dogs safely from the home which seemed to be okay despite smoke inhalation.

Yaphank Ave. was closed in the area while firefighters operated on scene. Mastic FD stood by at Brookhaven Station 1 for additional alarms. The scene was later turned over to the Brookhaven Town Fire Marshal’s Office.