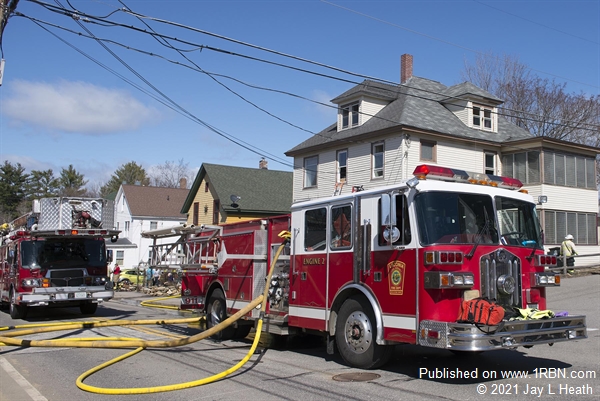 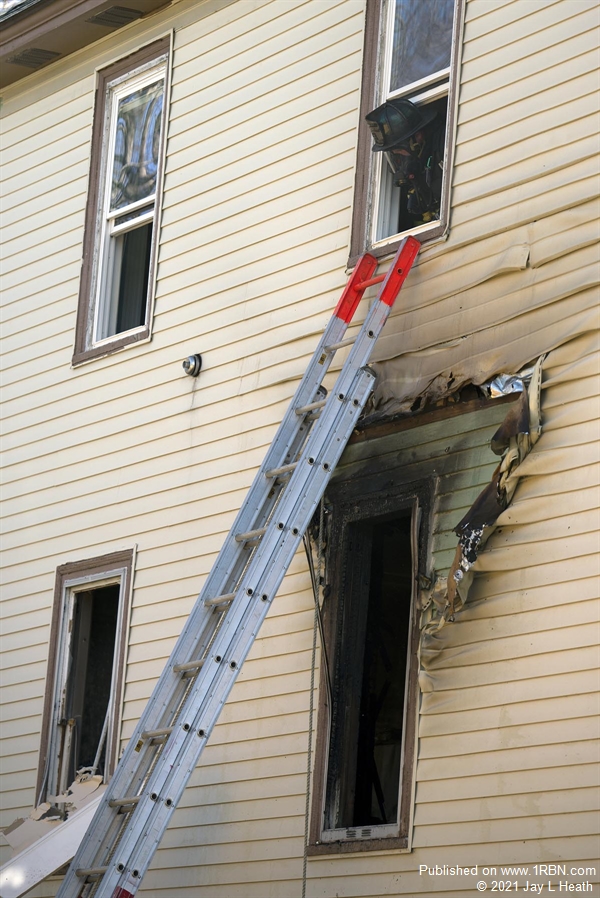 Photo by Jay L Heath A firefighter checks for extension on the second floor. 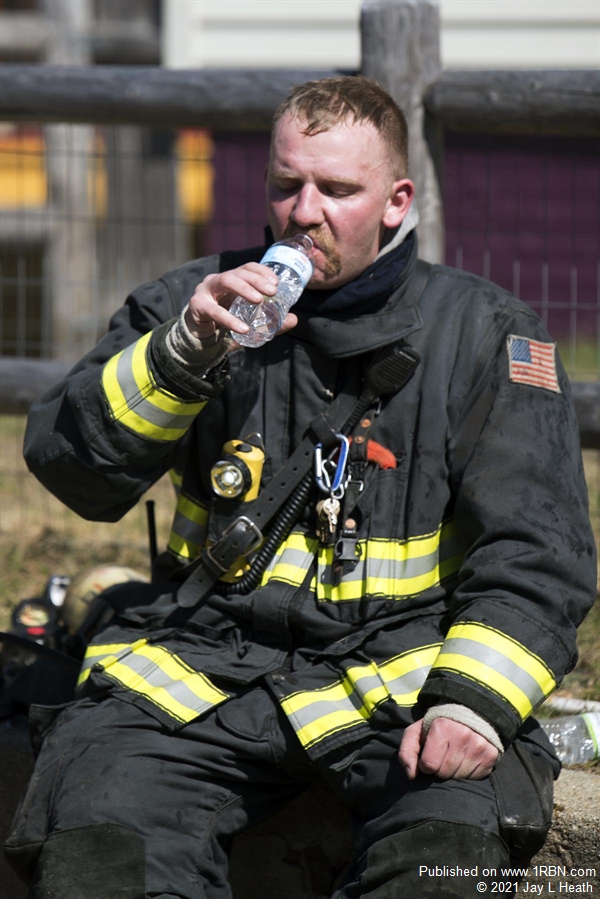 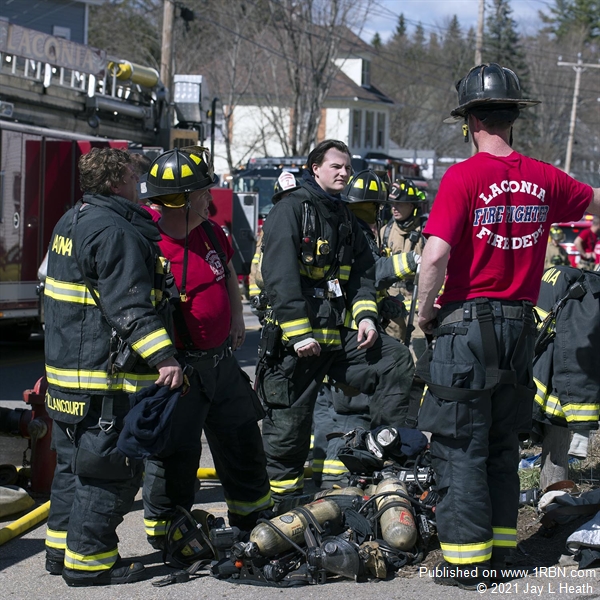 Photo by Jay L Heath First due Laconia firefighters take a break after an occupant was rescued from this house fire.

LACONIA, NH - Firefighters rescued a woman from a house fire on the afternoon of April 7th.

Laconia Fire, with automatic mutual aid engines from Belmont and Gilmanton, were dispatched around 2:02 P.M. for a house fire on Highland Street. First due firefighters found a two-and-a-half story duplex style building with fire coming from a first floor window. There was a report of an individual trapped inside.

Laconia firefighters made a swift entry into the building and were able to rescue an individual who was unconscious and not breathing. Lifesaving measures were attempted at the scene and the victim was transported to Lakes Region General Hospital.

A second-alarm was dispatched on arrival with an extra ambulance. Firefighters were able to knock the fire down quickly on the first floor with no fire extension. The victim ultimately passed away at the hospital. The NH State Fire Marshal's Office is investigating the origin and cause of the fire.