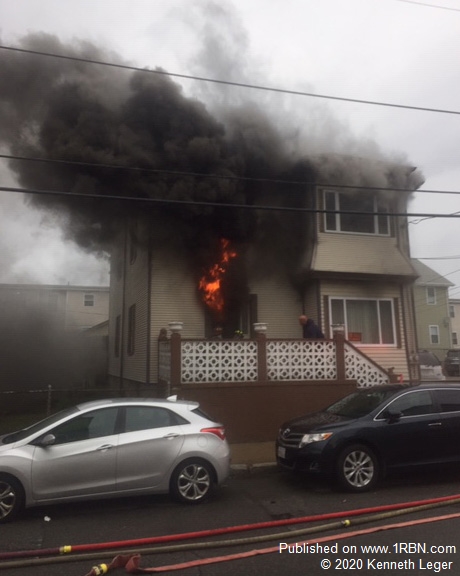 Photo by Kenneth LegerFlames push from the front door. 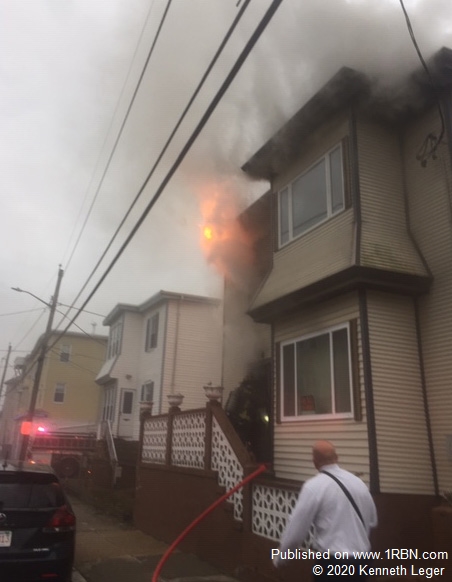 Fall River, MA - At 7:30 A.M. on April 8th, Fall River 911 communications received a call from a passing motorist reporting a lot of smoke coming from the second floor at 267 Quequechan Street.

A police car on patrol arrived seconds later and reported flames and heavy black smoke coming from the second floor. Engines 2, 4 and 9, Ladder 4, Platform 1, Rescue 1 and Car 2 responded. Car 2 arrived on scene and reported a working fire and called for a second-alarm.

Fire Investigators were called in along with special services to provide rehab to firefighters on scene.