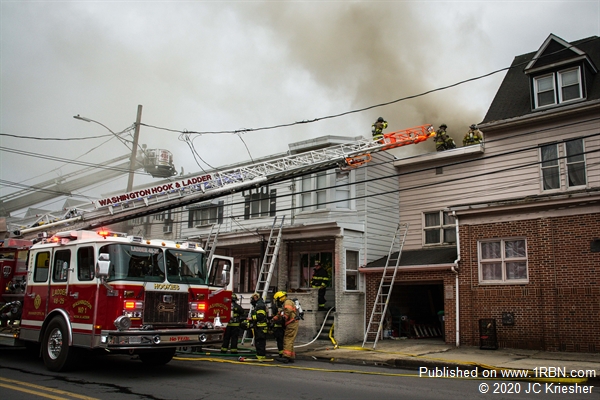 Photo by JC KriesherSmoke billows from the roof of a rowhome on West Centre Street in Mahanoy City. Command requested a second alarm to the scene to help check for extension. 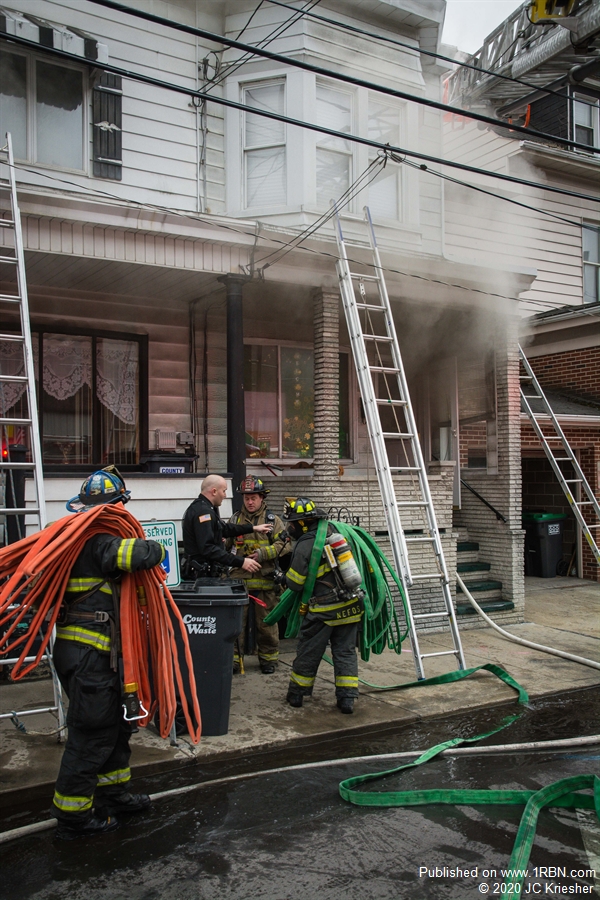 Photo by JC KriesherMultiple lines are stretched into the buildings 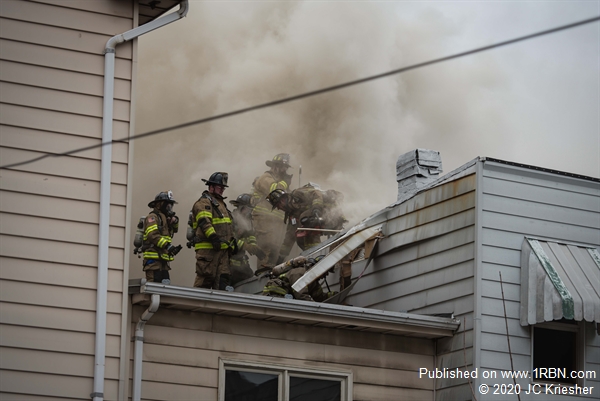 Photo by JC KriesherFirefighters work to open the roof

Chief 48-3 was advised of smoke coming from the corner of a rowhome with an alarm sounding. The chief advised he had smoke showing from multiple blocks away.

Ladder 48-25 arrived to find smoke showing from the eaves of multiple rowhomes and positioned in front of the building. The ladder stretched a line while the aerial was sent to the roof.

Crews found a basement fire in 724 West Centre. An additional line was stretched to the basement and a line went into the “B” exposure.

As truck crews worked to open the roof they found fire in the attic. With conditions worsening, Chief 48 requested a second alarm to the scene.

Firefighters stretched a line from 48-10 to the “C” side and made access through the second floor to work on the fire in the attic.

The fire was brought under control in about 30 minutes. At least one pet was brought out of the building by firefighters.