Rochester Firefighters Respond to Fire On U of R Campus 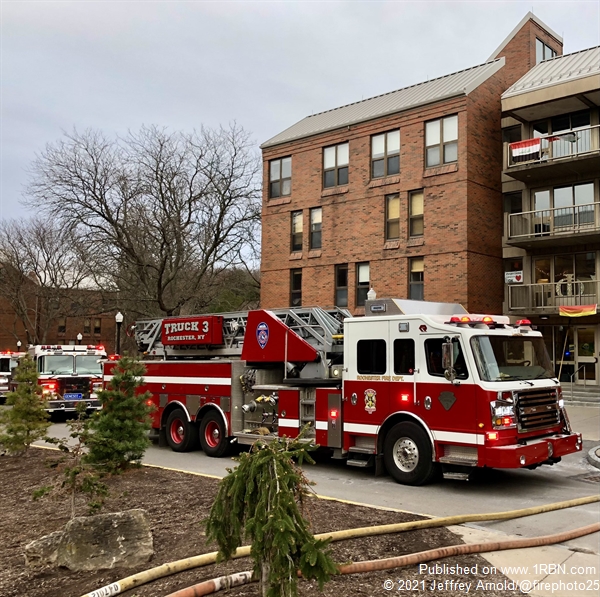 Photo by Jeffrey Arnold/@firephoto25Rochester F.D. responded to a fire at the Kendrick House of the University of Rochester campus.

ROCHESTER, NY - On Monday, April 5th at 6:32 P.M., Rochester firefighters responded to the report of a structure fire at 975 Hill Court Circle, Kendrick House on the University of Rochester campus. U of R Public Safety reported smoke on the third and fourth floors of the four-story dormitory building. The blaze was found to be in a trash compactor in the basement. Firefighters charged the building's standpipe system and the fire was brought under control in about 25 minutes. There were no injuries reported.