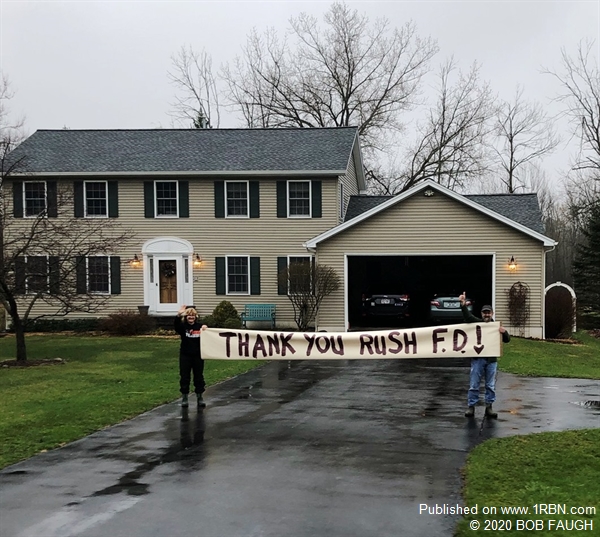 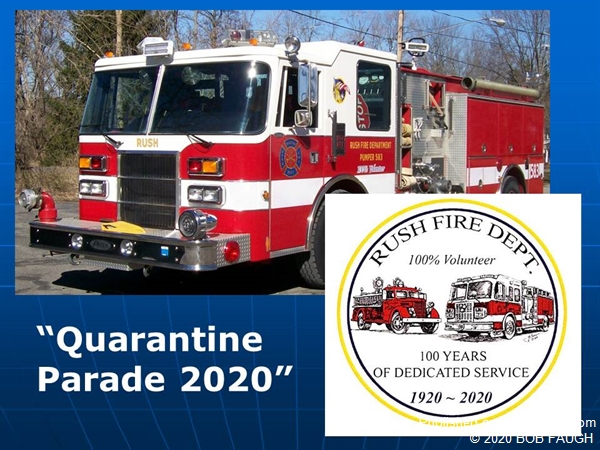 Rush, NY - Rush Volunteer Fire Dept. is celebrating their 100 year anniversary providing fire, rescue and ambulance, fire prevention and complete scouting programs for boys and girls to the town. The department consists of 38 members in a small town located 12 miles south of Rochester, NY (on I-390 near I-90), with 3,500 people covering 38-square-miles.

To commemorate their milestone, Rush FD held a "Quarantine Parade" on Friday night, April 3rd. The idea came about when Fire Chief Jon Faugh (who is also a NYS Trooper) drove his personally owned 1970 fire pumper around town and people suggested that the whole department should have a parade.

The parade was held during some slight rain with three pumpers, one rescue, one ambulance and one brush truck, along with eight private volunteer cars with lights and sirens. They covered 42 miles of roads in town from 6:30pm to 9:30pm, and were amazed with how many people were out by the street with best wishes and signs to show their support.