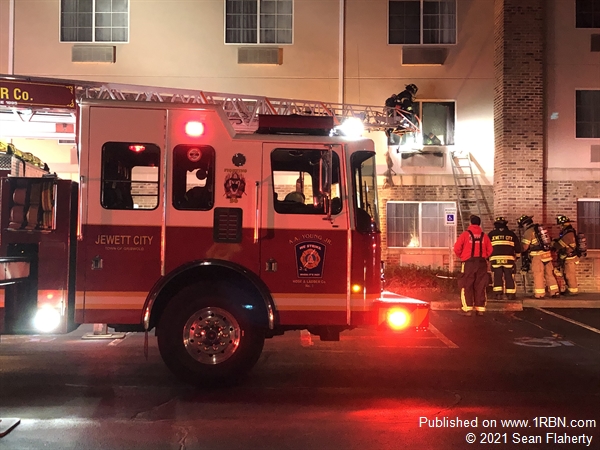 Photo by Sean FlahertyJewett City Ladder 156 a 2002 HME/Smeal set up in the front. 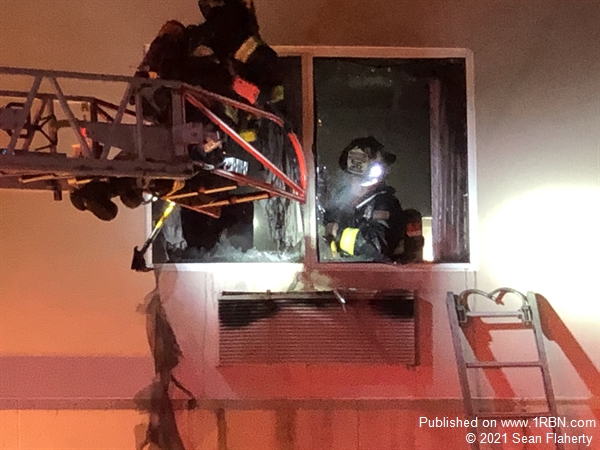 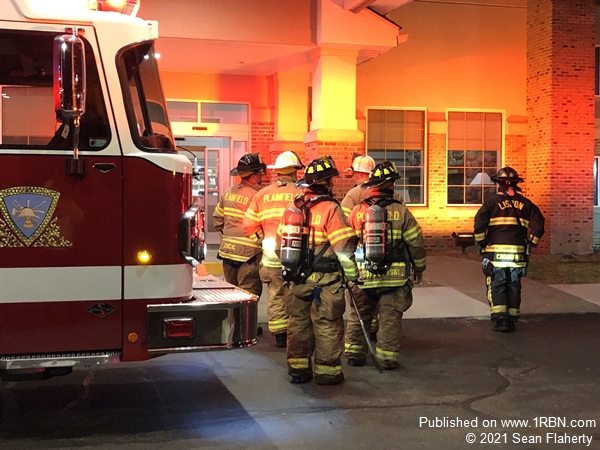 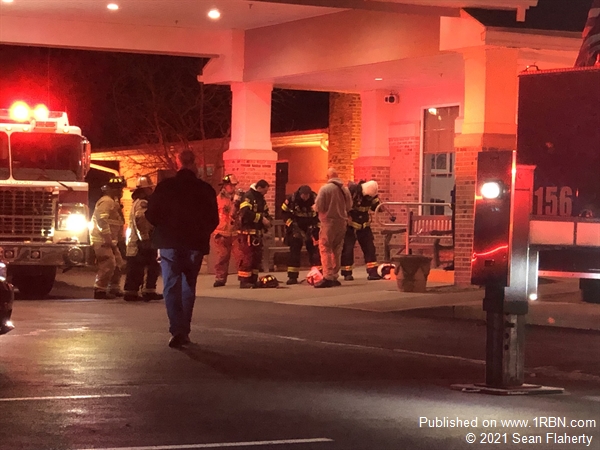 GRISWOLD, CT - At 8:51 P.M. on Friday, April 2nd, the Jewett City Fire Department with mutual aid from Griswold, Lisbon, Plainfield Engine 195, Taftville Truck 25, Engine 22 and the Yantic FAST with American Ambulance were dispatched to 375 Voluntown Road at the AmericInn for flames coming from a second-story window. Car 55 arrived at 8:55 P.M. and reported smoke showing from a second-story window with a sprinkler activation. Ladder 156 arrived at 9:01 P.M. and flew their aerial to the second floor. Crews reported a smoke condition on the second floor and that the sprinkler had suppressed the fire. Command reported the fire knocked down at 9:08 P.M., and the Griswold Fire Marshal’s Office is investigating.