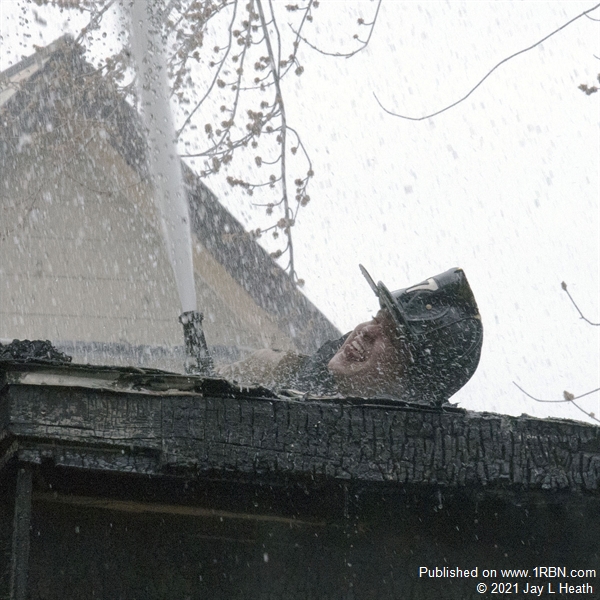 Photo by Jay L Heath A Manchester firefighter wets down hot spots at this garage fire on March 31st. 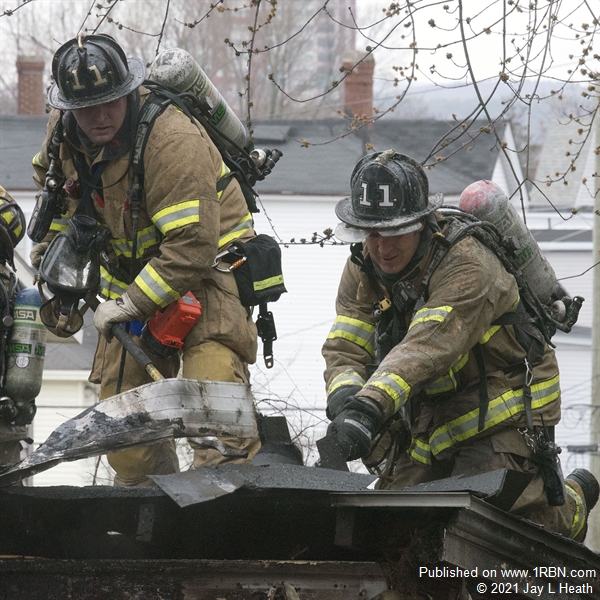 Photo by Jay L Heath Engine 11 firefighter's open up the roof the garage checking for extension. 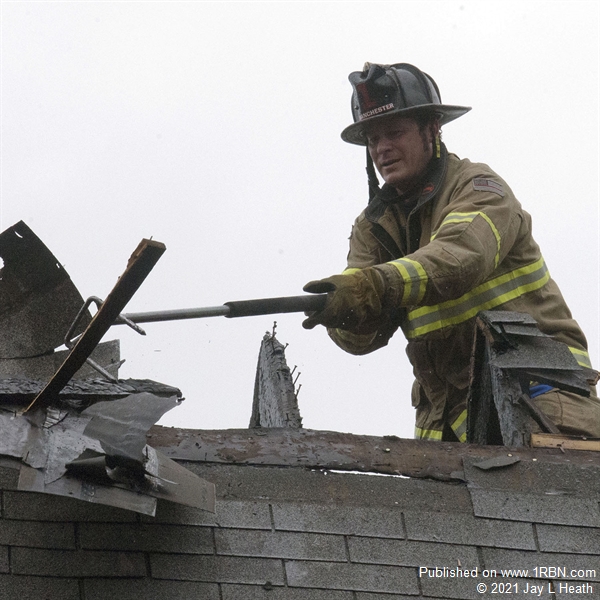 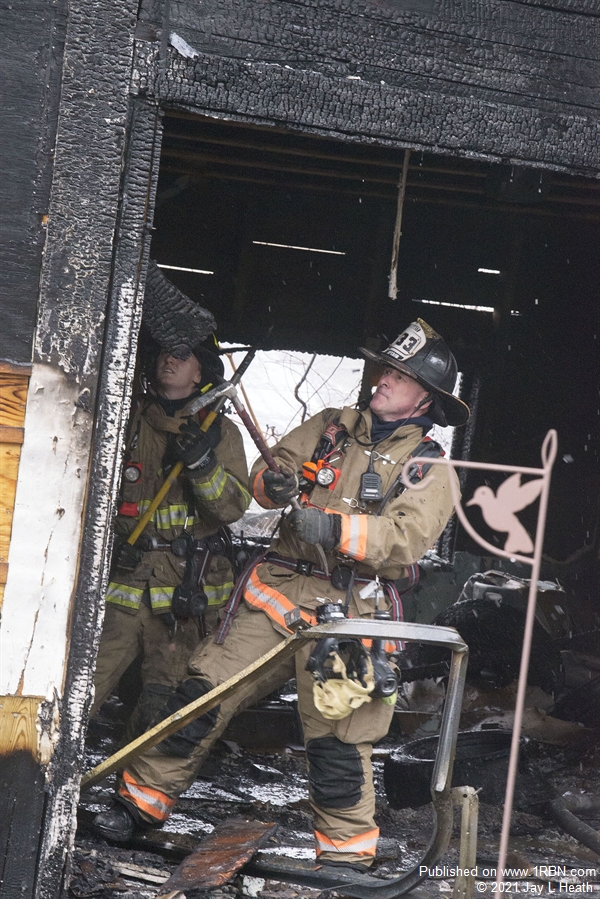 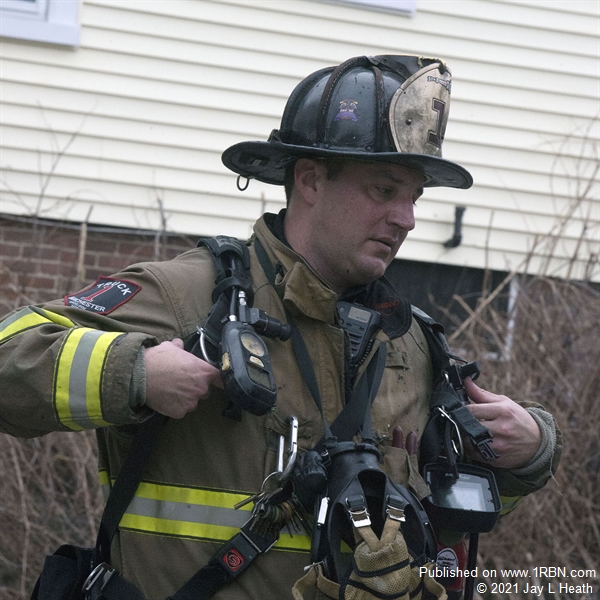 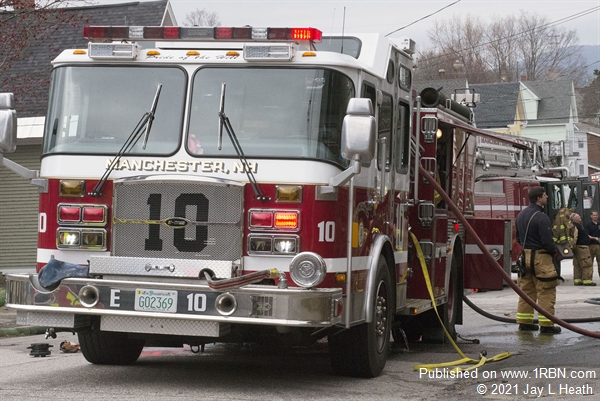 MANCHESTER, NH - On March 30th, a veteran Manchester Police Officer and Hillsboro County Sheriff ran into a burning building and alerted residents that were still inside when a garage became fully involved as fire advanced into the attached house. The house, located at 352 Lowell Street, was filled with smoke as the officers located residents on the first and second floors and warned them of the fire. One officer suffered smoke inhalation and was taken to the hospital for a check up. Manchester firefighters found an attached garage fully involved on arrival at 9:30 A.M. as the fire extended to the attic of the house. A second-alarm was also transmitted and mutual aid was brought into the city to cover the empty firehouses. The fire was knocked down in about 45 minutes and extensive overhaul was needed. No other injuries were reported, and the fire is under investigation.