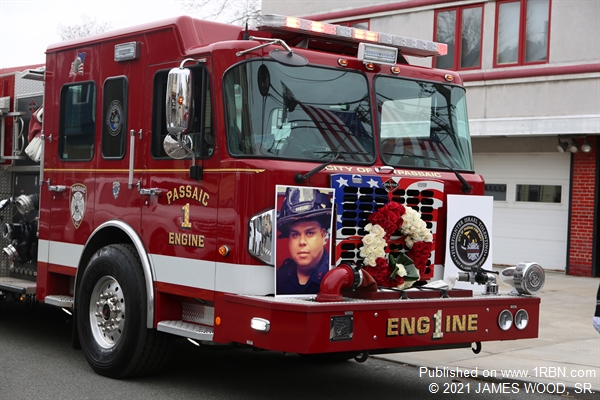 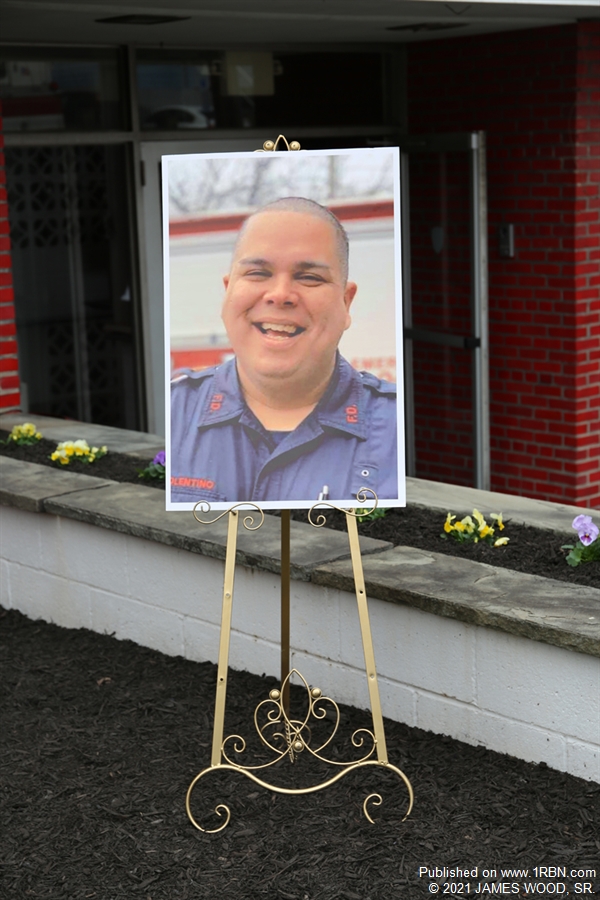 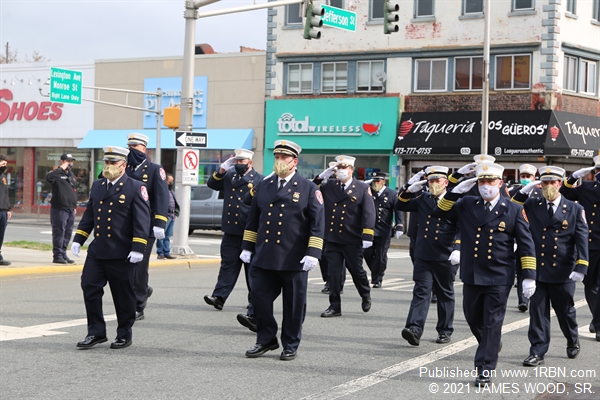 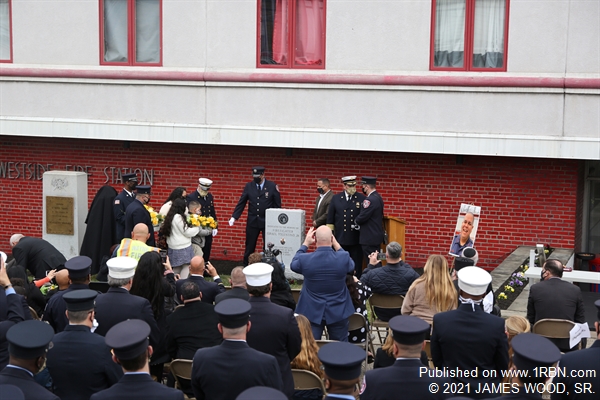 Passaic, NJ - Passaic Firefighter Israel Tolentino, Jr. was the first firefighter to die of COVID-19 in New Jersey last year on March 31st. There were no proper services for him; his brother firefighters could not give their condolences to the family or pay their respects to him because of the social distancing.

Firefighters had to remain on their trucks, with the number of men allowed on the trucks limited, and all had to wear face masks. There was no final call, no Amazing Grace being played by bagpipers. Neighboring fire departments were told not to come.

Passaic firefighters said this was not right. Their brother lost his life and they could not do anything about it. They told his family that when they could do proper fire department services, they would carry out the traditions of the city's bravest.

This time, there were bagpipers and drummers from Passaic County Pipes and Drums, joined by city firefighters and EMTs from St. Clare's and other fire departments from other towns in the sea of blue that marched down Jefferson St. from east side fire headquarters to the west side, where Tolentino was stationed. They were followed by a procession of fire apparatus from the city and other towns, both paid and volunteer.

Chief of the department, Patrick Trentacost, led the ceremony. "We're here today to give our brother Izrael the proper fire department service he deserves, and to uphold our promise to his family that no brother gets left behind, and to unveil a monument in his name," said Trentacost.

Dignitaries from the City, County and the State were there to pay their respects and to give their support to the family.

Hundreds flooded the streets of Paulison Ave. to pay their respects to this man that was robbed of his life way too soon. He loved being a firefighter and EMT. He came on the department in 2018 and loved everything about it.

Izzy, as everyone knew him, loved helping everyone. He was known throughout the city, always volunteering his services somewhere. He also worked as an EMT for Saint Clare’s hospital on his days off.

Tolentino answered his final call, as it is said in the fire service.

REST EASY BROTHER, WE GOT IT FROM HERE.