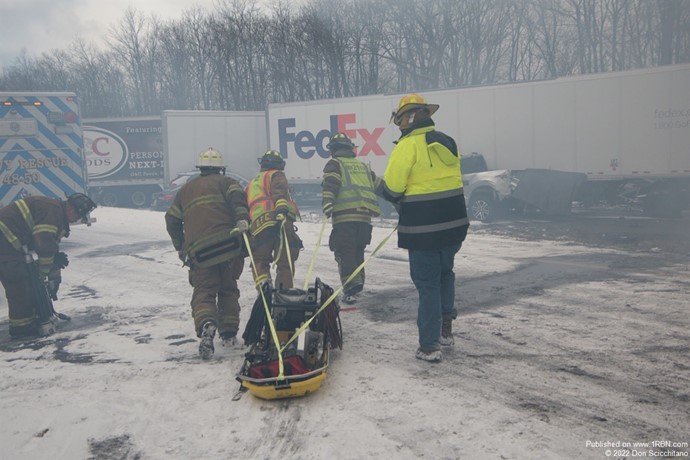 Photo by Don ScicchitanoFirefighters drag extrication gear through the scene trying to get it to where it's needed. 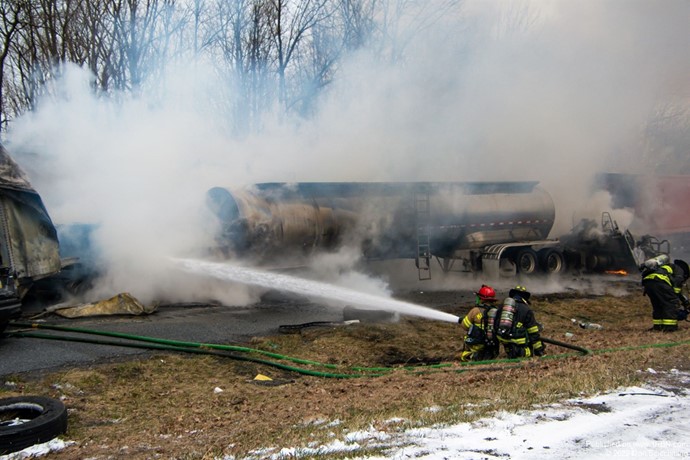 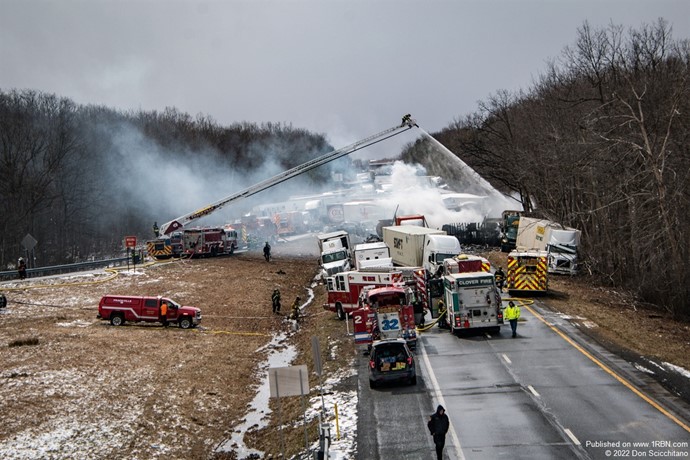 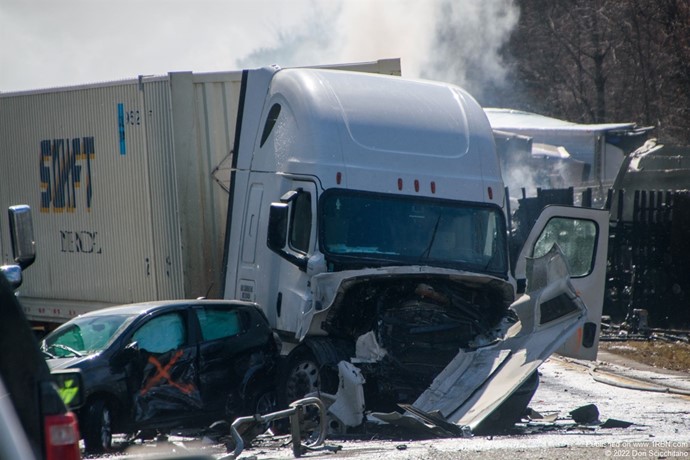 Photo by Don ScicchitanoThe very front of the accident.

Crews were originally dispatched to a reported 20-car accident at mile marker 116.1 northbound, but by the time they arrived it was closer to 80 vehicles involved due to low visibility and slick conditions.

While en route, crews were notified of a working fire with explosions and several people reportedly entrapped, and arrived to find a tractor-trailer and other vehicles well involved. Command quickly began to call for extra equipment and tankers to help fight the stubborn fire. Eventually, command had a ladder truck dispatched to help extinguish the fire from above due to crews not being able to get as close because of the many wrecked vehicles.

Responding units also had to navigate through slick roads, with several leading to the scene being undrivable due to the weather as well as tractor-trailers all over the roadway. The Interstate was closed for almost 40 hours as crews worked to clear the debris. It was reopened around 12:30 A.M. Wednesday morning.

Pennsylvania state police reported that 75 people were walking wounded, 24 were transported to local hospitals, and six died as of Wednesday morning. A total of 39 commercial vehicles and 41 passenger vehicles were involved in the pile up.