Cigarettes in Mastic Get Smoked...Literally 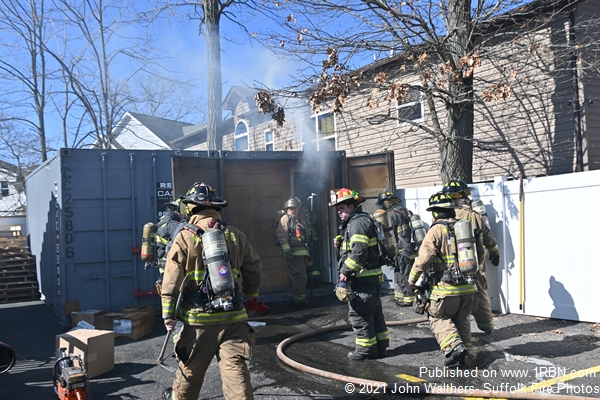 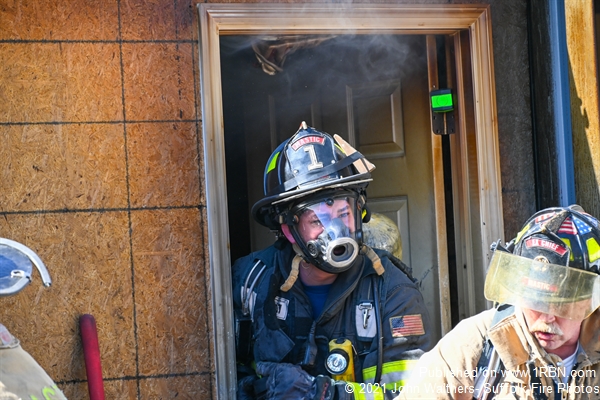 Photo by John Walthers- Suffolk Fire PhotosFirefighter Danny Greene working inside the trailer assists with removing cigarettes from it. 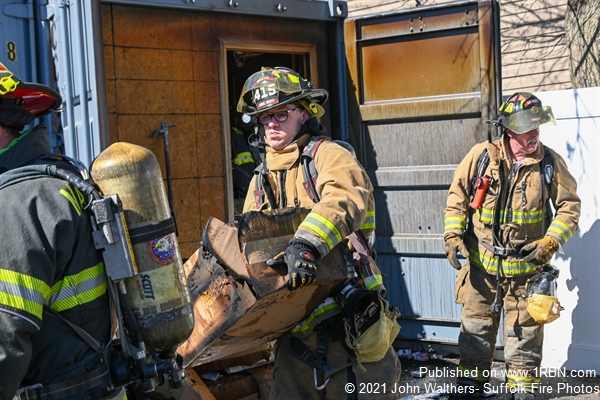 Photo by John Walthers- Suffolk Fire PhotosFirefighters remove boxes of cigarettes from the trailer fire on the Poospatuck Indian Reservation. 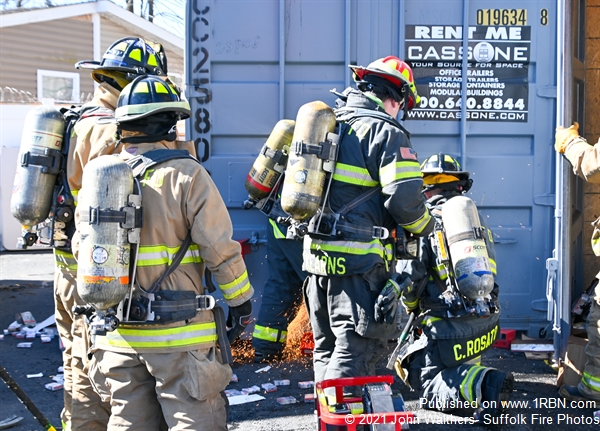 Photo by John Walthers- Suffolk Fire PhotosMastic Firefighters had to cut the lock on the 2nd trailer to gain accesses. 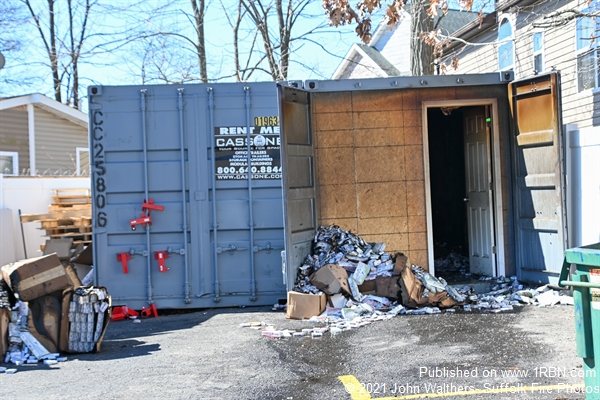 Photo by John Walthers- Suffolk Fire PhotosA pile of burnt cigarette packs and cartons remains against the trailer after the fire is put out.

MASTIC, NY - On the morning of Saturday, March 27th at about 11:50 A.M., the Mastic FD was activated to respond for a report of a structure fire at the Smokers Outlet on Squaw Lane in the Poospatuck Reservation.

Lieutenant Rudy Sunderman [5-12-70] was first to arrive on scene and advised Assistant Chief Gene Martucci [5-12-31] that he had smoke showing from some Casone trailers on the side of the building. Sunderman asked for the first due unit 5-12-1 to stretch a line to the trailers.

Engines 5-12-1, 5-12-2 and 5-12-3 all responded to the scene. On arrival the line was stretched from unit one and firefighters gained access to the first trailer/storage unit. They quickly went to work dousing the inside of the trailer, which was filled with burning cigarettes.

Assistant Chief Martucci then ordered them to gain entry to the second trailer, which they needed to use a saw to cut the lock on to get in to. After gaining access it was determined that the contents of the second trailer/storage unit were not on fire.

Firefighters did overhaul removing the smoking cigarettes from the first trailer and ensured that there were no hot spots. The scene was brought under control in less than 40 minutes. The cause of the fire was being investigated by the Fire Marshal's Office.