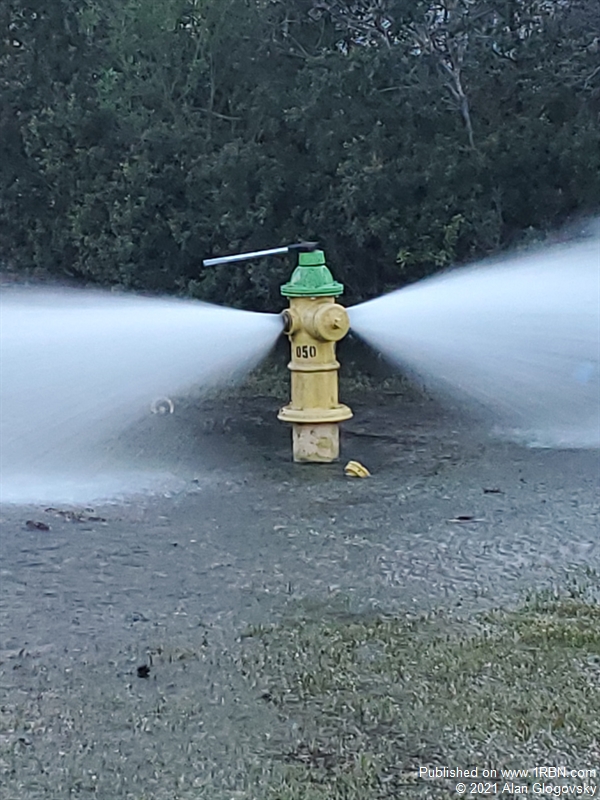 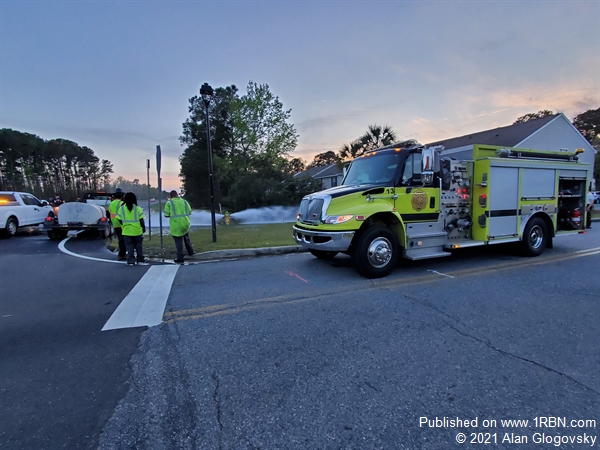 Savannah, GA - On March 23rd at 7:00 P.M., Chatham County Emergency Services were notified of an open hydrant. Upon arrival of E-13, it was discovered that a construction crew refilling their water tank broke the valve, preventing from the hydrant from being closed. Crew of E-13 attempted to locate the street shutoff, but was unable to. Savannah Water Authority had to shut down the main, but not before approximately 40,000-gallons flowed out of the hydrant into the rear yards of the apartments at Fords Pointe Apartments and Townhomes.