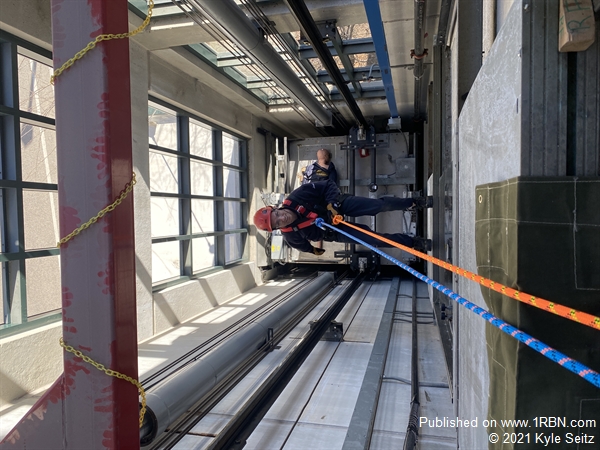 Photo by Kyle SeitzFirefighter Flaherty being lowered down to the victim on top of the elevator car. 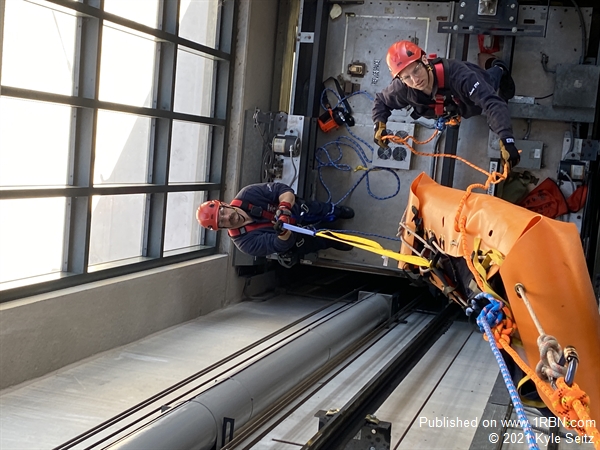 Photo by Kyle SeitzFirefighter Paige holding the tag line to keep the SKED off the wall. 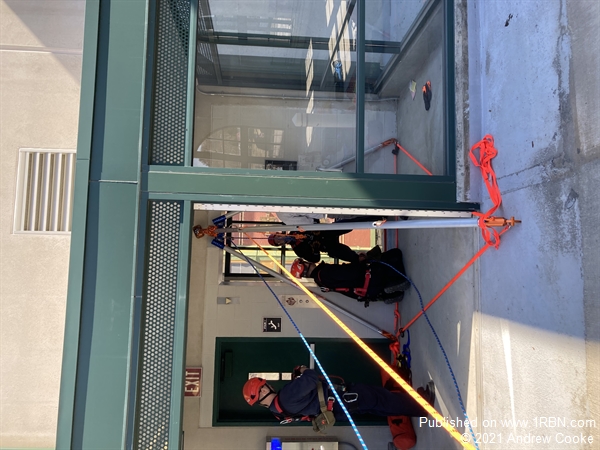 Photo by Andrew CookeFirefighters going down the elevator shaft at the Norwich Transportation Center. 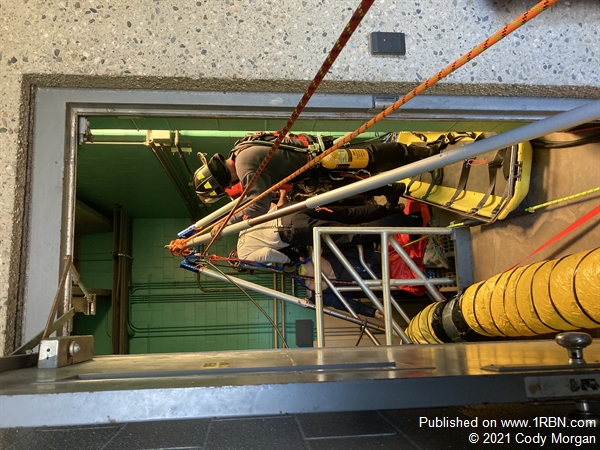 Photo by Cody MorganCaptain Curtin overseeing operations where firefighters had to go down about 30 feet to access the victims. 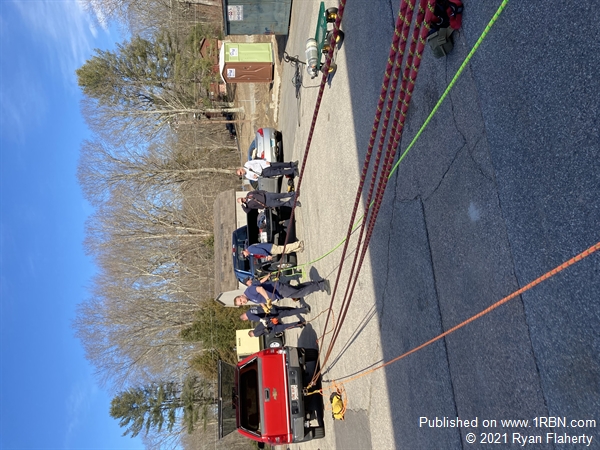 Photo by Ryan FlahertyFirefighters set up multiple haul and lowering lines throughout the week. 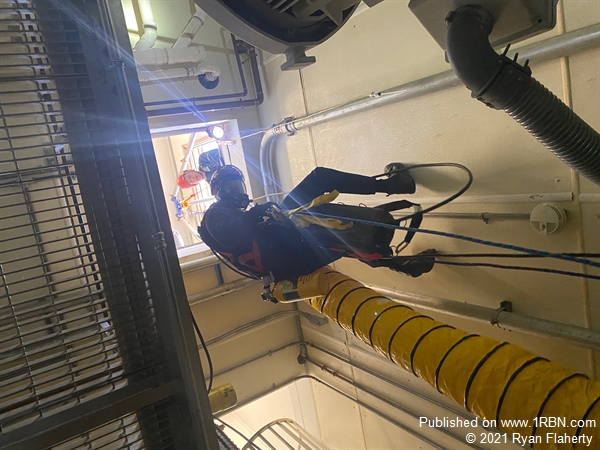 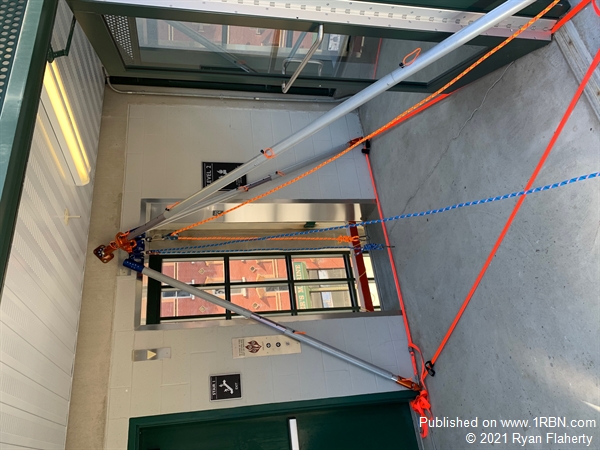 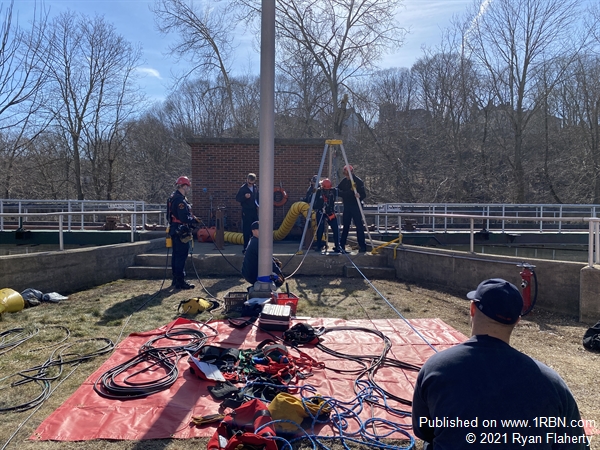 NORWICH, CT - In 2020, the Norwich Fire Department applied for and was awarded a grant through the International Association of Firefighters to host two confined space rescue technician classes.

Due to Covid-19, the classes were postponed until this spring. During the second week of March, firefighters from the City of Norwich and the Groton Submarine Base took the class, which started at Norwich Fire Headquarters.

The second class will be held in June with firemen from Norwich, New London and the Submarine Base.