Barn and Brush Burn in Griswold 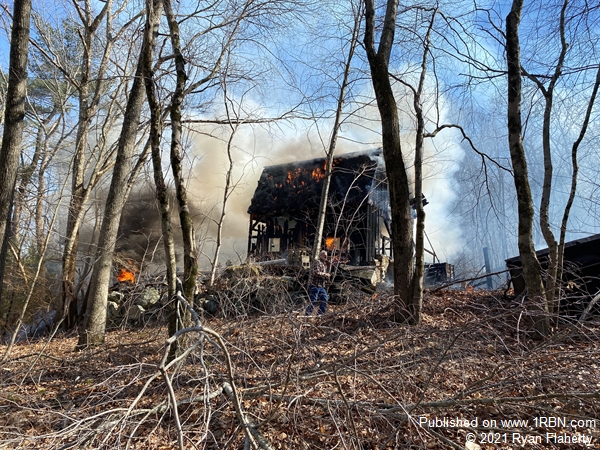 Photo by Ryan FlahertyThe barn was well involved upon the arrival of the first crew. 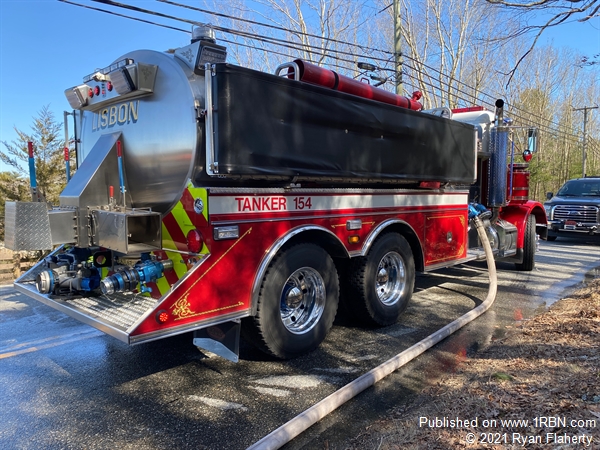 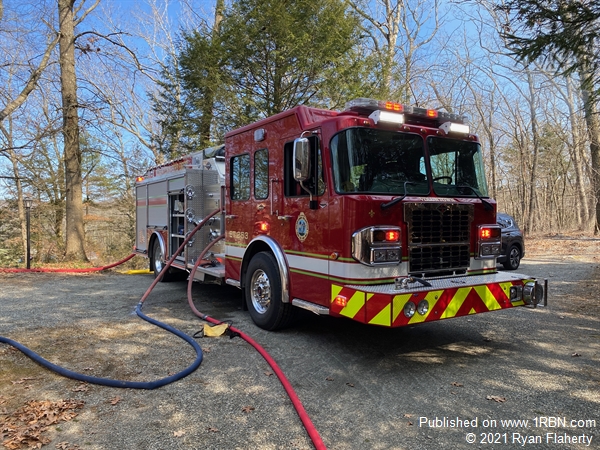 Photo by Ryan FlahertyVoluntown Engine 253 was first due and pumped three hose lines. 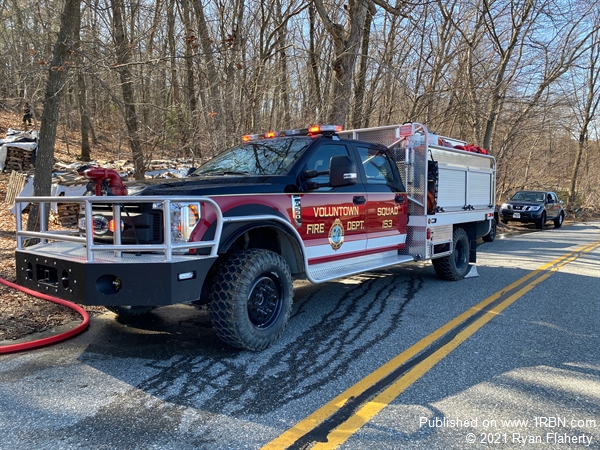 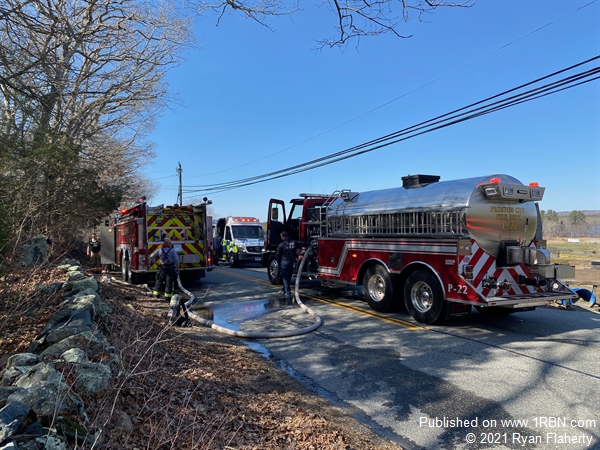 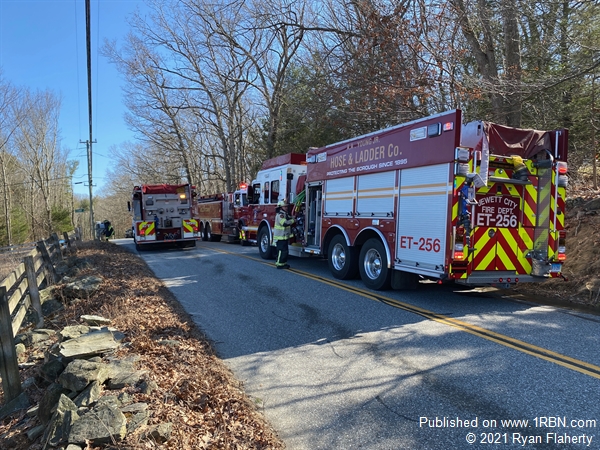 At 2:35 P.M., Car 655 reported a visible header and requested a retone for a working fire. Voluntown Engine 253 arrived at 2:38 P.M., positioned in the driveway and reported a two-story barn fully involved with vehicles burning. Crews stretched a two-and-a-half inch hose line to attack the barn fire and a one-and-three-quarter inch hose line for the truck that was burning.

Voluntown’s tanker arrived next and tied into the five-inch supply line that was hand jacked to the bottom of the driveway. At 2:44 P.M., Car 56 requested five additional tankers and a forestry unit. Lisbon, Baltic, Plainfield, Canterbury and Oneco’s tankers were dispatched.

Taftville Engine 21 was put to work fighting the brush fire which was extending up the hill. All of the tankers tied into Tanker 353, which relay pumped up the driveway. Most of the barn collapsed and crews remained on scene for a while fighting the brush fire. Engine 155 established the water supply to fill the tankers and the Griswold Fire Marshal’s Office is investigating.