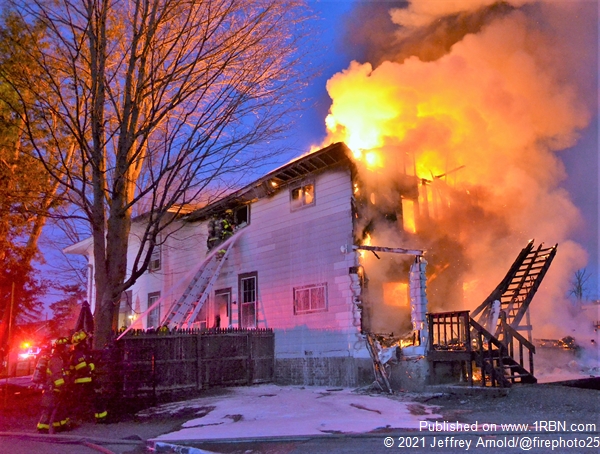 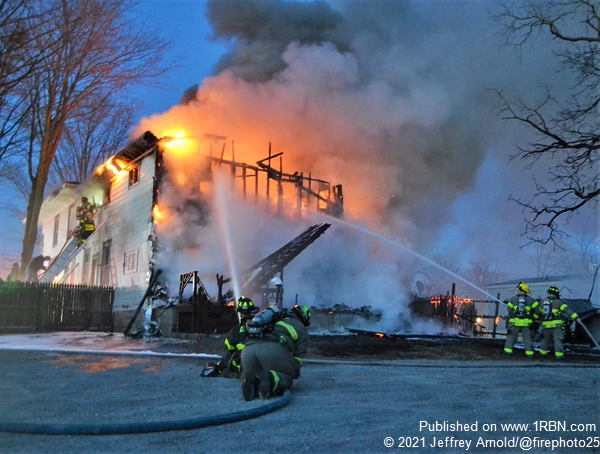 CALEDONIA, NY - On Saturday, March 20th at 7:27 P.M., the Caledonia, Mumford and Scottsville Fire Departments, along with East Avon (FAST), were dispatched to the report of a house fire with a person trapped at 4306 Caledonia-Avon Road in the town of Caledonia.

Officers from Caledonia and Avon Police Departments, along with Livingston County Sheriff's deputies, arrived on the scene and found heavy fire conditions in the rear of a large two-and-a-half story multiple dwelling.

Law enforcement officers tried unsuccessfully to reach a 21-year-old woman who was trapped on the second floor. Firefighters were later able to remove her from the structure, but she was unfortunately pronounced dead a short time later. All of the buildings' other occupants were able to safely evacuate.

Multiple fire departments from Livingston, Monroe and Genesee Counties responded as mutual aid and worked for several hours to bring the blaze under control.

Two firefighters and two sheriff's deputies were treated at the scene for minor injuries.

The cause of the fire remains under investigation by Livingston County Emergency Management.