One Person Killed in Head-On Crash in Shirley 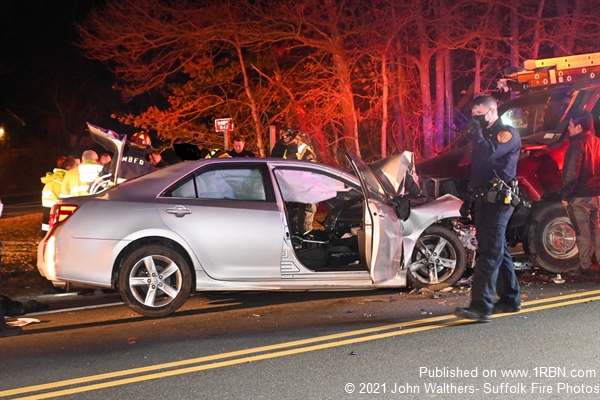 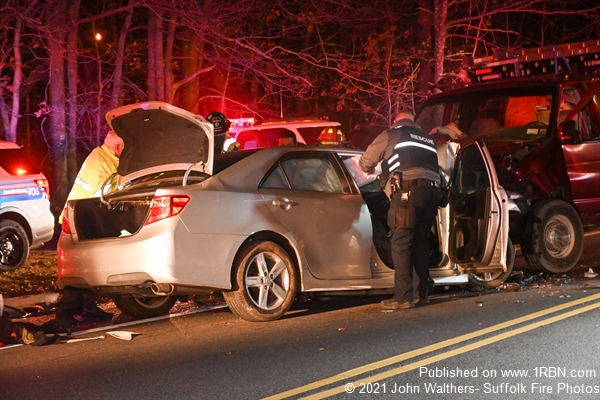 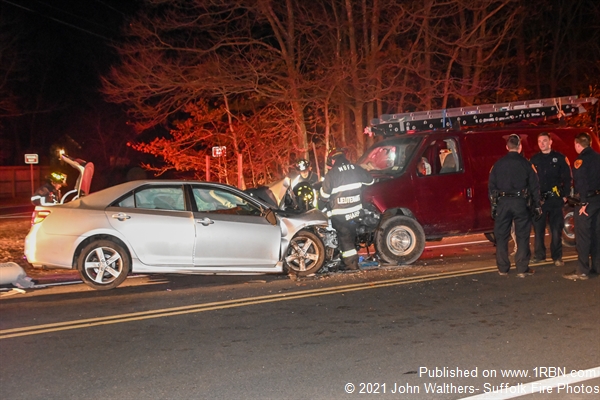 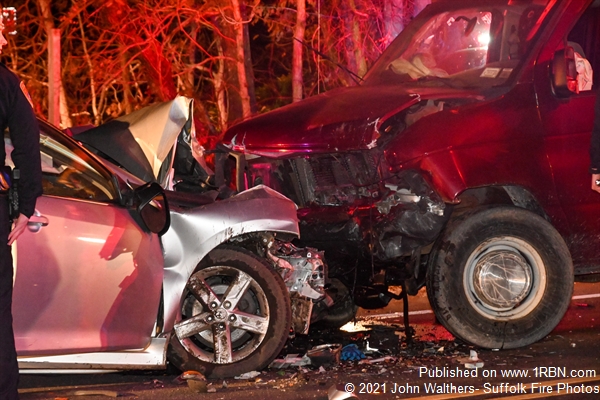 Photo by John Walthers- Suffolk Fire PhotosThe fronts of these 2 vehicles can be seen pushed in after a fatal head on crash in Shirley March 4th.

SHIRLEY, NY - On the evening of March 4th, the Mastic Beach FD and Ambulance companies were activated for a report of a vehicle crash on Havenwood Drive, off Neighborhood Road.

Assistant Chief Jeff McGown and Chief Fred Loiacono of Mastic Beach FD went enroute to the scene and on arrival, Chief McGown and Mastic Beach EMS Chief TJ Falah confirmed they had one patient trapped in the vehicle.

A rush was requested on an engine to respond with tools. Under the command of Chief Loiacono, firefighters and ambulance members worked quickly alongside police officers on scene to remove the female victim. The victim was in traumatic arrest upon removal and CPR was immediately performed.

The ambulance quickly transported the female to Long Island Community Hospital, however despite all efforts, she was pronounced dead at the hospital. The scene was turned over to SCPD for investigation.