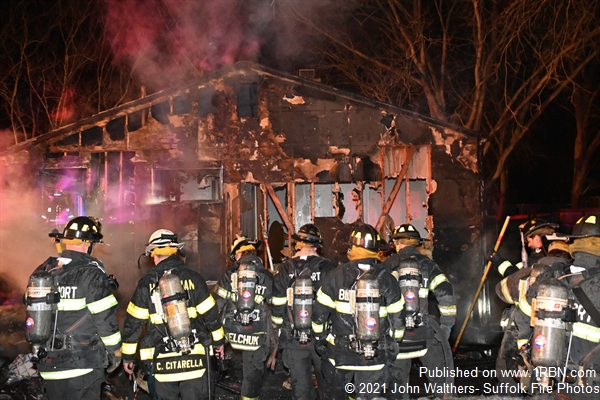 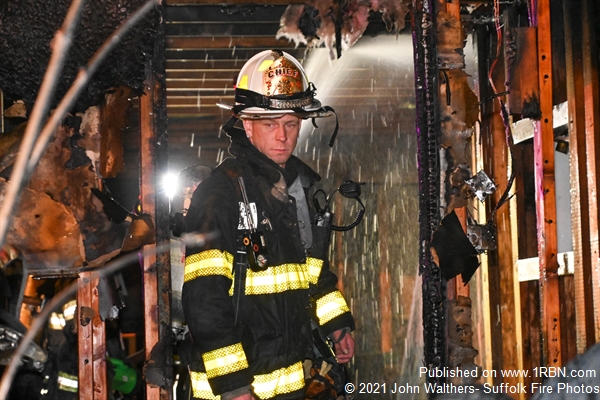 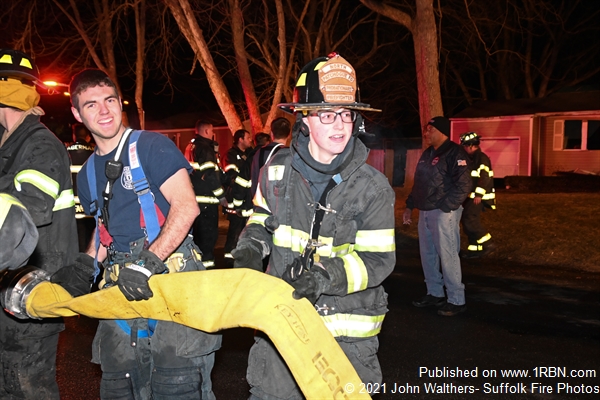 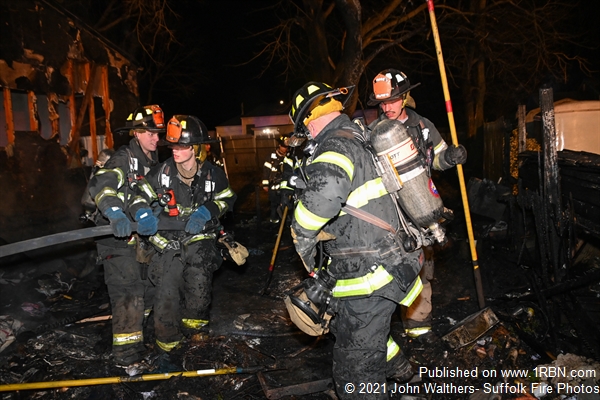 Photo by John Walthers- Suffolk Fire PhotosFirefighters knock down hotspots in the construction debris in the yard of this house fire in Patchogue. 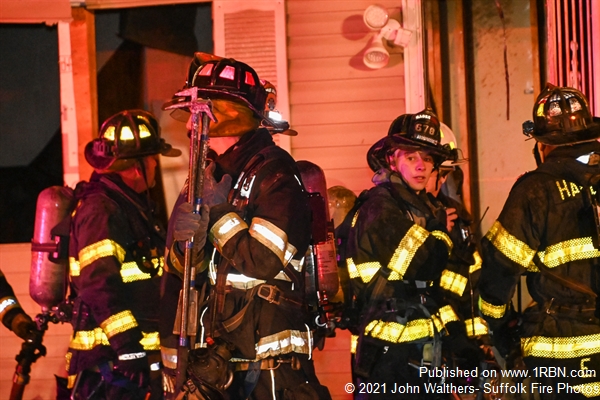 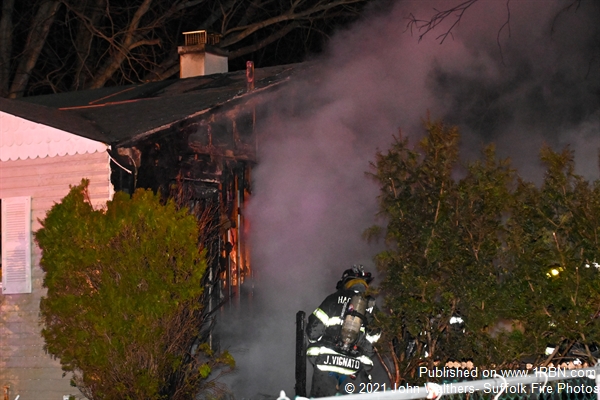 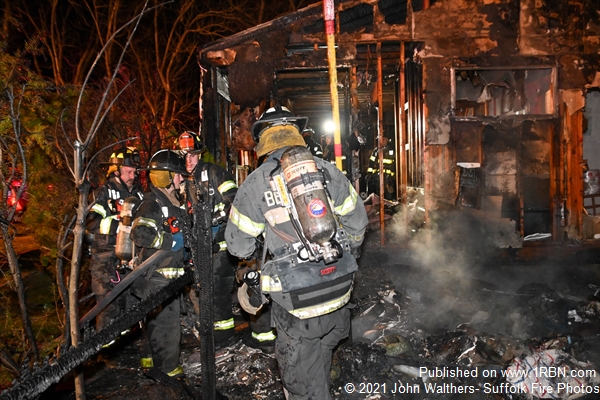 PATCHOGUE, NY - On Tuesday, March 16th at about 12:17 A.M., the Hagerman Fire Department was activated for a report of a structure fire on Amsterdam Ave., between Hampton and Louise. Mutual aid was activated from Bellport for one engine to respond to the scene, as per the mutual aid plan.

On arrival, Chief of Department Nicole Pannhurst [5-10-30] found heavy fire from the side of the home and mutual aid was also requested from North Patchogue FD to the scene. Responding units were advised as per Hagerman 30 to use caution due to low hanging power lines at the scene. First due units hit the hydrant and began to stretch lines to make an attack. Firefighters also secured the scene and tapped off access to the property near the downed power line.

Firefighters battled the fire during frigid temps in the 20's and were able to make a relatively quick knock down, preventing the fire from engulfing the entire home. The scene was placed under control at about 12:52 A.M.

Firefighters had some extensive overhaul to complete and were wetting hot spots for a little while later. Medford FD stood by at Hagerman's HQ for any additional alarms. All units went back into service by about 2:00 A.M., and the scene was turned over to the Brookhaven Fire Marshal.