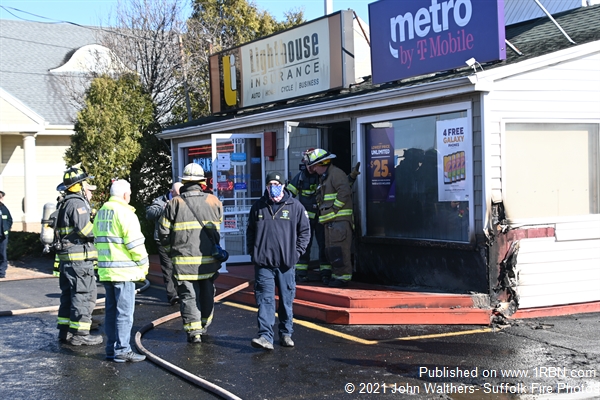 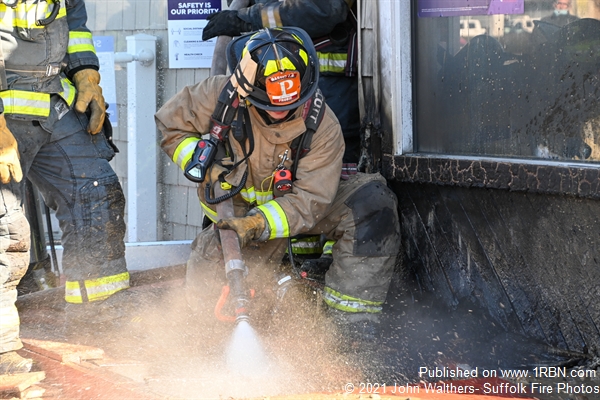 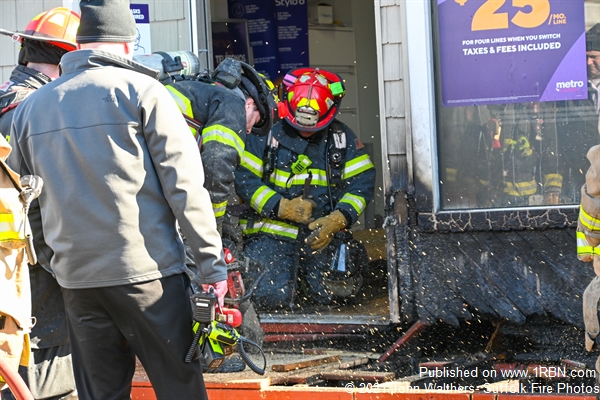 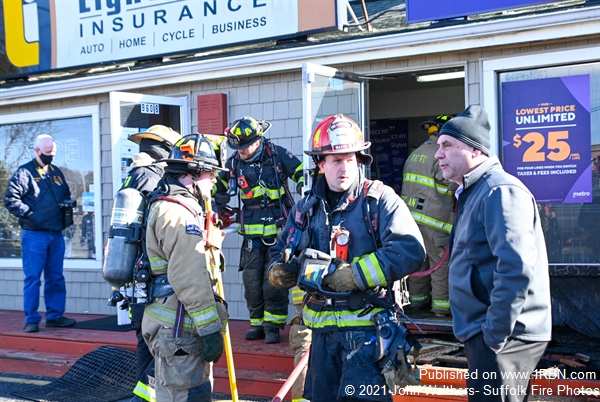 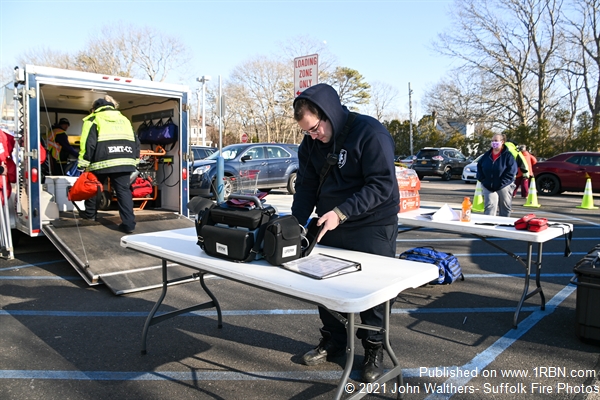 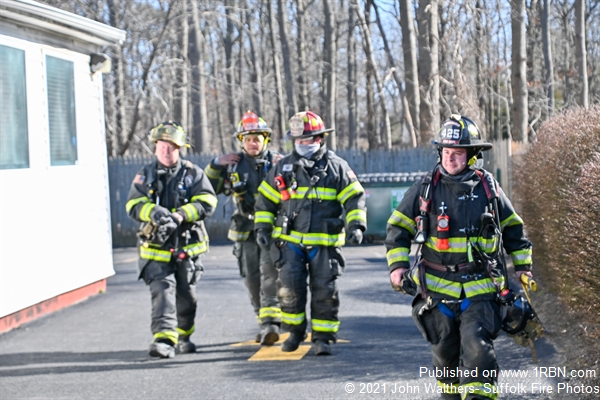 Photo by John Walthers- Suffolk Fire PhotosFirefighters from Mastic Beach and Brookhaven FD come to the front of the building at a commercial fire. 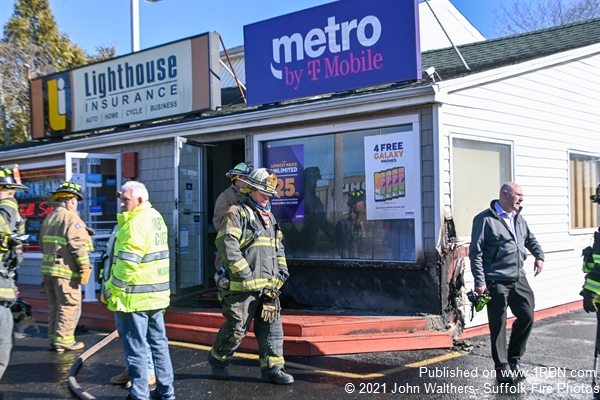 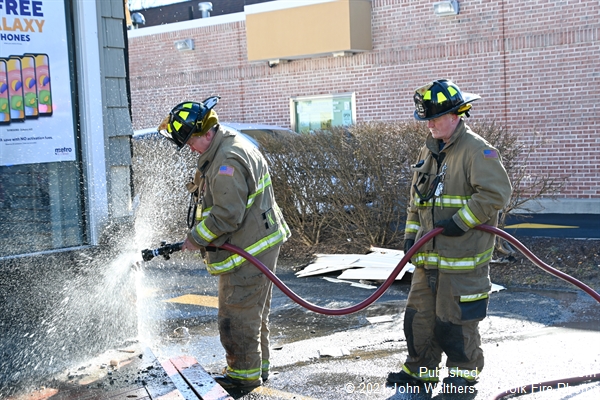 Photo by John Walthers- Suffolk Fire PhotosFirefighters Spray down the side of the building at this commercial fire in Mastics Fire District.

Shirley NY- On Monday March 15, 2021 at about 3:35 PM the Mastic Fire Department was activated for a report of a Commercial Structure Fire the TMobile Store 960 Montauk Highway. Chief Of Department Rudy Sunderman {5-12-30} & Assistant Chief Gene Martucci {5-12-31} responded to the scene first. On arrival Chief of Department Sunderman found smoke and flames visible exterior. The working fire was transmitted.

The first due engines began stretching lines. Mutual aid was requested from Brookhaven FD was requested for RIT team, Mastic Beach Responded in to the scene for an Engine and Yaphank was original requested to stand by at Mastics HQ The fire was able to be quickly knocked down with the resources on scene however firefighters did have a decent amount of overhaul. The scene was placed under control around 4:30PM according to fire officials. Mastic Ambulance Company and Shirley ambulance were on scene for support and conducted rehab at the scene of firefighters. No civilians or firefighters were injured. During the course of operating at this fire Mutual aid companies from Yaphank and Mastic Beach responded to 2 additional calls for reported fires both quickly handled and all units were back in service around 5PM with the 1st scene being turned over to the Brookhaven Fire Marshal Office and SCPD Arson Squad.