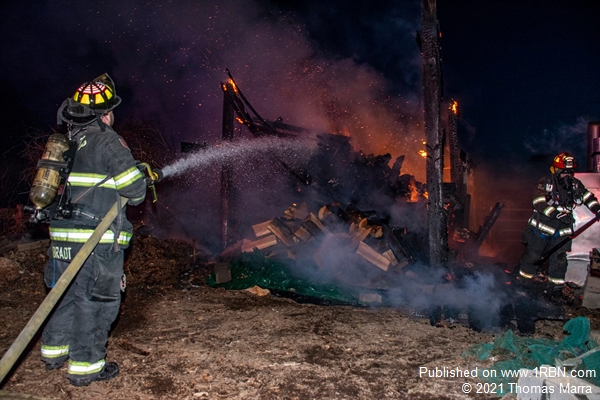 Photo by Thomas MarraA wood shed engulfed in flames may have started from a spark from a wood stove during gusty winds in Delmar. 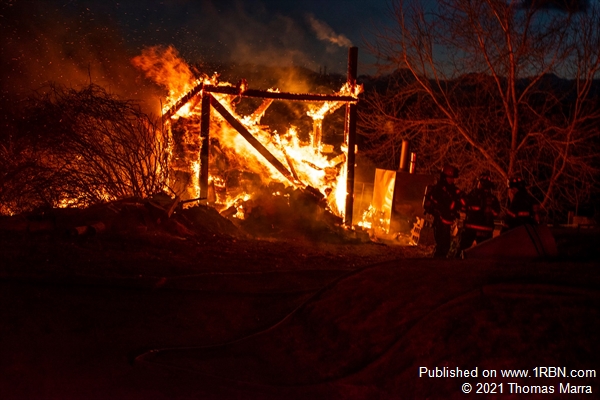 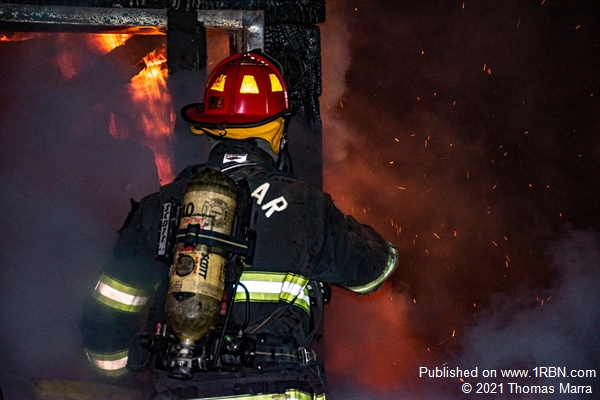 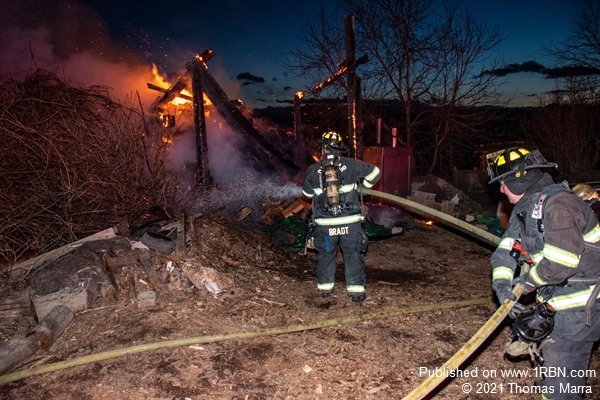 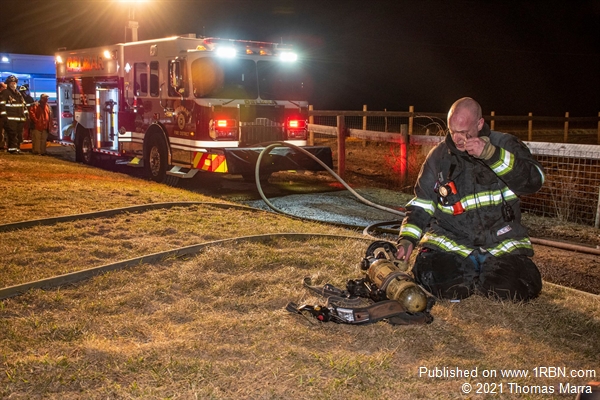 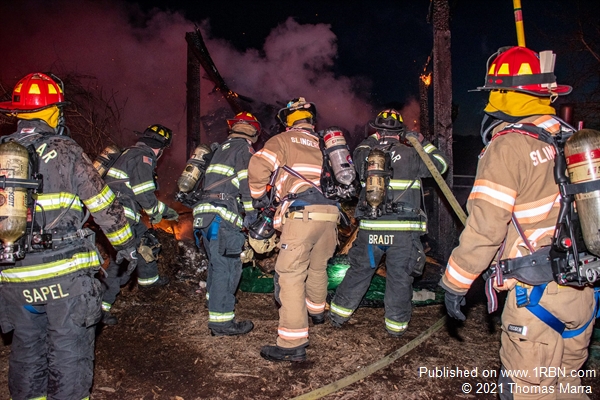 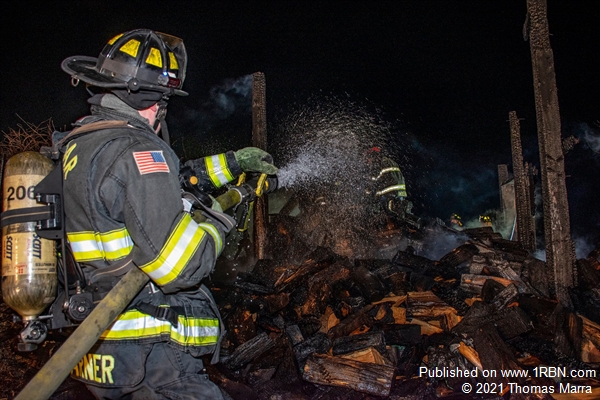 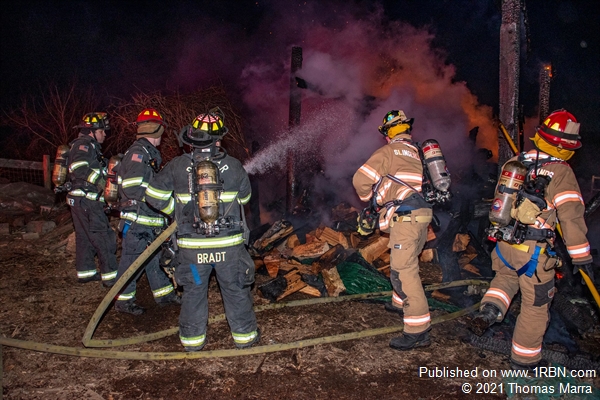 The Delmar and Slingerlands Fire Departments were dispatched to 304 Meads Lane for a report of a wood shed that was fully-involved in flames around 7:20 P.M. Members of the Elsmere and Selkirk Fire Departments responded with FAST team members in the event that the fire spread to the nearby house.

“Fortunately, the wind was blowing away from the house and towards an open field,” said Chief Dan Ryan of Delmar Fire.

There wasn’t much of a chance for it leading to a large brush fire because the field was mostly down to dirt because of the cattle, according to Ryan. He says the wood shed was nearly completely filled with tightly-stacked wood at the time of the fire.

The homeowner was able to assist firefighters in moving the wood piles so that fire crews could continue wetting the burning wood. It took approximately 30 minutes for crews to have the fire knocked down to the point where they were hitting hot spots in the wood piles.

Since this road has no fire hydrants, Onesquethaw Fire was dispatched as mutual aid to supply water to fire crews on the scene.

The owner of the home believes the fire started from a spark in the wood stove, according to Ryan. There were no injuries reported at the scene.