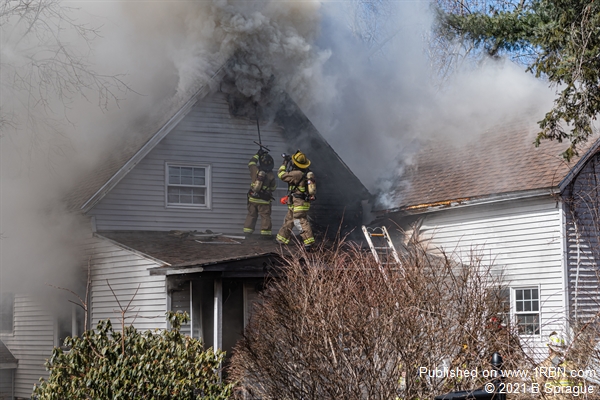 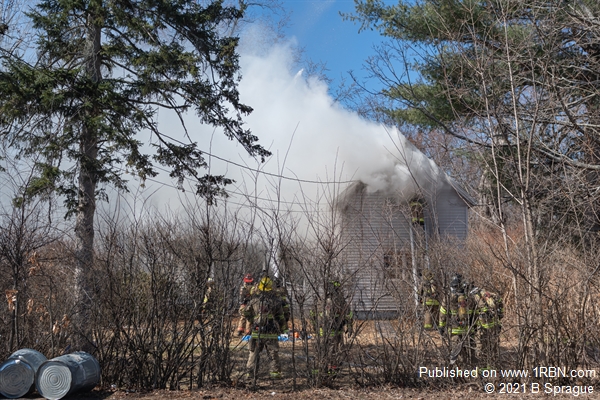 Photo by B SpragueHeavy brush makes ground ladders best use 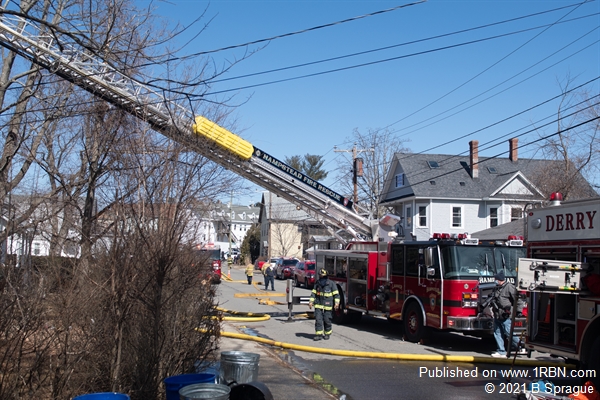 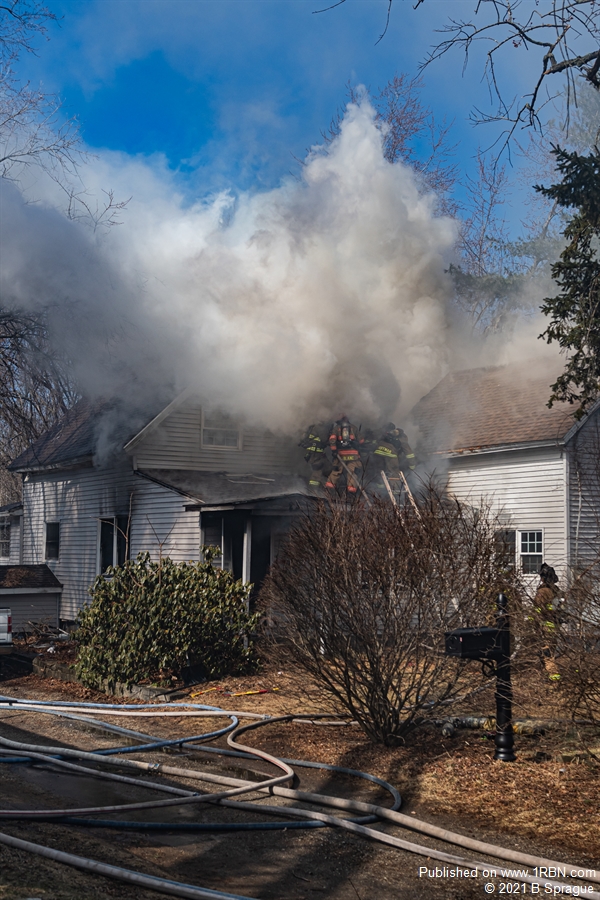 Photo by B SpragueHeavy smoke from building

Derry, NH - Derry Firefighters were having a busy day on March 15th with several calls going on at the same time, including smoke in a bank, a MVA with rollover, and then a house on fire at 23 Central Street. Fire alarm was working on backfilling the call due to companies being tied up. First due companies reported heavy smoke and fire from the roof area and a working fire was transmitted, bringing in more resources to the scene and to cover stations. Crews were hampered by the cold, high winds and a large amount of brush and trees surrounding the home, limiting the use of ladder trucks. Due to the extent of the fire all companies were ordered out of the home and had to work from the outside. The cause of the fire is unknown at this time.