Blaze Rips Through Garage and Home in Greenfield 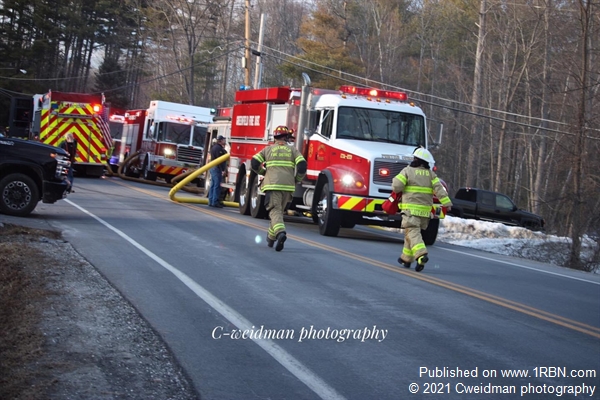 Photo by Cweidman photography Firefighters rush to scene to help put out the blaze. 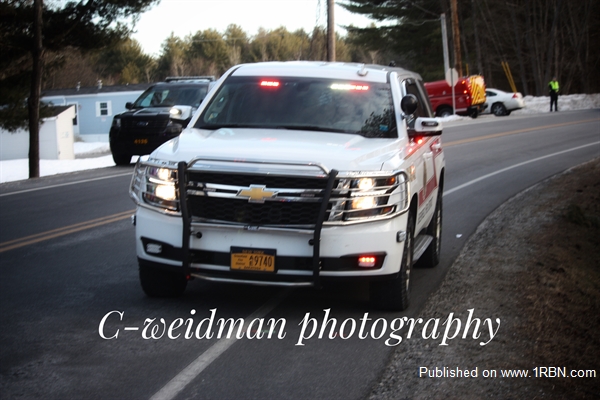 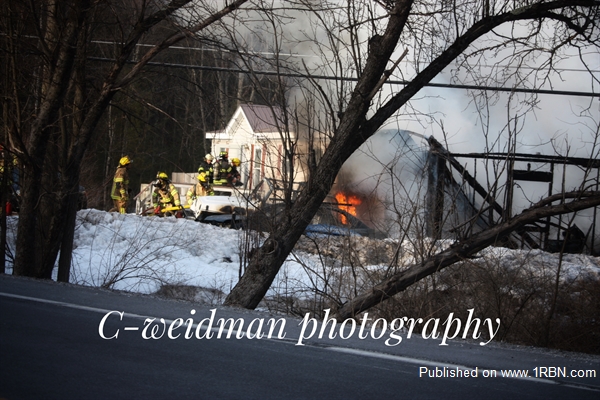 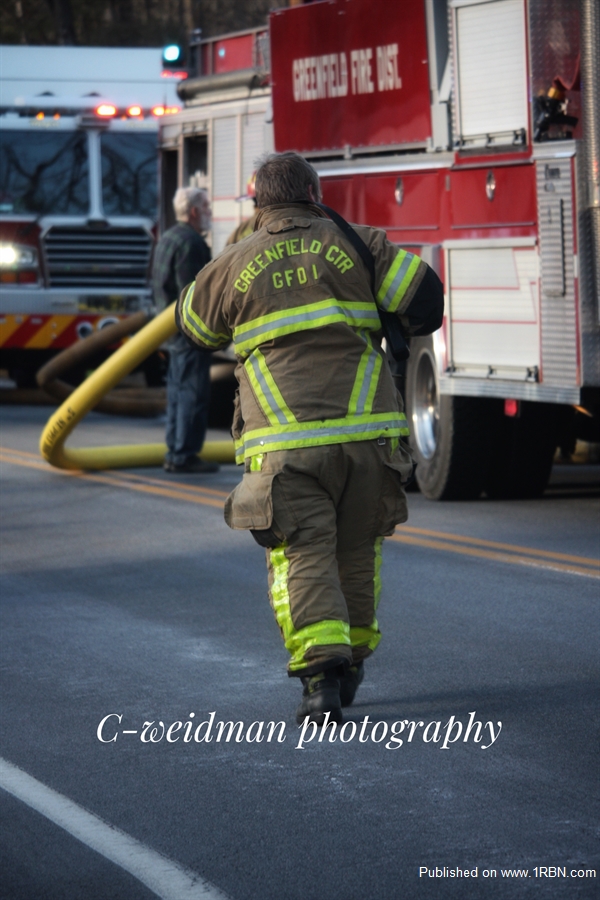 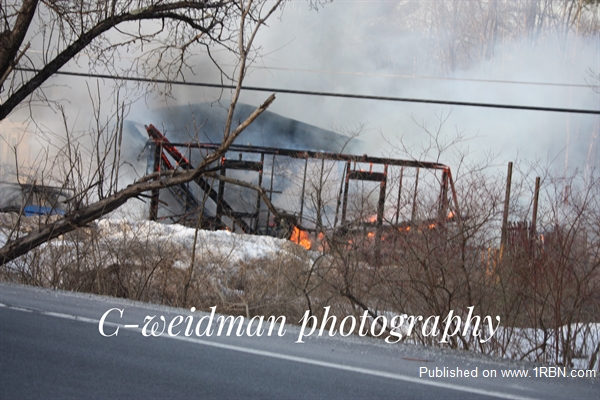 GREENFIELD, NY - On March 13th, all Greenfield companies were toned out for what was originally reported as a garage fire at 1117 North Creek Road. Upon arrival, Greenfield's chief declared a fully involved garage, car and house fire, and asked for a FAST out of the city of Saratoga and two tankers from Corinth FD to respond. The Red Cross was called to the scene to help out the family who was effected by the blaze. Rock City Falls and Wilton were put on standby for Greenfield to cover their district as they continued to battle the fire from inside and out. Cause and origin was called to the scene to investigate the fire.