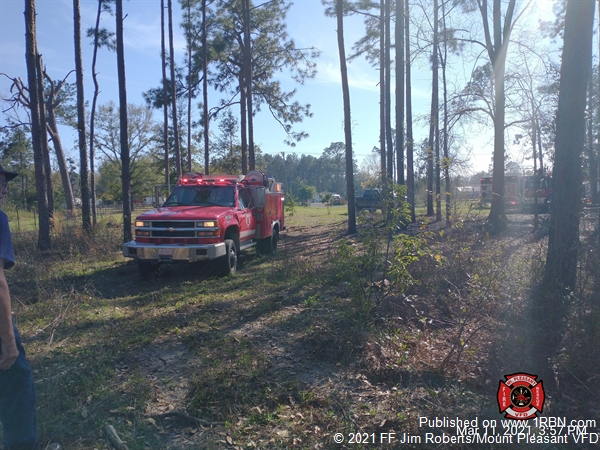 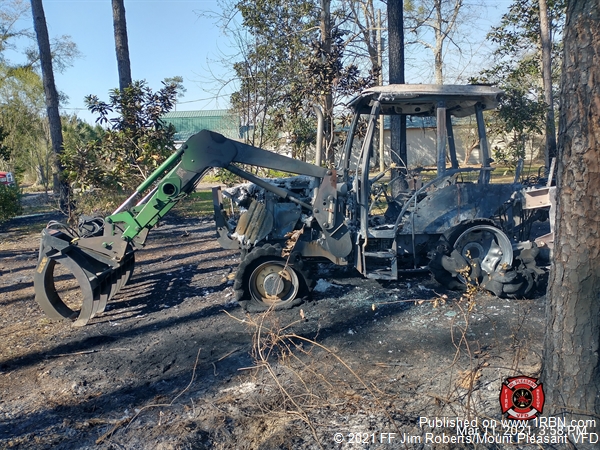 Photo by FF Jim Roberts/Mount Pleasant VFDTractor destroyed as a result of an escaped pile burn. 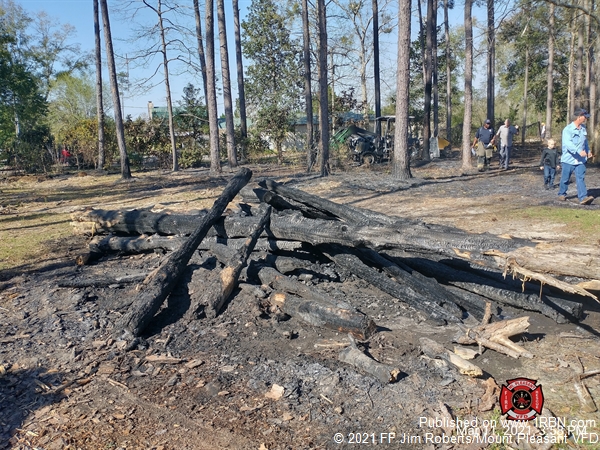 Chattahoochee, FL - On March 11th at 2:54 P.M., the Mount Pleasant Volunteer Fire Department was dispatched with several other agencies to a reported tractor fire in the 5300 block of Blue Star Highway.

Upon arrival, first due personnel found a fully involved tractor in close proximity to an active burn pile. Firefighters from the City of Chattahoochee and Mount Pleasant provided the initial attack on the fire, which had escaped from the pile burn to the surrounding brush and caused the tractor to catch fire. The initial attack was able to stop the spread of the brush fire and keep it contained so that efforts could be focused on extinguishing the tractor.

The property owner reported that they were clearing some land and burning the yard debris and several tree logs. At some point things were going well and the crew decided to step away for a quick break, during which time the wind had picked up. Upon their return they found that the pile burn had escaped, caught the surrounding brush on fire and ultimately catching the tractor on fire. There were two other piles burning on the property and due to the windy conditions those piles were extinguished.

Firefighters from Mount Pleasant, City of Chattahoochee, City of Gretna, City of Quincy and the Florida Forest Service responded to this incident.