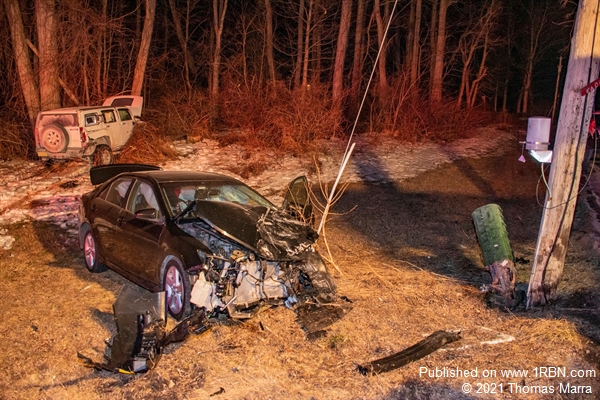 Photo by Thomas MarraA two-car crash closes an intersection in South Bethlehem and one driver was ticketed. 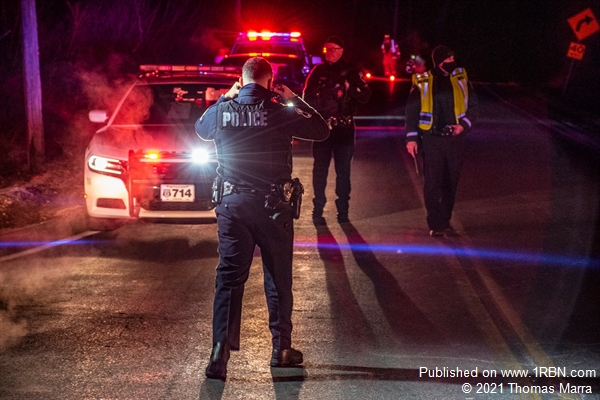 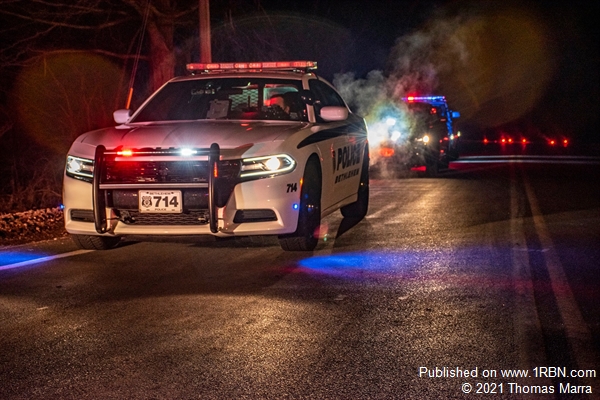 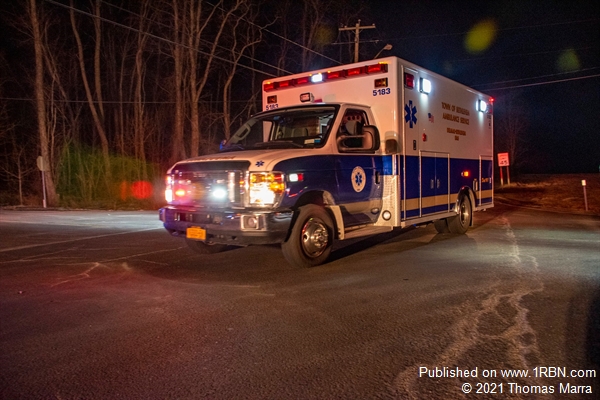 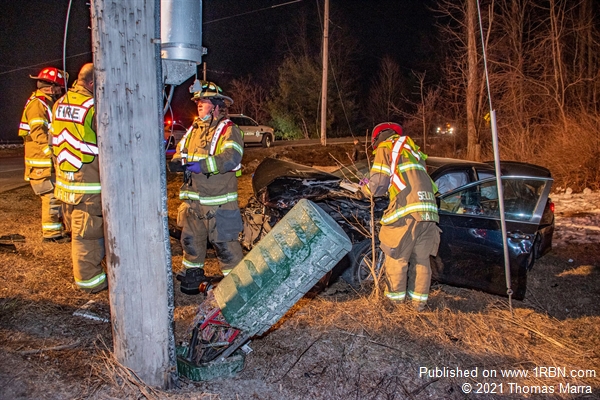 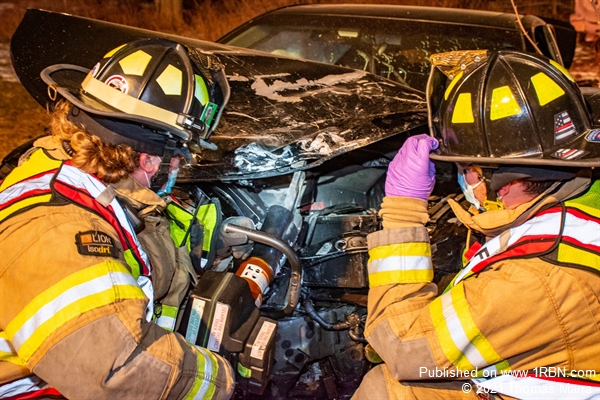 Photo by Thomas MarraFirefighters use a hydraulic combi tool to gain access to the battery of one of the vehicles. 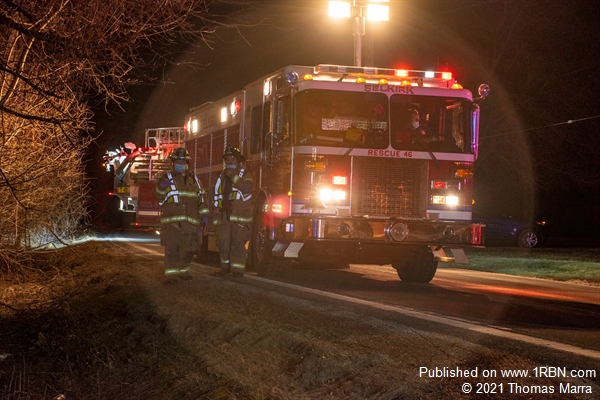 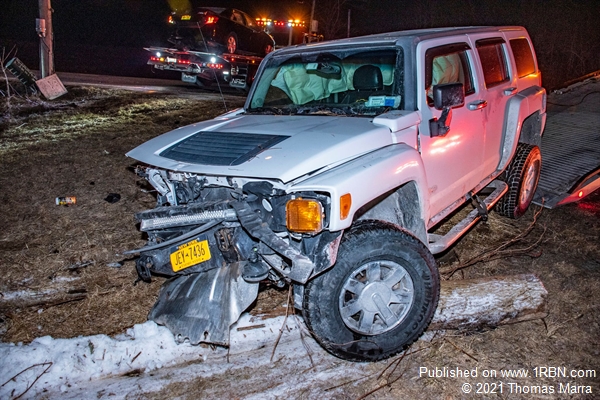 The Selkirk Fire Department responded with Delmar-Bethlehem EMS, Albany County Paramedics and Bethlehem Police for a reported two-car crash on Bridge Street at the intersection with Old Quarry Road around 8:20 P.M.

After an investigation it was determined that a 2013 Toyota Camry heading south on Old Quarry Road entered the intersection with Bridge Street, when the driver struck a 2010 Hummer that was headed west on Bridge Street, according to a statement from Sgt. Michael Whiteley of Bethlehem Police.

The collision caused both vehicles to exit the roadway and come to a stop in a wooded area on the Starr Road side of the intersection. The Camry struck a telephone pole and the Hummer came to a stop in the wooded area, according to the statement from police.

Selkirk Fire and Bethlehem Police completely shut down the four-way intersection while crews were working on the scene and while the police department was observing tire tracks to investigate the crash.

The telephone pole did not receive major damage, but a fiber-optic box for the phone cables located next to the pole was destroyed on impact, according to Chief Joe Michaniw of Selkirk Fire. National Grid and Verizon were notified to further assess the damages and make the proper repairs.