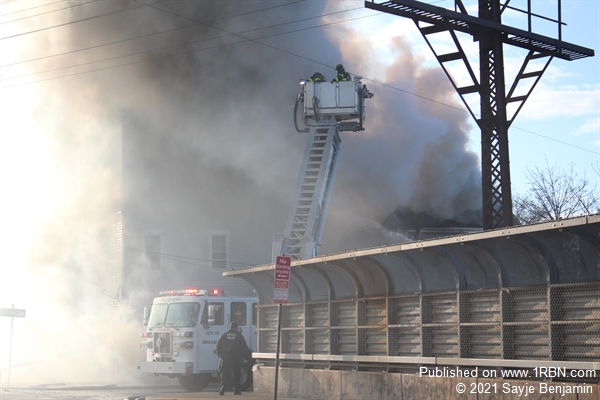 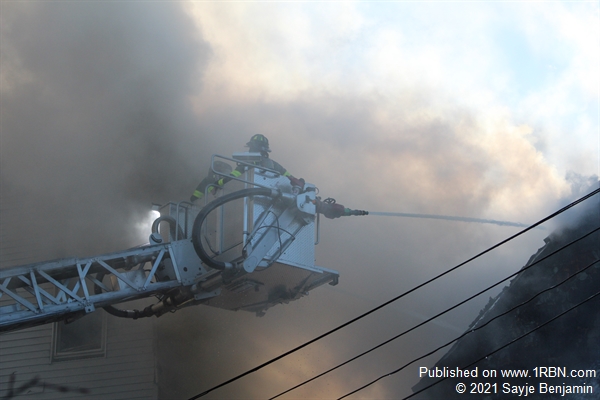 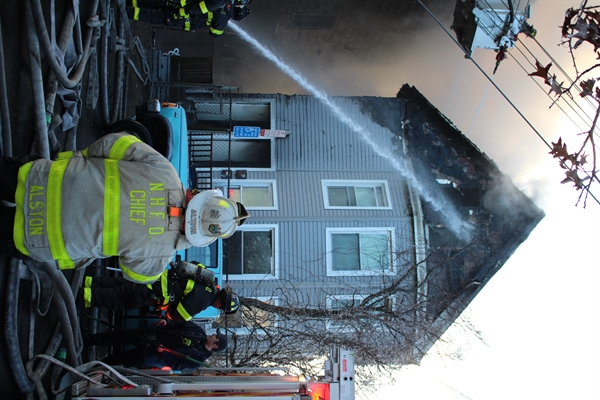 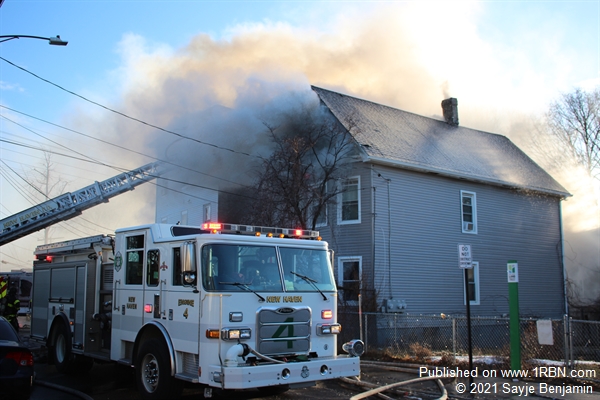 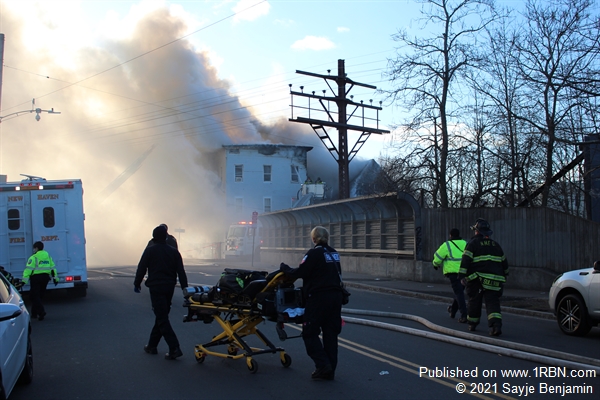 Photo by Sayje BenjaminAMR crews wheel a stretcher to staging with heavy smoke in the background.

New Haven, CT - Around 4:00 P.M. on March 4th, the New Haven FD responded to a reported structure fire at the corner of Lamberton and Arthur in the "The Hill" section of the city.

Engine 11 quickly reported a column of smoke as they pulled out of quarters. On arrival, Engine 11 called a working fire on a large three-story, wood-frame with fire on all floors. A second-alarm was soon struck, bringing additional resources in as the fire extended to the neighboring dwelling. Several special calls were made and many additional units responded to this fire.

Companies engaged the fire in a defensive position soon after arriving, with Chief John Alston taking command of the scene. There was minor extension to a building at 82 Lamberton St., across the intersection. Companies were able to go interior once the buildings were deemed safe enough.

Due to the extreme wind of the day, much of the smoke remained at a low level and made its way southeast through the city, causing air quality and traffic issues, as well as nearby alarms being set off.

Companies remained on scene well into the night mopping up. The NHFD Fire Investigation Unit is investigating the cause of the fire.