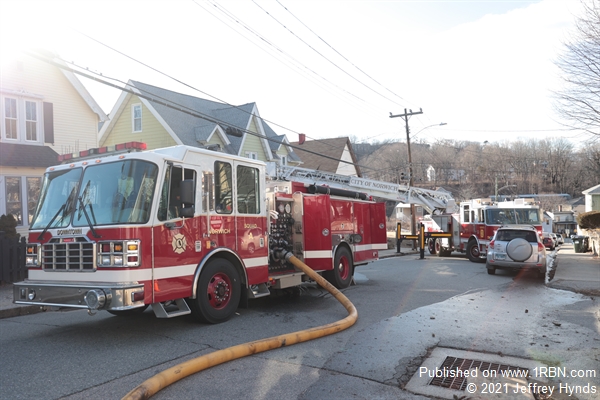 Photo by Jeffrey HyndsThe Squad had their own hydrant and the Truck was able to sneak the aerial under the power lines. 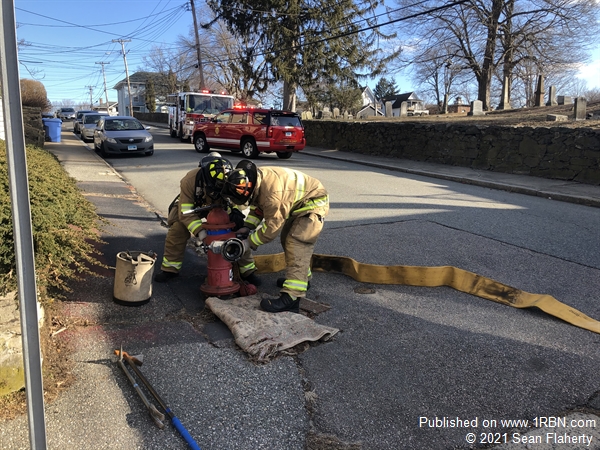 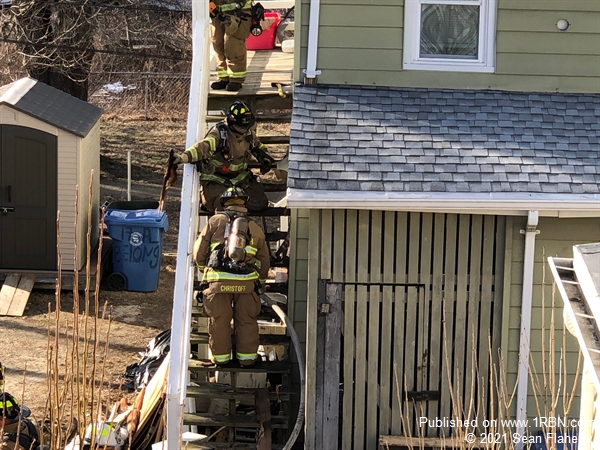 Photo by Sean FlahertyFirefighter Christoff had the nozzle while crews opened the rear wall.

At 3:35 pm on Saturday, 3/6/2021 the Norwich Fire Department was dispatched to Oak Street for a reported house fire. While responding, dispatched updated companies that they received a second call from a person reporting smoke coming from the back of the house and that they can also see it on their cameras.
Battalion 1 and Squad A arrived at 3:40 reporting smoke showing from the rear of a 2.5 story wood frame residential apartment house. Squad A stretched a 1.75” hose line to the rear of the house where they found fire extending up the rear wall. Engine 3 assisted the Squad with their water supply and sent the rest of their crew into the first floor. Truck 1 set up in the front flying their aerial to the roof and threw a ground ladder on the delta side. Two members of the truck crew performed the primary search and checked for extension on the second floor. Engine 2 assisted the Squad with getting their line to the rear and then opened the wall from the outside while Engine 3 opened it from the interior. Crews held the fire to the first floor rear apartment and the Norwich Fire Marshals Office is investigating.