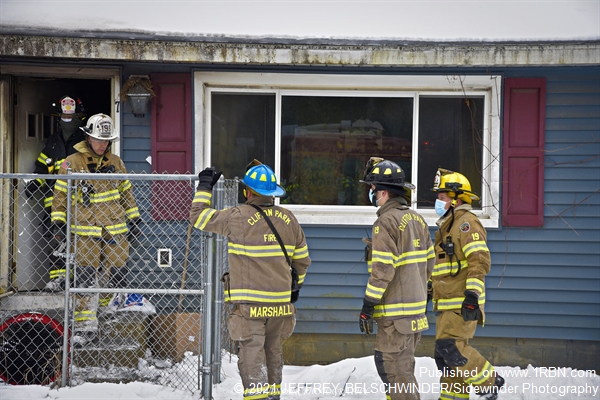 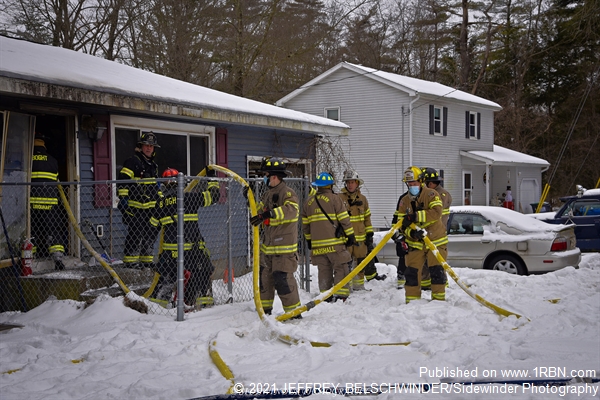 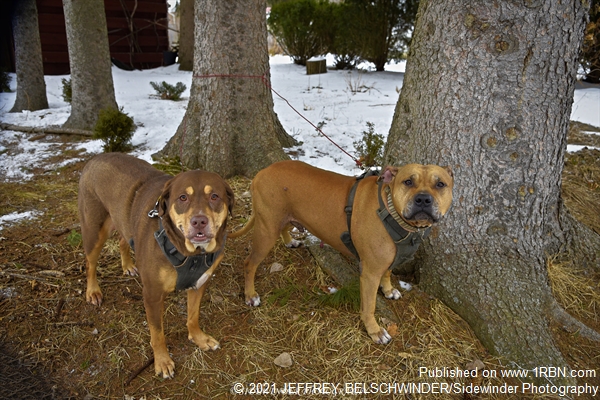 Clifton Park, NY - On February 14th at 9:30 A.M., the West Crescent FD, along with mutual aid from Clifton Park FD and Boght FD for their FAST team, were dispatched for a reported structure fire at 7 Manchester Drive. The caller reported a mattress fire in the bedroom. The first arriving chief had smoke showing from the structure and notified the dispatcher that he had a working structure fire.

While approaching the front of the building, the chief noticed heavy black smoke stains on the front windows, and he could hear dogs barking in the back of the residence. The chief went around to the back and found two large dogs barking in a gated area with a rear sliding glass door and heavy smoke banking down to the floor. Command began to yell into the residence where the dogs were and made contact with the homeowner, who was inside of the home. After communicating with the homeowner, he was able to successfully get the individual out of the house.

As the first arriving engine pulled up on scene, crews deployed the large diameter hose around the fire hydrant and laid in. EMS arrived on scene, placed the homeowner in the back of the rig and began to administer oxygen for smoke inhalation. Firefighters removed the dogs from the home and tied them off to a tree near command.

Firefighters pulled a one-and-three-quarter inch hand line to the front door of the house, where heavy black smoke was pushing from. Firefighters tossed the handline over the top of the gated off area in front of the house and had the pump operator charge the line.

As crews made their way inside of the house they discovered hoarding conditions and immediately notified command. Heavy fire started to push down the hallway from the bedroom towards the firefighters. They immediately opened up their hand line, driving the fire back into the main fire room.

The next arriving engine company deployed their manpower to the rear portion of the house and took out the side windows for horizontal ventilation. Firefighters made a push to the main fire room and quickly knocked down the fire. Crews then began to conduct overhaul and after completing primary and secondary searches, they confirmed that everyone had made it out of the house.

County fire investigators were brought into the scene to conduct their investigation into the cause of the fire. Firefighters remained on scene for over an hour conducting overhaul. Town code enforcement was brought in to handle the hoarding condition inside the house. The Red Cross was brought in to assist the homeowner.

The homeowner was treated and released by EMS. If it was not for the barking dogs in the rear of the residence, this could have turned into a different situation, as the dogs led the first arriving chief to where the homeowner was.

No firefighters were injured while battling the fire.