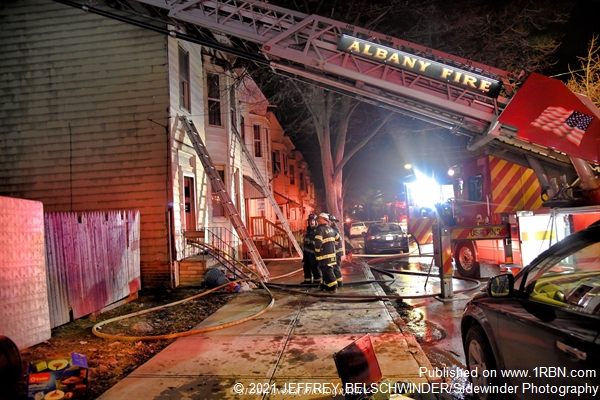 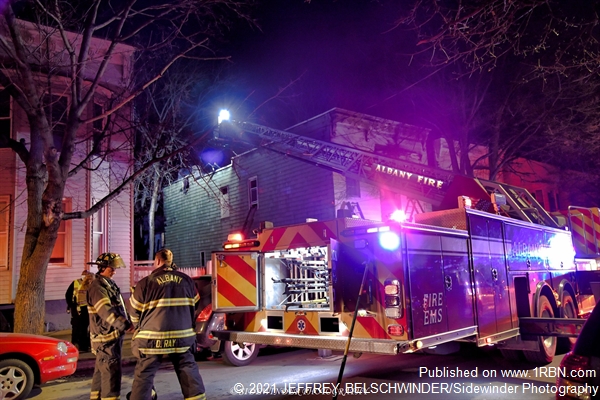 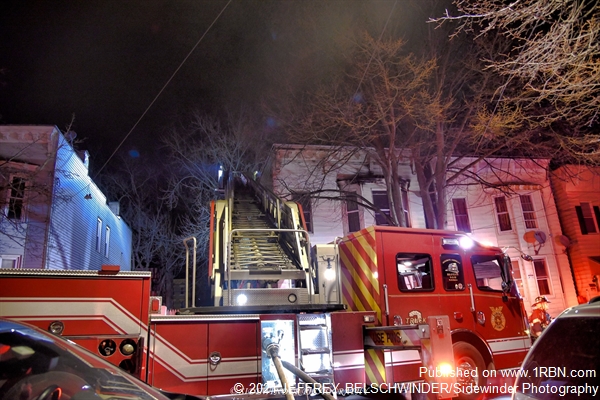 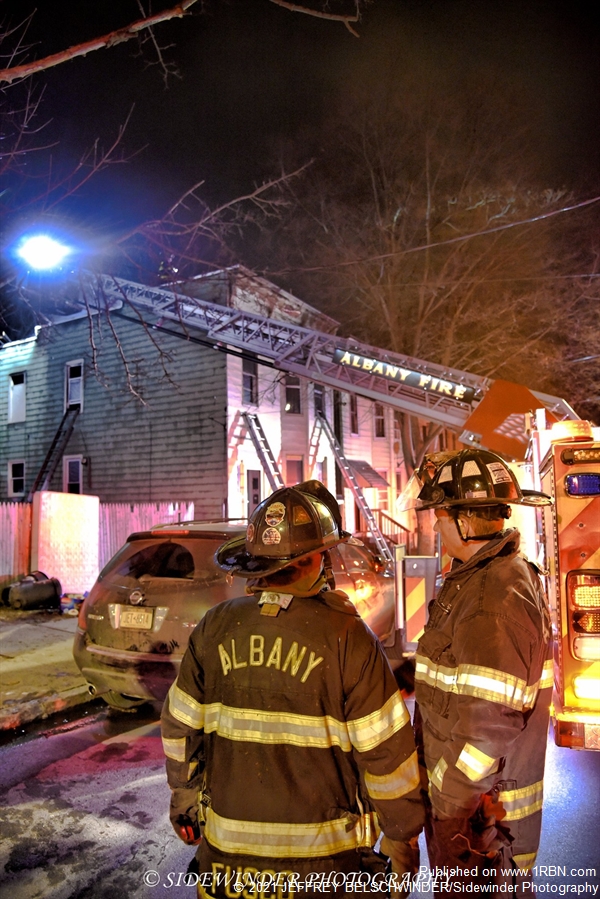 On March 3, 2021 at 9:15 PM, the City of Albany’s Fire Department was dispatched for an alarm of fire at 269 Sheridan Avenue. Engine two, Engine one, engine seven, truck two, truck one, rescue one, the rescue squad, mohawk ambulance, and the battalion chief was dispatched to the scene, the caller reported a fire on the second floor.

Truck two in route to the scene notified the dispatcher that they had smoke showing from a distance. As truck two arrived on scene, The officer of the truck company immediately declared the signal thirty as they had heavy fire in the rear of the structure from the second floor. Battalion two notify the dispatcher that he was in route to the scene. Battalion one arrived on scene and notified the dispatcher that they had a two-story balloon frame structure with heavy fire in the rear of the building and requested the frequency to be dedicated to the fire grounds. Engine one arrived on scene and immediately wrapped the nearby hydrant and laid into the scene. firefighters immediately deployed multiple hand lines to the second floor. Engine seven arrived on scene and completed the connection with the hydrant. Firefighters from engine one made their way to the seat of the fire. Truck two’s firefighters made their way to the roof and began to cut vent holes.

As firefighters were making the interior attack on the fire, civilian vehicles were running over the supply lines to the scene. Engine sevens driver requested the police department to step it up to the scene and to shut down the road. Command reported to the interior crews that they had heavy fire showing from the windows on the second floor of the structure and from the alpha and bravo sides of the roofline. Firefighters began to conduct an aggressive interior attack inside of the second floor of the structure while additional firefighters search the structure to make sure everyone was out. Firefighters in the bucket of truck two connected a hand line to the bucket connection. Firefighters on the roof began to knock down the heavy fire condition in the roofline from the vent hole as their was no firefighters operating below.

Firefighters were able to successfully knock down and bring the fire under control in about 25 minutes. Interior crews conducted a primary and secondary search of the structure and made sure everyone was out of the building safely. Firefighters remained on scene for over two hours conducting heavy overhaul and assisting Fire Investigator’s. Two firefighters were injured while operating on scene when the ceiling collapsed during overhaul?. Both firefighters were transported to the hospital with minor injuries and released a short time later. ?The building suffered heavy damage to the second floor, cockloft, and first floor suffered heavy water damage. The Fire is currently under investigation at this time.