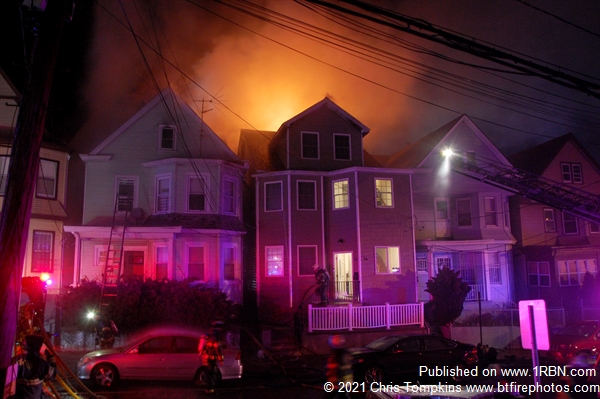 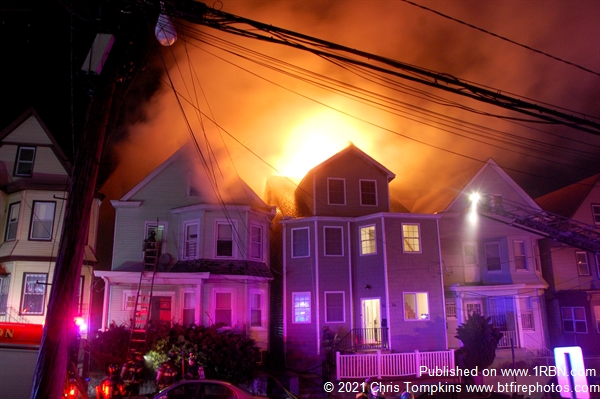 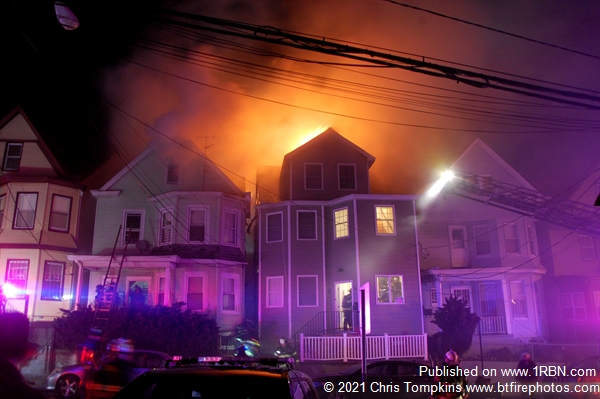 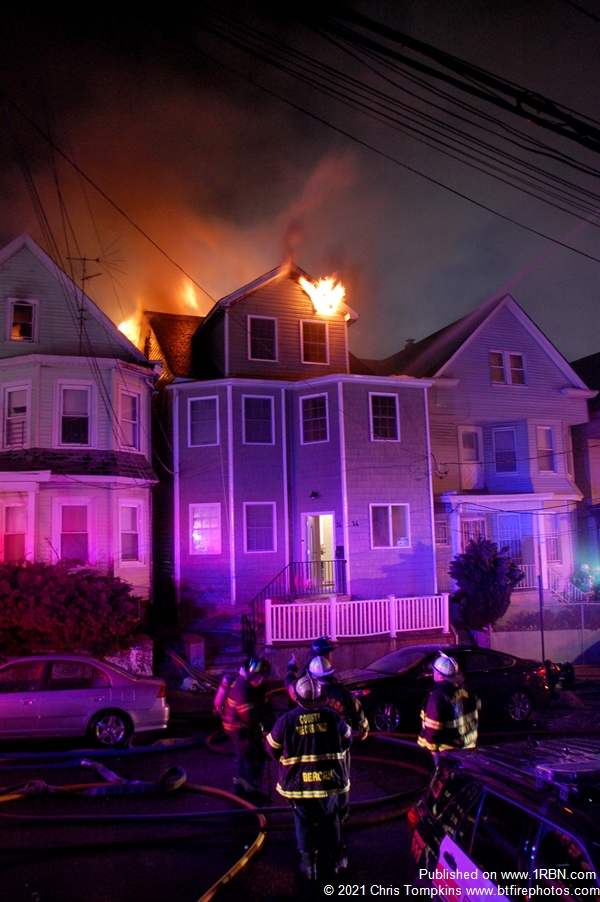 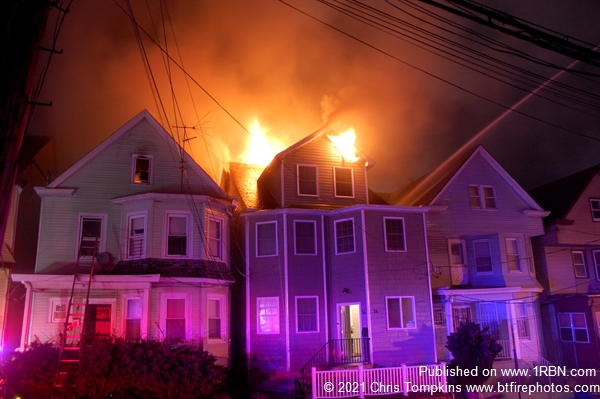 Paterson dispatch began receiving calls around 9:40 P.M. for a reported fire at 18 Barnert Place. Battalion 2 arrived on scene and reported an exterior fire in the rear with one line being stretched by Engine 4, and transmitted the working fire.

Deputy 2 arrived minutes later and reported an exterior fire that had extended into (two) two-and-a-half story frames, with extension into both attics, and a second-alarm was transmitted.

First arriving companies experienced bad hydrants in the area as firefighters stretched multiple handlines into the structures for an interior attack. Heavy fire conditions remained in two of the structures and Ladder 3 reported they had extension to a third home on the 'Delta' side of the original fire building. A third-alarm was then transmitted.

Deputy 2 advised Engine 6 and Tower 1 to go to the rear school lot to hit the fire from the rear as Ladder 2 set up in the front of the building. As firefighters attempted an aggressive interior attack, conditions began to deteriorate in the attic of the main fire building and 'Bravo' exposure. Command transmitted a fourth-alarm and ordered all companies to evacuate the two buildings and go to an exterior attack.

Two ladder pipes and multiple handlines attacked the flames from both sides. A par of all members was conducted and command ordered two crews to re-enter the 'Bravo' and 'Delta' exposures and check for any further extension. All heavy fire in the two structures was knocked down by exterior streams shortly after allowing firefighters to advance lines to extinguish hot spots and check for any further extension.

It took firefighters just under two hours to bring the fire under control. No injuries were reported and an estimated 27 people were displaced from the fire. Mutual aid from Passaic and an engine and truck from Clifton also responded. The cause of the fire is under investigation.