Overheated Extension Cord Deemed Cause of Fire in Fall River 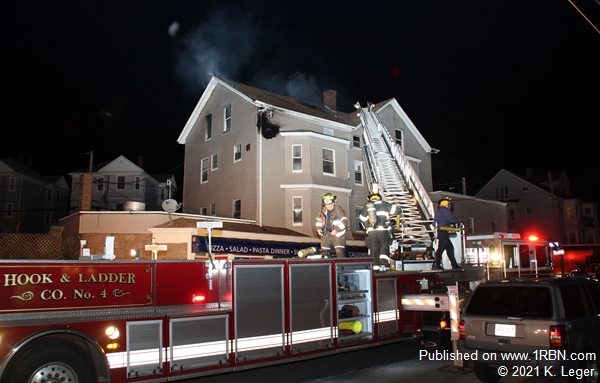 Photo by K. LegerLadder 4 moves the stick to the roof. 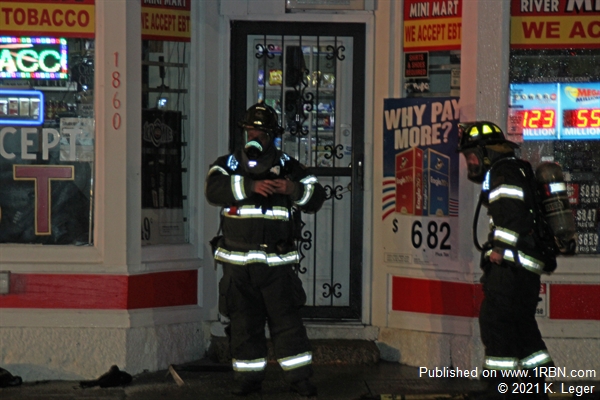 Fall River, MA - Around 2:00 A.M. on the morning of March 3rd, firefighters responded to 1858 Pleasant Street for a possible fire on the third floor. Engine 9 arrived and reported flame showing from the third floor 'A/B' corner.

The structure was a large wood-frame with several stores on the first floor and apartments above. The crew of Engine 9 dropped their leader lines and took a hydrant. The crew of Engines 9 and 2 brought two attack lines to the fire floor and began fire attack. Meanwhile, the driver of Engine 9 charged the hydrant and found himself tied into a dead hydrant.

Command immediately ordered all companies to evacuate the building until water supply could be reestablished. Command also received a report from dispatch of a possible tenant still inside on the second floor. Command ordered Rescue 1 to do a primary search which proved negative.

The heavy fire was knocked down, but not without extensive overhaul. Engines 2, 9 and 12, along with Ladders 4 and 2, Heavy Rescue 1 and Car 2 responded on the initial alarm. The Red Cross provided shelter for the displaced residents.