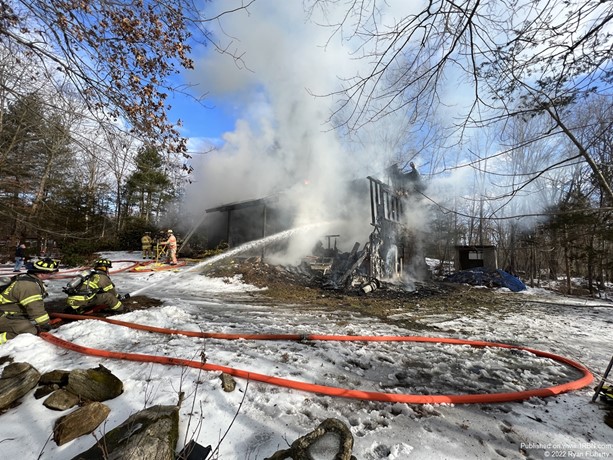 Photo by Ryan FlahertyEast Hampton Firefighters operate a 2.5" hose line in the rear. 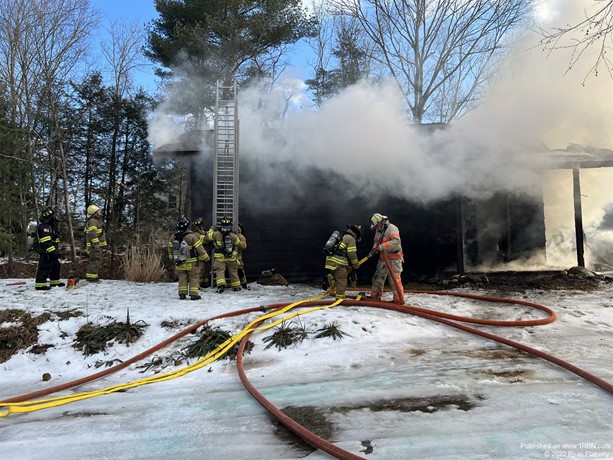 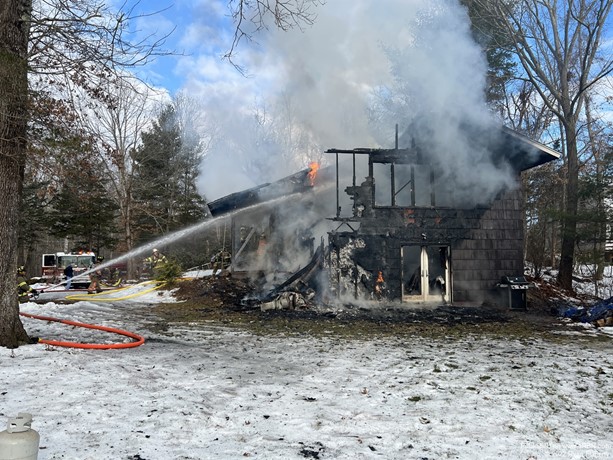 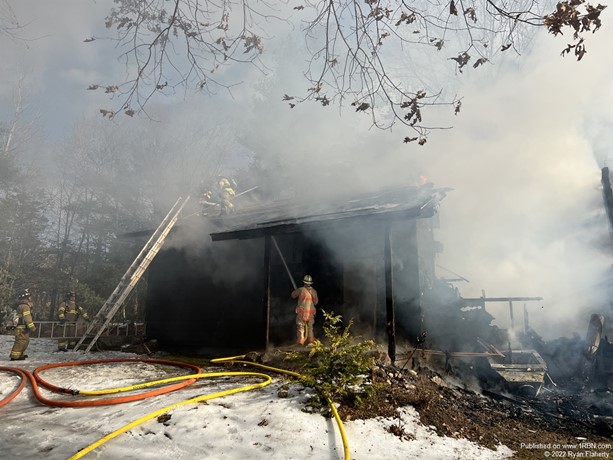 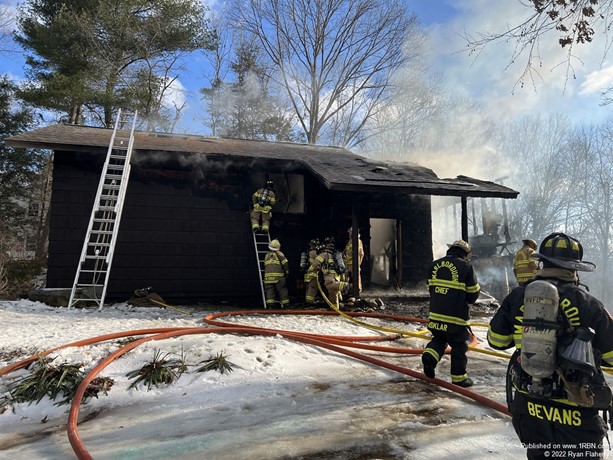 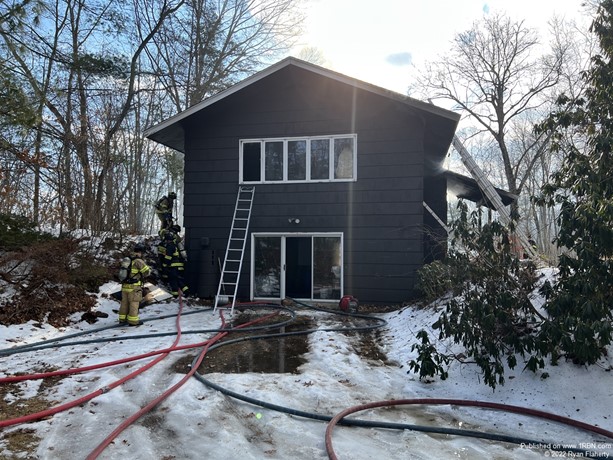 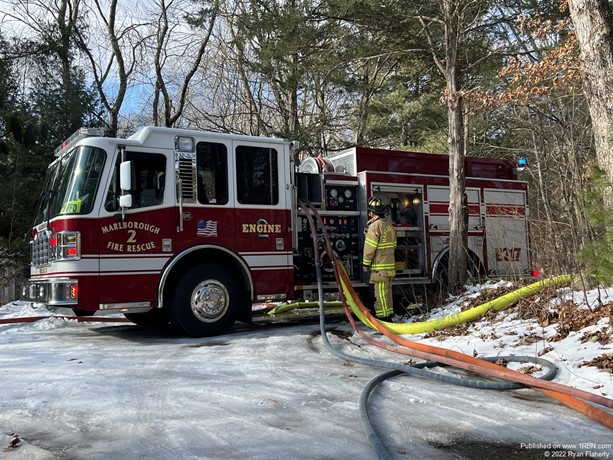 Photo by Ryan FlahertyMarlborough Engine 217 a 2004 Ferrara Igniter with a 1,250 gallon per minute pump and a 1,000 gallon water tank. 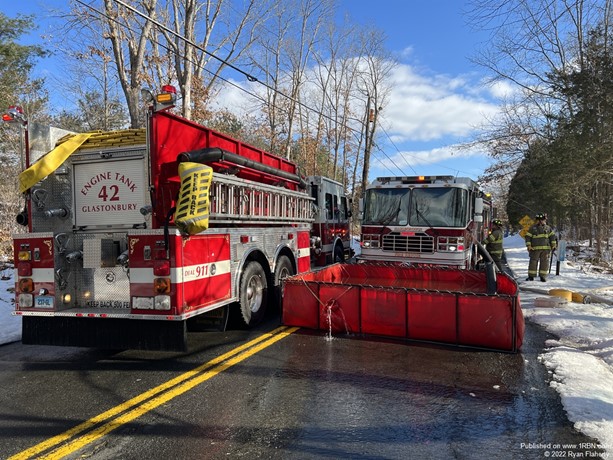 MARLBOROUGH, CT - At 8:05 A.M. on Wednesday, March 2nd, the Marlborough Fire Department with mutual aid from East Hampton, Hebron, Glastonbury and the Colchester FAST were dispatched to 176 West Road for a house fire. Car 17 arrived at 8:11 A.M. with heavy fire showing from the rear and told the first due engine to pull into the driveway.

Engine 217 arrived at 8:14 A.M. and stretched a two-and-a-half inch hose line to the rear and began darkening down a large volume of fire. Tanker 217 tied into the five-inch hose and nursed Engine 2. Engine 117 set up to draft from a drop tank and their manpower also stretched a one-and-three-quarter inch hose line to the front. Glastonbury ET-42 provided water and threw some ladders. Crews cut the roof for vertical ventilation and performed a primary search of the front half of the house.

Firefighters remained on scene for a while performing overhaul. The Marlborough Fire Marshal’s Office is investigating the cause of the fire. The Andover Fire Department covered Hebron while Salem covered Marlborough.