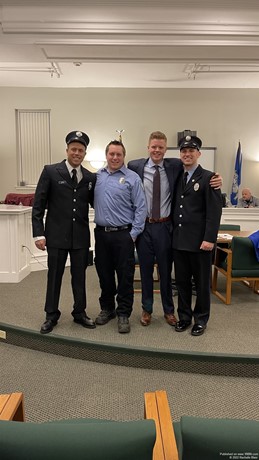 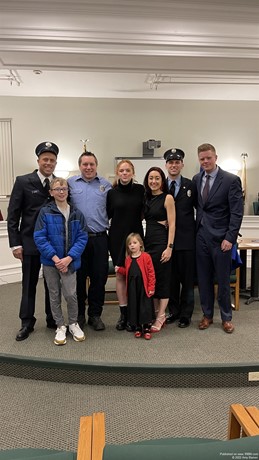 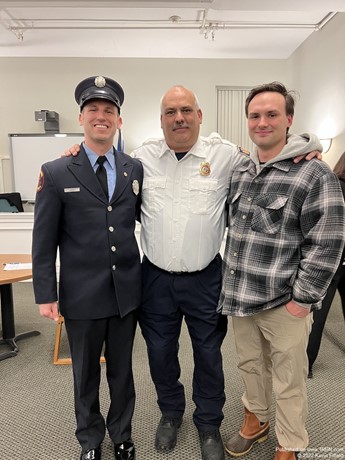 Photo by Kevin FifieldMontville Fire Marshal Keith Milton with his son Cam and their friend Ryan. 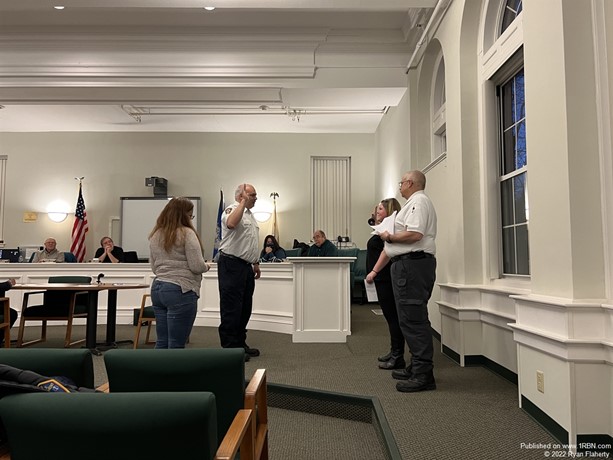 Photo by Ryan FlahertyKeith Milton being sworn-in as the new Deputy Fire Marshal. 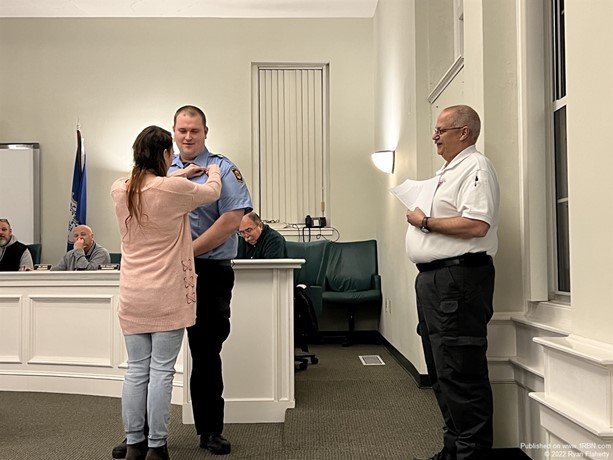 Photo by Ryan FlahertyFirefighter Paul Zabulis having his badge pinned by his girlfriend Ashley. 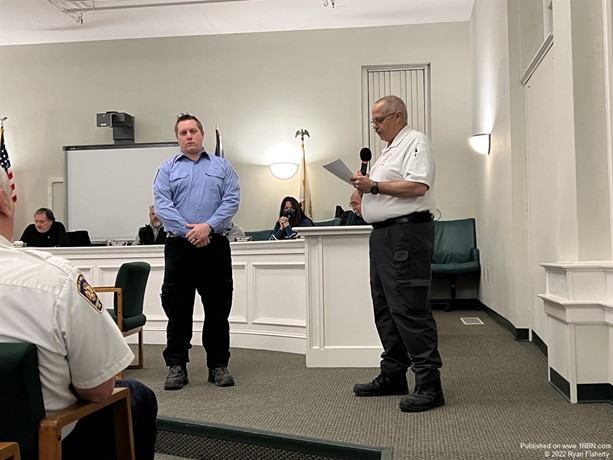 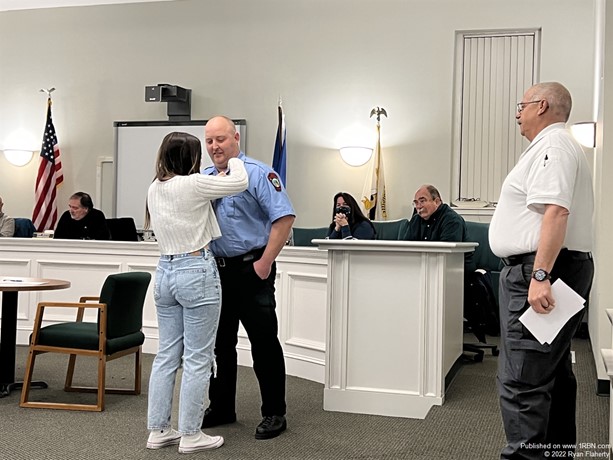 Photo by Ryan FlahertyFirefighter Matt Desrosiers being pinned by his daughter Emma.

MONTVILLE, CT - At 6:00 P.M. on Monday, February 28th, the Town of Montville held their Public Safety Meeting with a badge pinning ceremony for a promotion and some recent new hires.

Keith Milton, who has been a firefighter with the town for 20 years, recently passed fire marshal school and was sworn-in as the Deputy Marshal. He had his new badge pinned on by his wife, Carrie.

Congratulations to all of the new members of Local 3386!