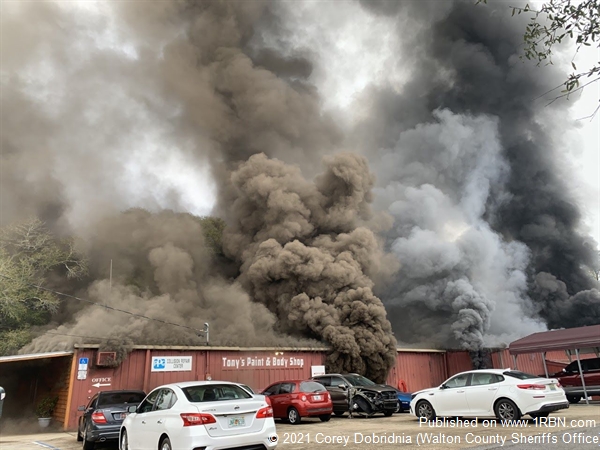 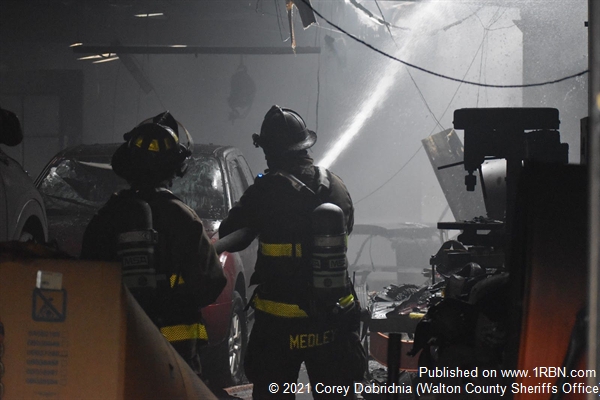 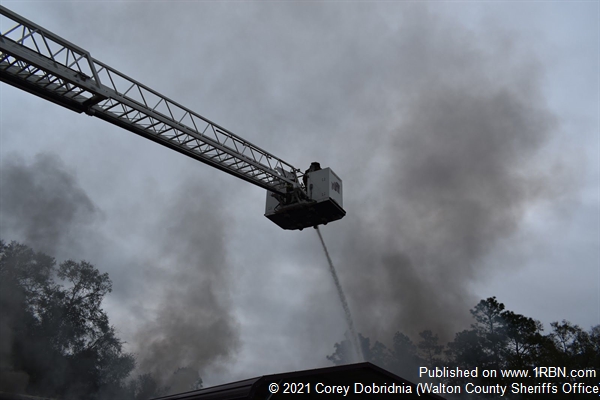 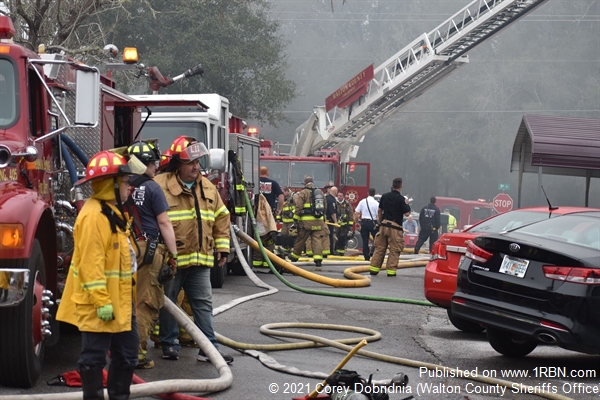 Firemen from the City of DeFuniak Springs Fire Department had a one minute response to onscene time and encountered heavy black smoke coming from sally port doors located on the 'Delta' side of the structure. Initial crews set up for an aggressive interior attack deploying multiple hand lines, attempting to locate the fire and isolate further damage throughout the structure. Employees on scene confirmed with command that all occupants had exited the structure and were accounted for, and relayed that the fire had ignited during welding operations in the rear of the structure.

While conducting interior operations, a 30-gallon LPG tank off a forklift exploded and sent the operation into a defensive mode. Crews responding from Walton County Sheriff's Fire-Rescue set up their newly in-service Tower Ladder and assisted with aerial operations. Crews continued battling the blaze until a transition could be made back to interior operations, where the fire was extinguished, and further investigation was conducted.

A total of eight customer vehicles were totaled as a result of the blaze, as well as extensive damage throughout the structure. Volunteers from local the agencies of Liberty & Argyle Fire Districts also responded to the incident and provided valuable manpower. Fire Chief Ross Sheffield confirmed that the fire was determined to be accidental in nature.