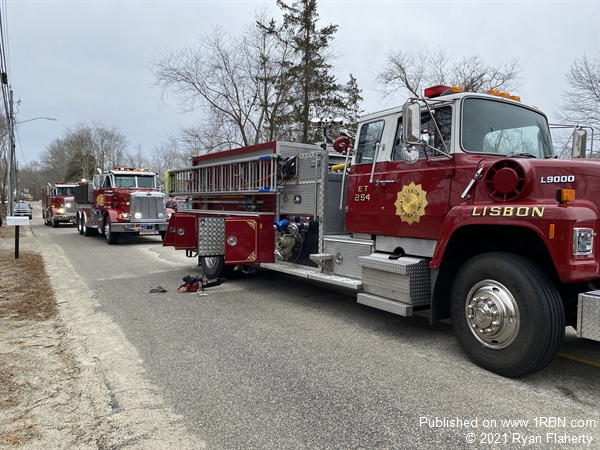 Photo by Ryan FlahertyET-254 was first due followed by the Tanker and Engine. 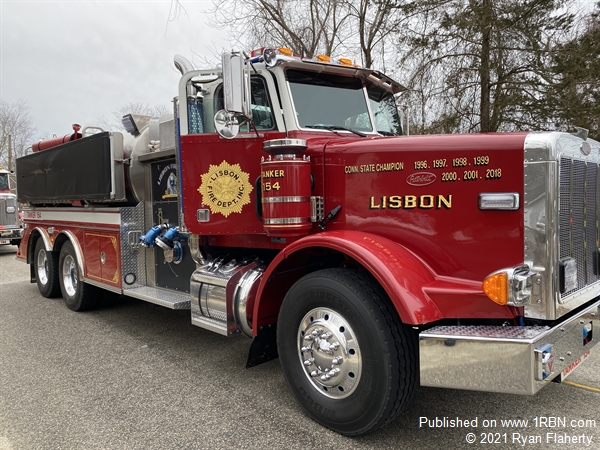 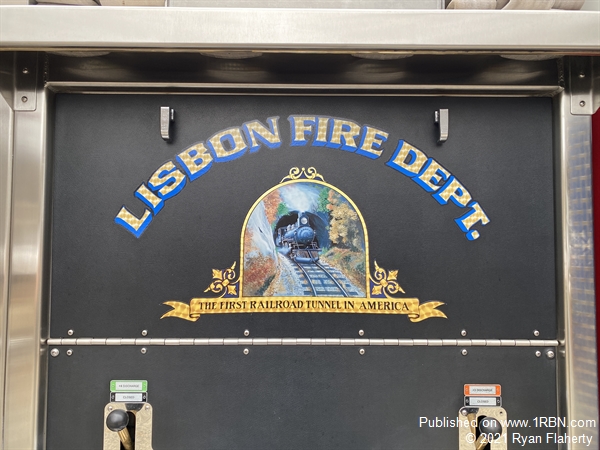 Photo by Ryan FlahertyA beautiful image on the side of Lisbon's Tanker. 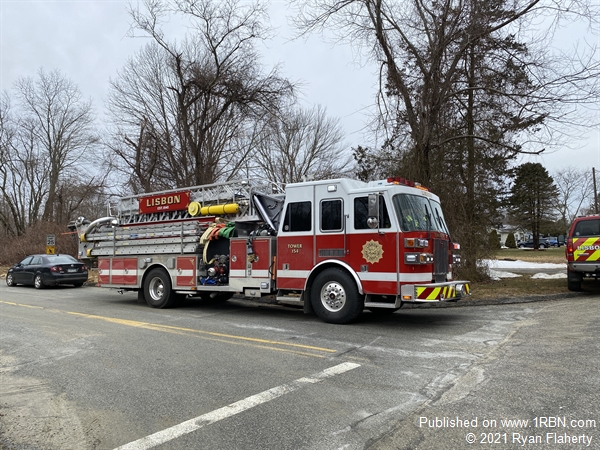 Photo by Ryan FlahertyLisbon Tower 154 which was purchased from the Town of Pomfret.

At 09:28 am on Sunday, 2/28/2021 the Lisbon Ambulance with State police Troop E was dispatched to 147 Kimball Road for a mental disorder. At 09:43, the state police reported the bedroom was on fire and it was upgraded to a structural response. Quinebaug Valley Emergency Communications dispatched Lisbon, Jewett City Engine and Ladder, Baltic Tanker 124, Griswold ET-355, Voluntown Tanker 353, Taftville Engine 22 and the Yantic FAST. ET-254 arrived at 09:53 reporting light smoke showing from the rear. Crews were able to suppress the fire using extinguishers and all mutual aid was quickly cancelled.