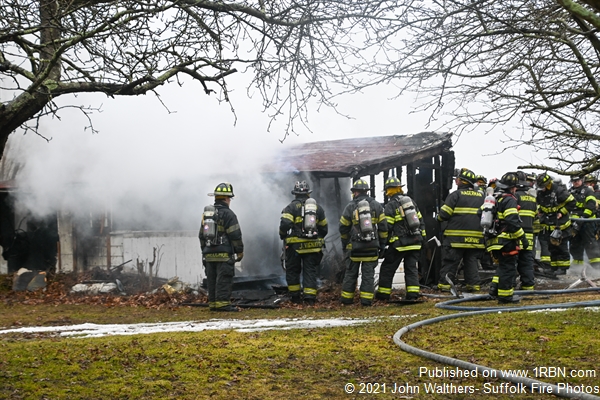 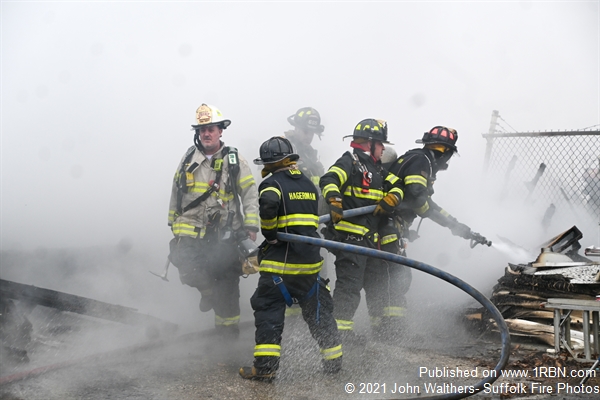 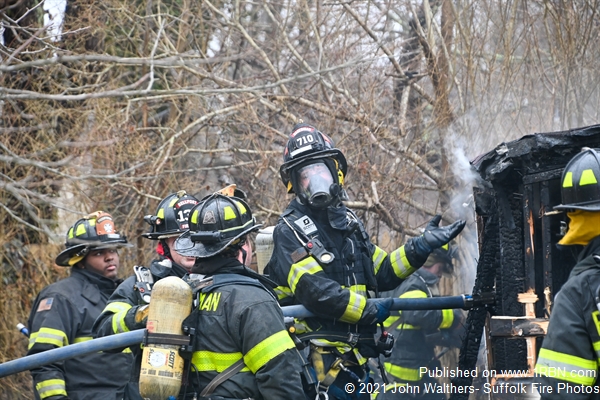 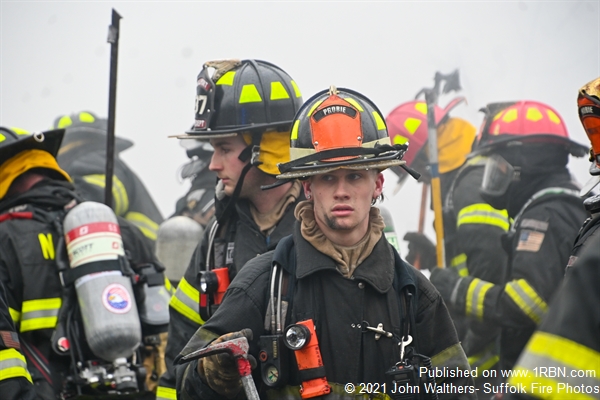 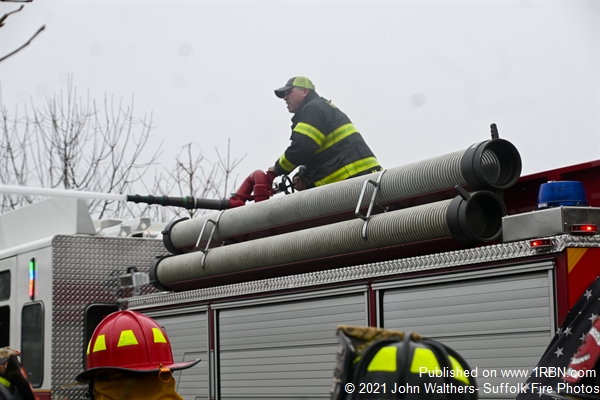 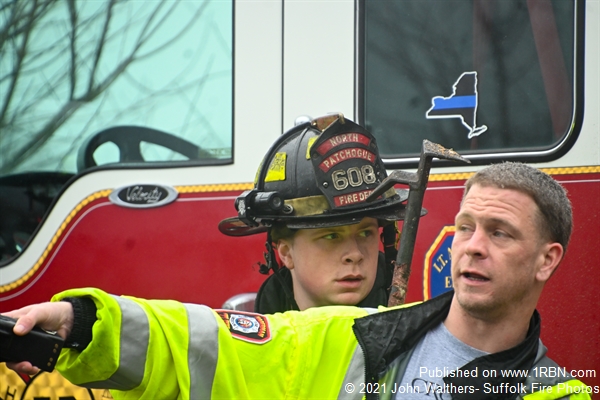 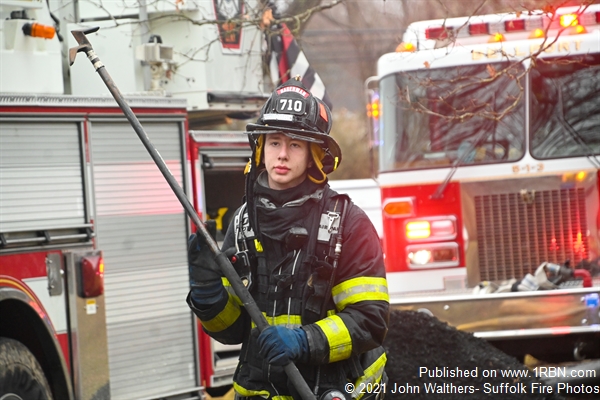 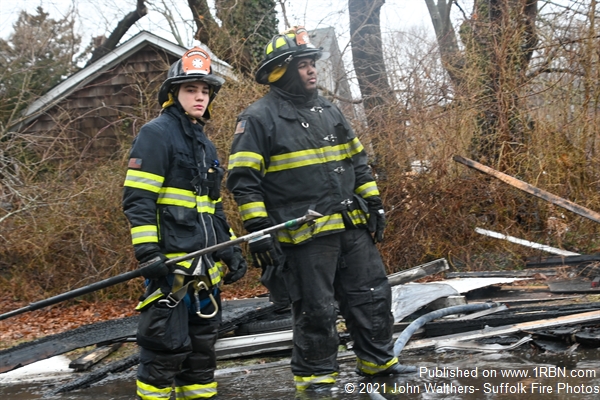 East Patchogue, NY - On Saturday, February 27th at about 12:08 P.M., the Hagerman FD was activated for a report of a structure fire on South Country Road. Bellport FD was also activated as auto mutual aid and South Country Ambulance to stand by.

Hagerman 2nd Assistant Chief Corey Citarella [5-10-32] arrived on scene along with the South Country Ambulance 1st Responder [5-42-83]. Hagerman Chief Citarella advised his dispatch that he had a fully involved detached garage on the property at the location. The chief requested a reactivation for a working fire.

Crews from the first due engines secured a water supply from the hydrant by stretching a supply line and also began to stretch hand lines. Additional mutual aid was dispatched to the scene from Patchogue for an engine, and North Patchogue for the ladder. Medford was requested to stand by.

Firefighters began working to make an aggressive attack, however reports from the deputy coordinators over the radio indicated that the structure had partially collapsed. A deck gun was put into operation by order of Assistant Chief Citarella to assist in soaking the remains of the fire building.