Fire Consumes One Home and Damages Another in Manorville 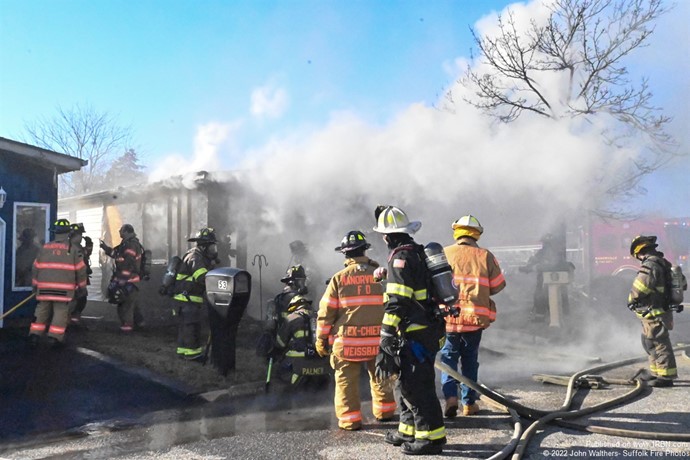 Photo by John Walthers- Suffolk Fire PhotosManorville on scene of a working fire on Dogwood Ln. that consumed this home and damaged the neighboring home. 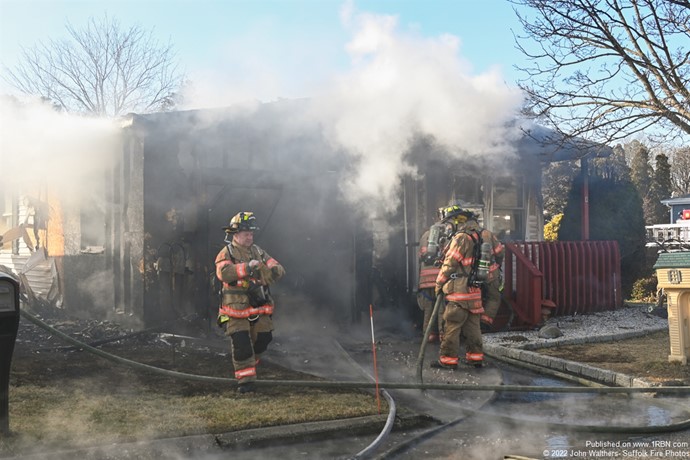 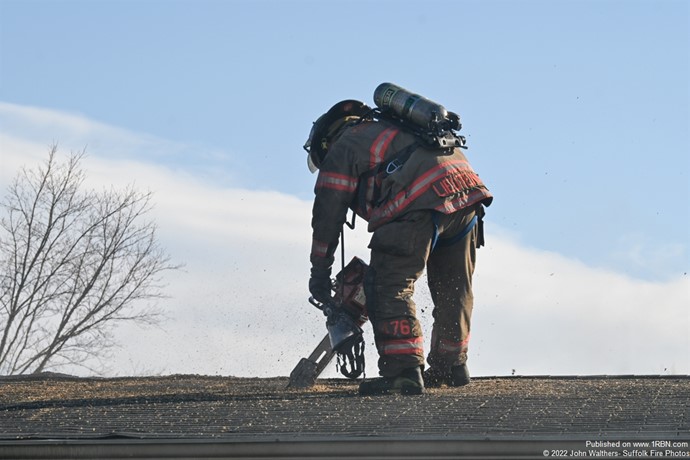 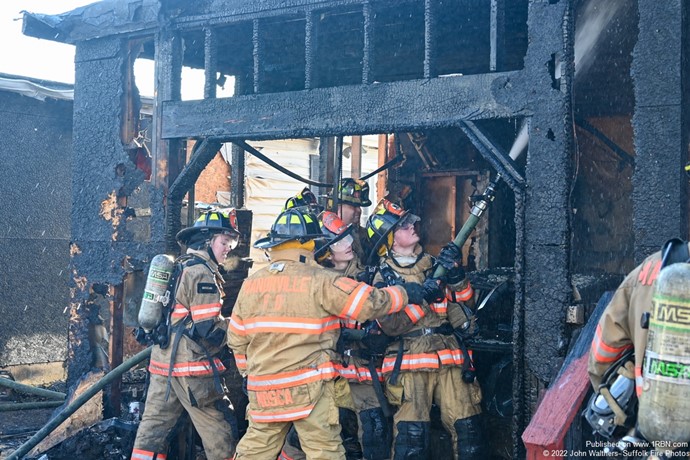 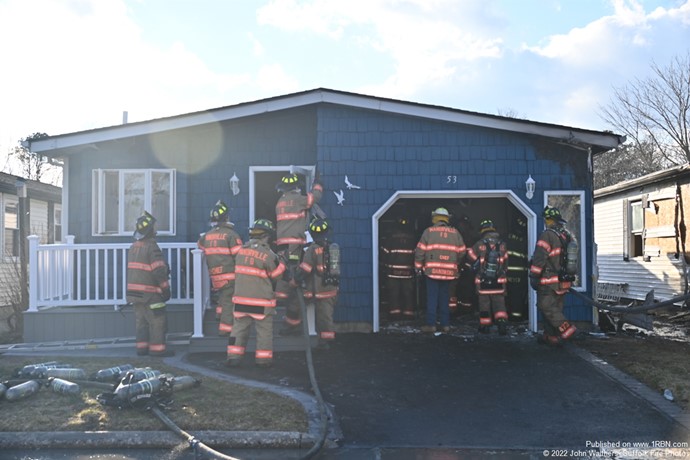 Photo by John Walthers- Suffolk Fire PhotosFirefighters checking for further extension into the 2nd house. The fire at this home was contained to the garage and outershell of the home. 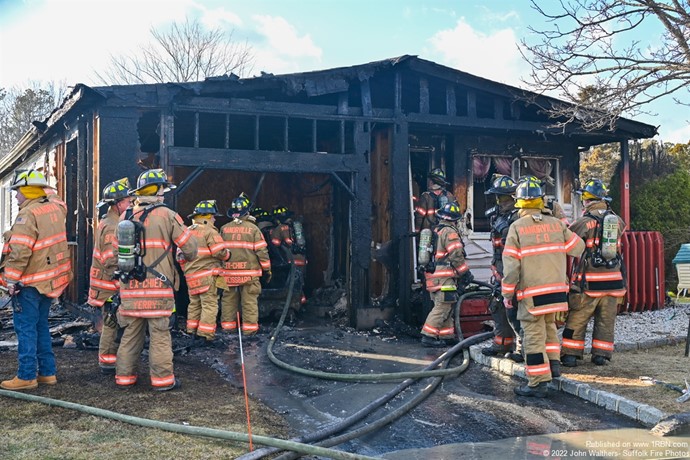 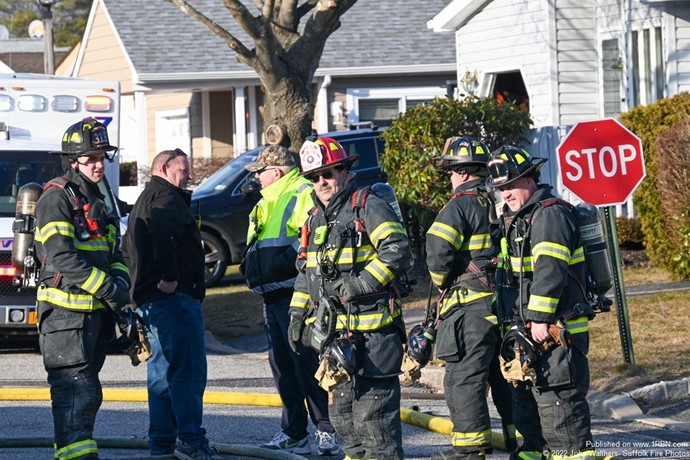 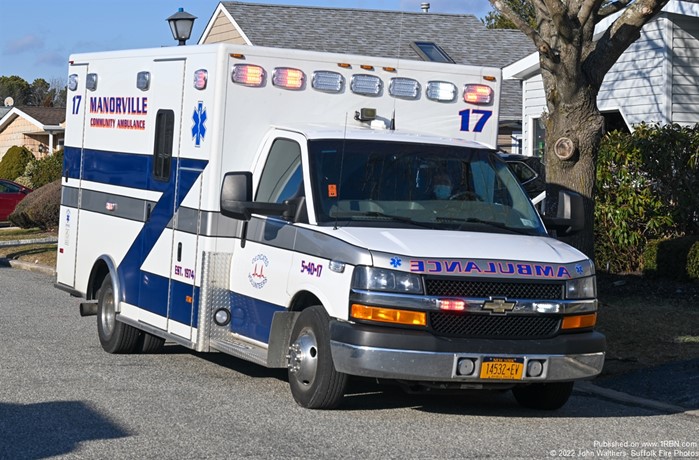 MANORVILLE, NY - On Saturday, February 19th at approximately 2:35 P.M., the Manorville FD was activated with a report of an automatic fire alarm on Dogwood Ln. of Redwood Ln. A short time later, Suffolk Fire Rescue dispatchers reactivated the department to advise that the call was upgraded to a reported structure fire. Dispatchers advised Chief of Department Joe Danowski {5-16-30} that they were receiving calls for a reported garage fire at that location.

On arrival Chief Danowski found a fire consuming the first home, and due to the houses being close together in this complex, it was extending to a second structure. He immediately got on the radio and advised dispatch to reactivate his department for a working fire and to start sending mutual aid departments to the scene.

Arriving crews from Engines 5-16-2 and 5-16-7 quickly began to stretch lines and make an aggressive attack. They were joined by additional crews from Manorville as well as firefighters from East Moriches and Center Moriches who assisted with operations and RIT standby.

The fire in the first home, which appeared to have started in the garage before progressing through the home, was knocked down and contained before consuming the second home. Damage to that home appeared to be confined to the outside and garage area. Extensive overhaul was conducted hitting hot spots to make sure the fire did not reignite.

Suffolk County Fire Coordinators were dispatched to the scene to assist. Manorville Ambulance was on scene to assist in case of injuries and provide firefighter rehab as needed. Eastport FD stood by for Manorville at their quarters during the alarm.

According to officials, all Manorville FD and mutual aid units were back in service by 5:37 P.M. The scene was turned over to Suffolk Police 7th Precinct officers and the Town of Brookhaven Fire Marshal's office for further investigation.