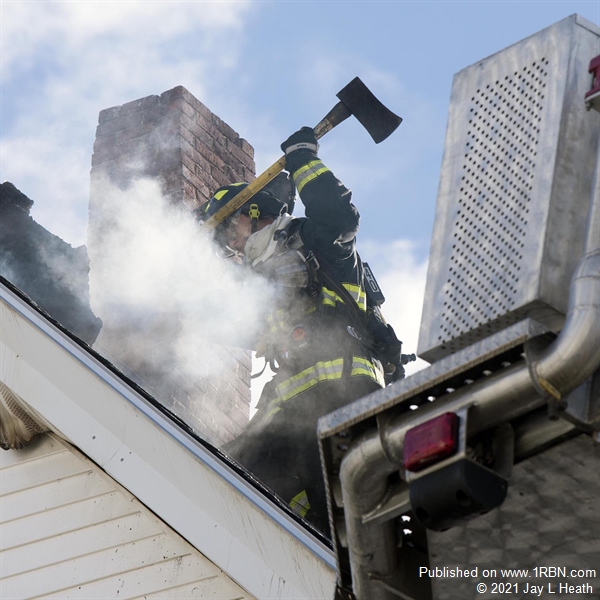 Photo by Jay L Heath A Laconia firefighter opens up the roof in this large 3-story, 6-unit apartment building on February 25th. The Second Alarm fire came in at 8:27 am and was brought under control by 9:36 am. Several occupants were displaced by the fire. 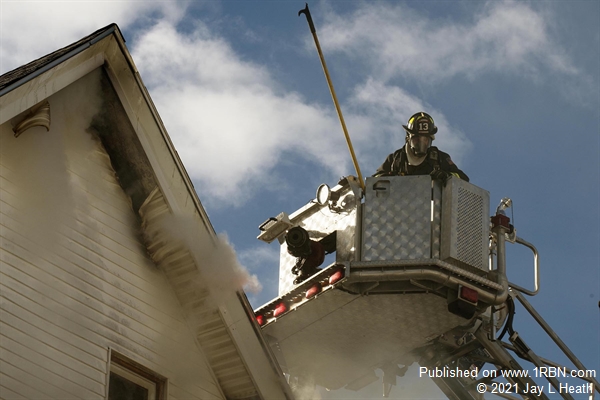 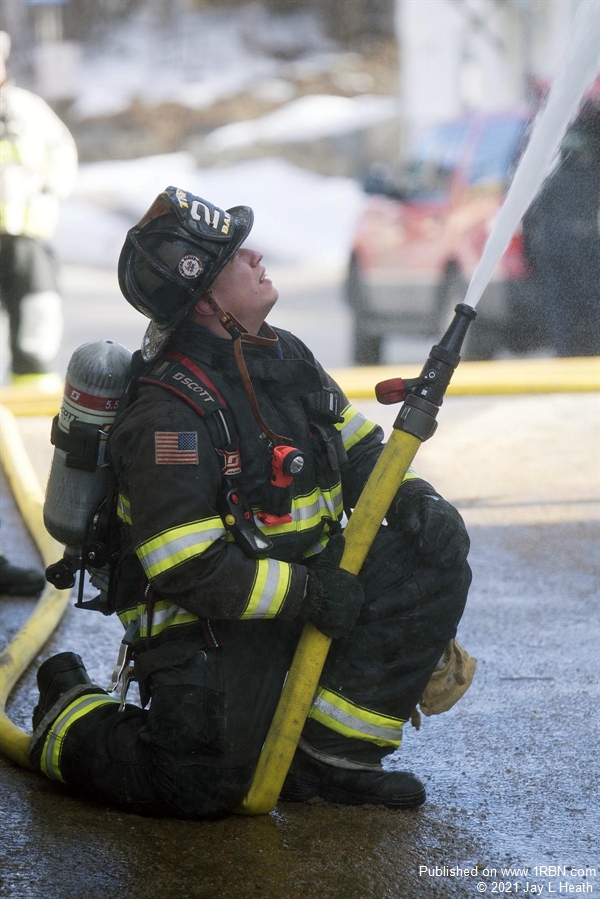 Photo by Jay L Heath Tilton Firefighter Nick Baker knocks fire down burning on the outside of the roof line. 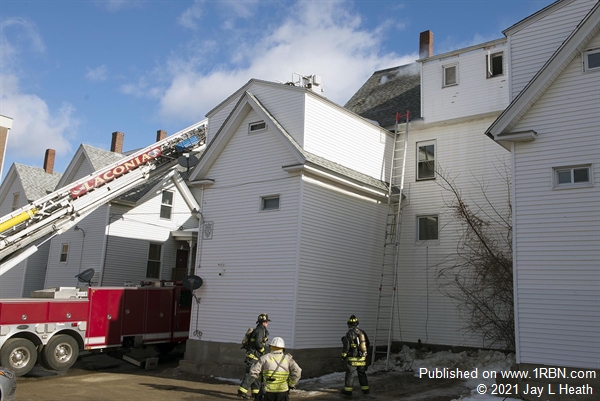 Photo by Jay L Heath Fire was located in a third floor apartment and into the attic. 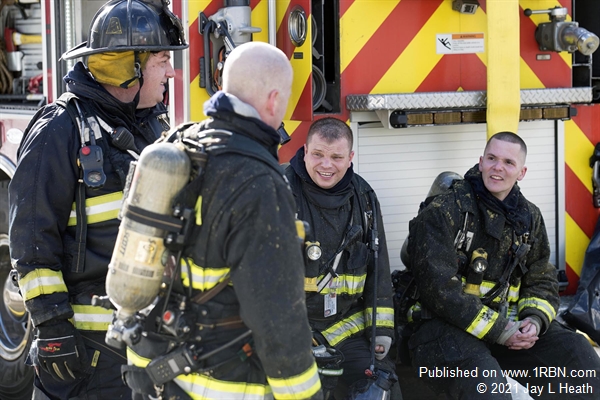 Photo by Jay L Heath Laconia Firefighters take a well deserved break after heavy fire was knocked down inside.

Laconia, NH - On the morning of February 25th at 8:27 A.M., Laconia Fire, along with automatic mutual aid engines from Gilford and Belmont, were dispatched to 27-29 Baldwin Street for the caller reporting smelling and seeing smoke coming from the roof.

The first Laconia unit arrived on the scene in three minutes of the tone to find light smoke showing from the roof of a three-story, six-unit apartment building. An off-duty Laconia firefighter was on scene and had confirmed a fire in a third-floor apartment. At 8:30 A.M., a first-alarm was requested, bringing in off-duty firefighters from the city and cover trucks to both Laconia Stations.

At 8:53 A.M., a second-alarm was requested, bringing additional mutual aid to the scene, along with a special call for an additional ladder. All occupants were out, or not home at the time of the fire, and firefighters were able to locate a dog who was safely brought to animal control.

The fire did an estimated $10,000 in damage and the Red Cross was assisting 10 to 15 displaced occupants. The fire was declared under control at 9:36 A.M., and is under investigation according to Laconia Fire Chief Kirk Beattie.