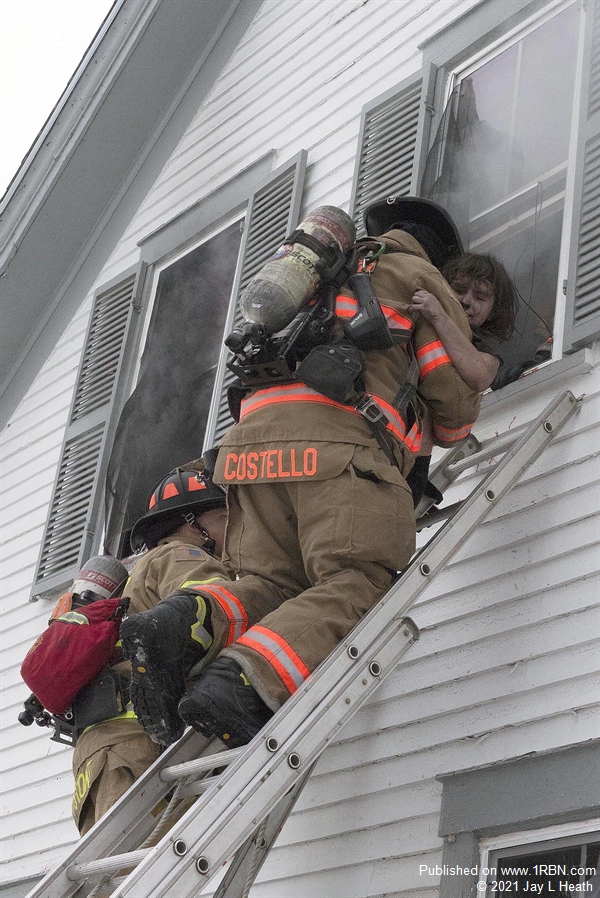 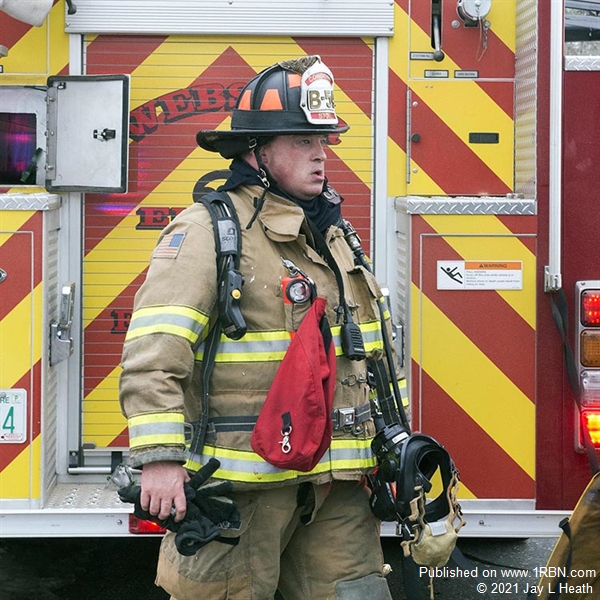 Photo by Jay L Heath Concord NH Fire Captain Jeff Stone, Acting Battalion Chief was one of the firefighters who made the first rescue over the ground ladder. Engine 5's crew from Concord, along with Webster firefighters were inside to make the search and pull the victims to the window. 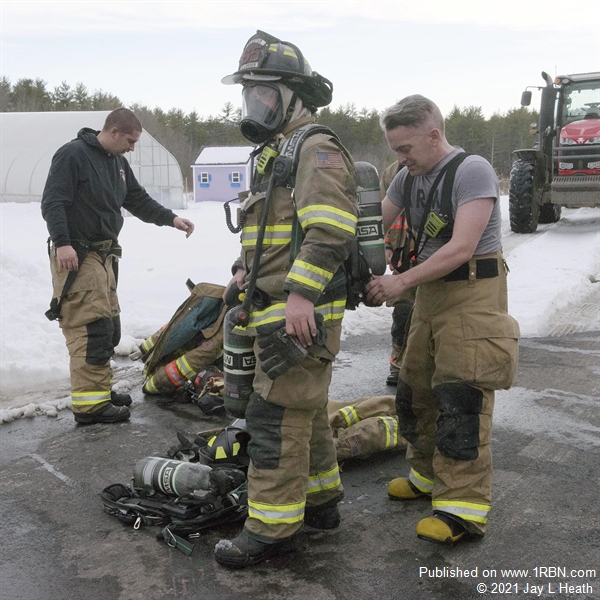 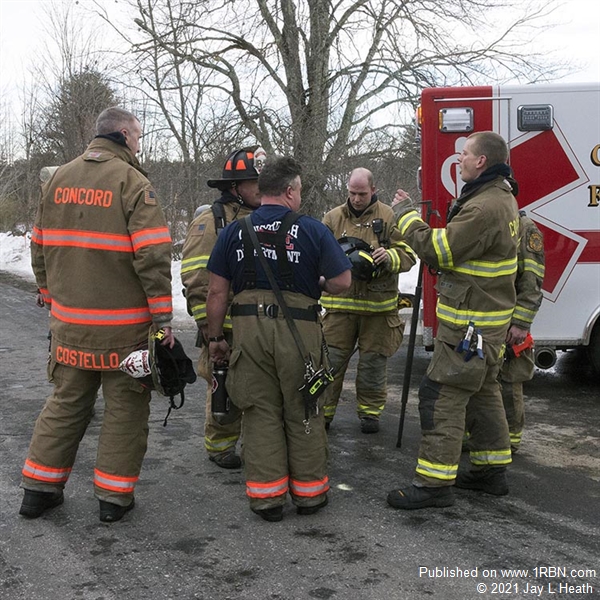 Photo by Jay L HeathConcord firefighters take a break from this dramatic rescue. 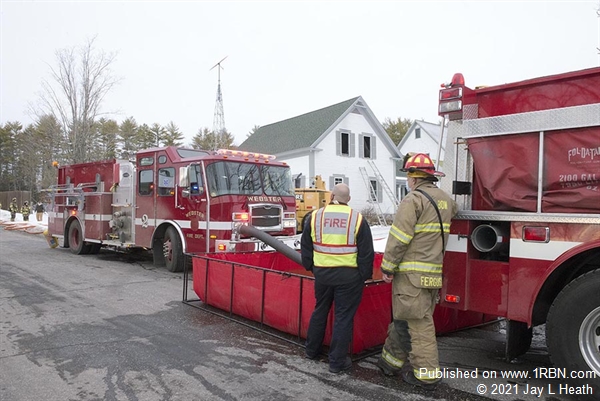 Photo by Jay L Heath Firefighters set up water supply as the fire was quickly knocked down on the second floor.

Webster, NH - A good samaritan driving by a large farmhouse noticed wispy light smoke coming from the second floor and turned around to immediately call 911. The Webster Fire Department was dispatched at 3:22 P.M. on February 24th for a reported house fire with an occupant trapped inside.

Automatic mutual aid from Concord, Hopkinton, Warner, Boscawen and Bow Fire Departments were sent on the initial dispatch. The Webster Fire Chief was one of the first people to arrive and reported a heavy smoke condition in the building and a female occupant needing rescue from the second floor. He reported a working fire with an occupant trapped inside and that he was trying to make a rescue. As he desperately tried to use a tractor and a folding ladder to get to the woman trapped on the second floor, the first due Webster Engine and Concord Engine 5 arrived to make the rescue.

Concord, Chichester, Franklin and Hopkinson Fire Department's ambulances were dispatched along with Med-Flight. All three victims were flown by Med-Flight Helicopter to Mass General Hospital in Boston, Massachusetts.