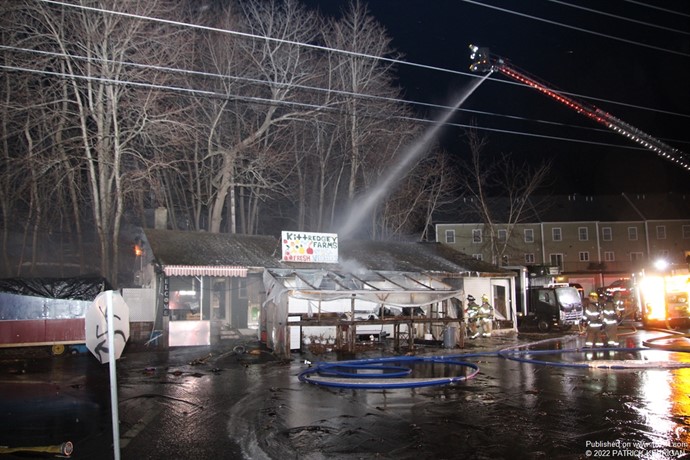 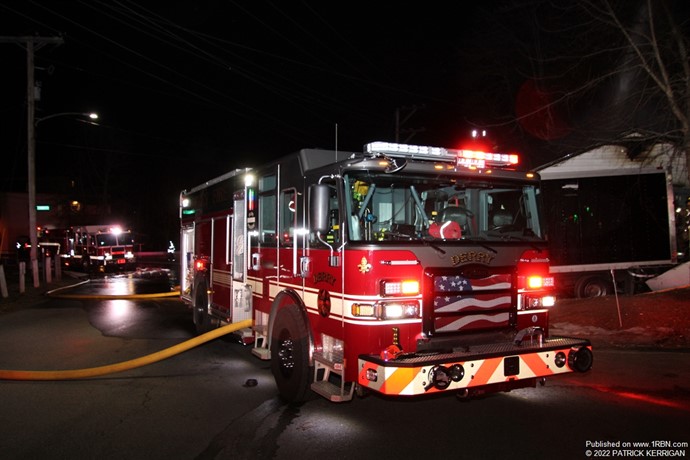 DERRY, NH - Derry firefighters battled a fire in a fruit/farm stand on Maple Street, February 23rd. Companies had fire showing from the center of the building and a partial collapse in the rear. A MAYDAY was called and command struck a second-alarm. After the MAYDAY was quickly cleared, command canceled the second-alarm and companies went defensive for the remainder of the fire.