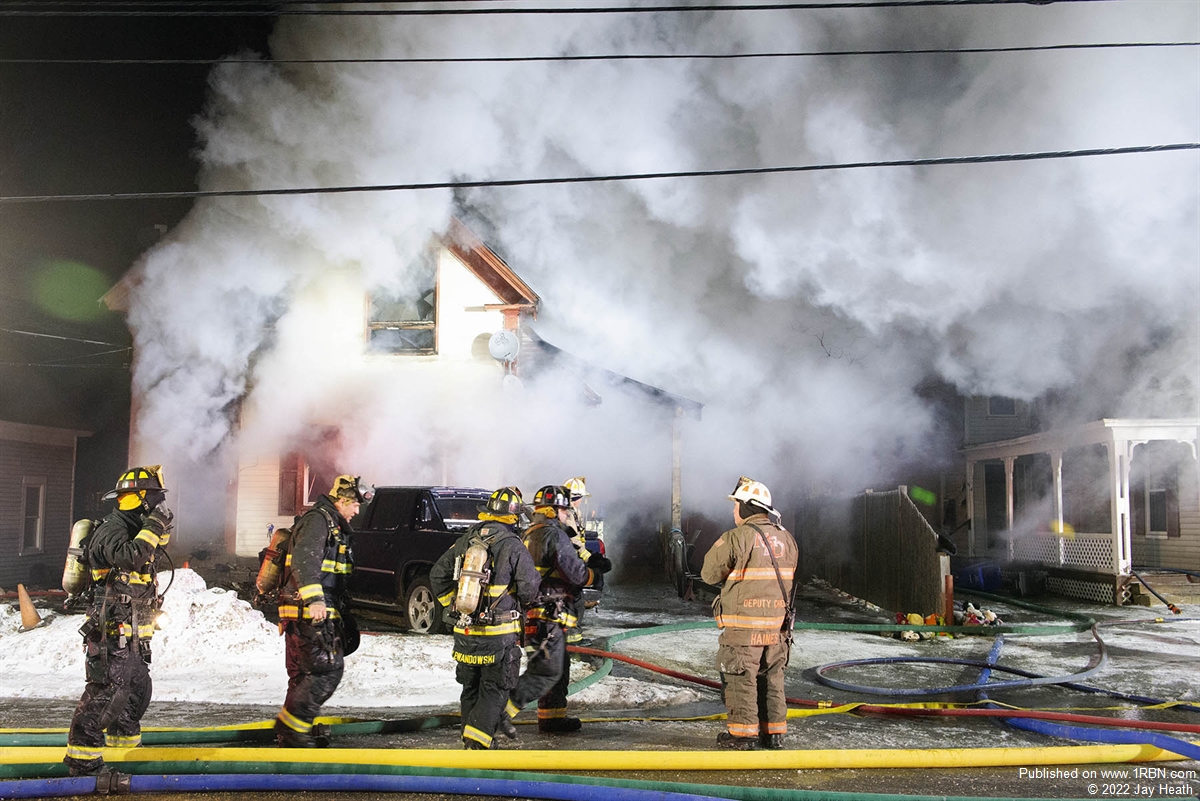 Photo by Jay HeathHeavy smoke pushes from the building at 17 Bay Street as the fire went to 4 Alarms. 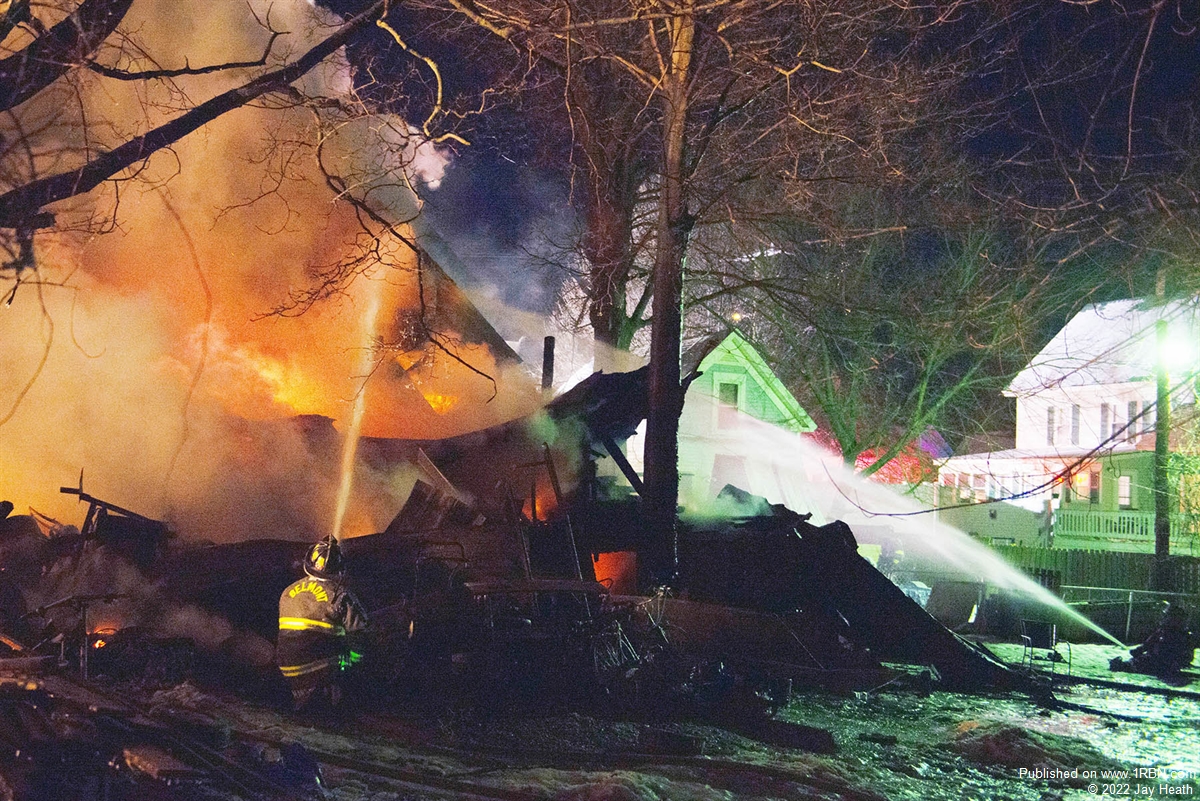 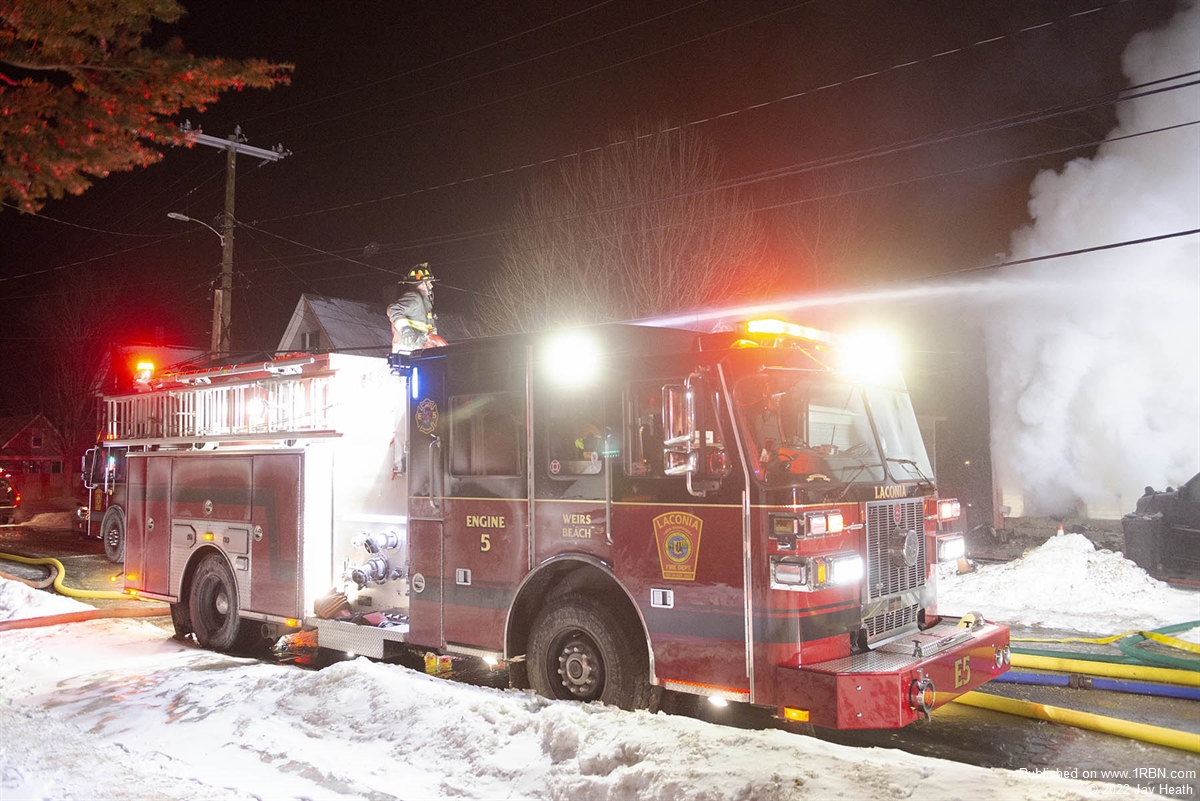 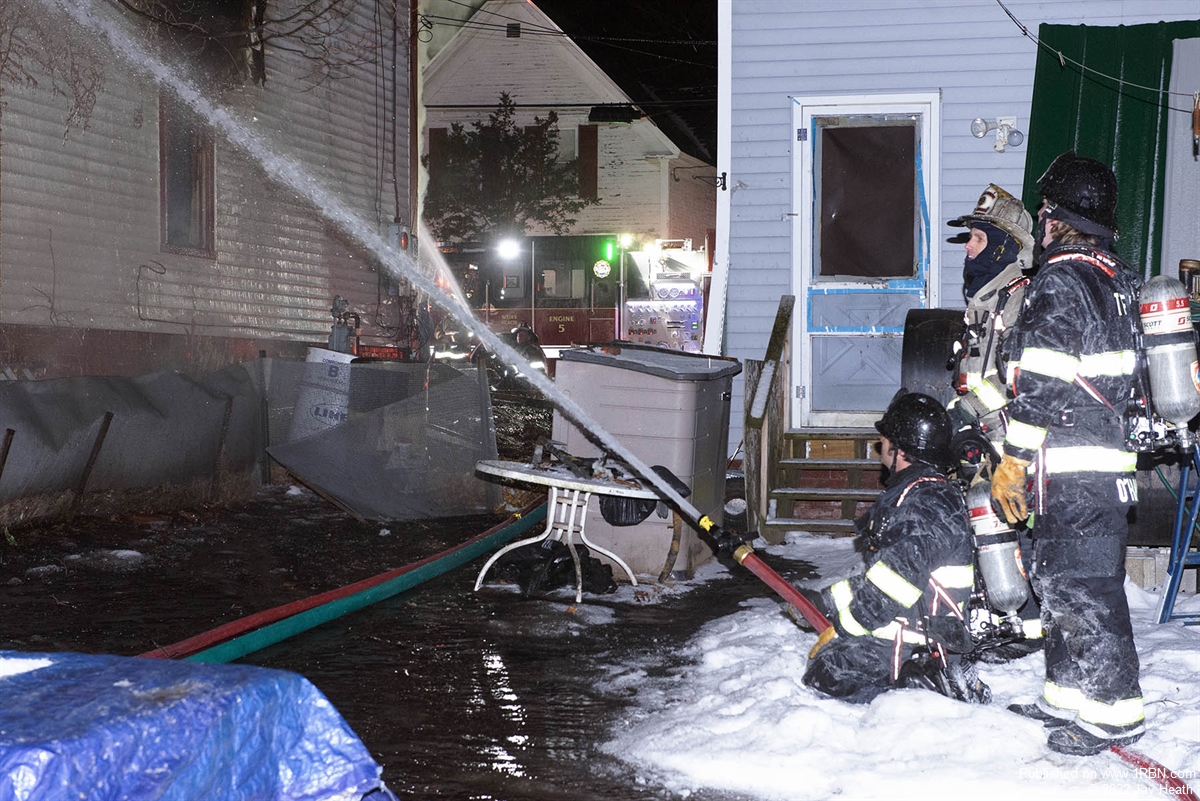 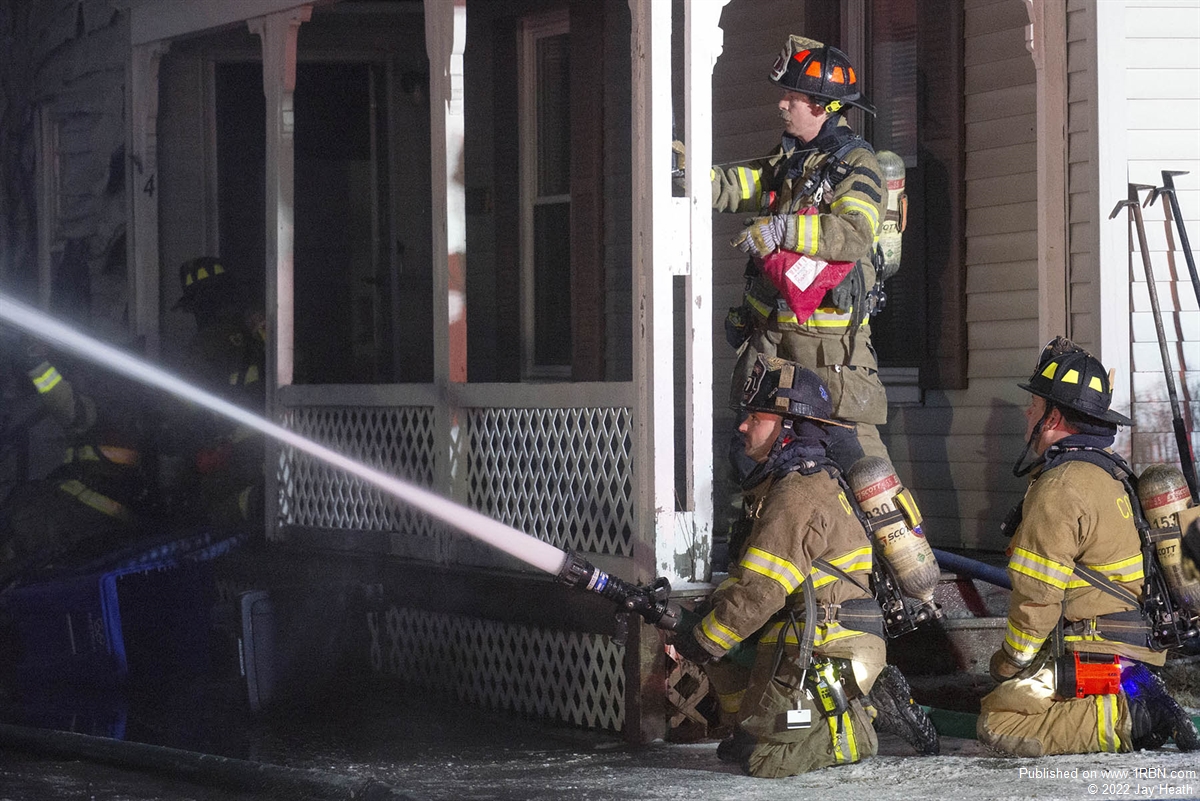 LACONIA, NH - More than a dozen residents were forced from their homes when a four-alarm fire tore through a house at 17 Bay Street and damaged an apartment house next door on February 20th.

Multiple calls came into to Lakes Region Dispatch reporting the house fire at 2:24 A.M., and as the first fire companies arrived they found heavy fire coming from the rear of the two-story wood-frame with an attached barn. In addition, the rear of the first floor of an apartment house next door, at 11 Bay Street, was on fire. The occupants of both buildings were able to flee safely before the first due fire companies arrived.

A second-alarm was called as firefighters battled wind, ice, snow and freezing temperatures throughout the fire. Flames whipped by gusty winds blowing off nearby Lake Winnisquam pushed the fire to the adjacent three-story apartment house. With temperatures around 10-degrees, much of the water used to fight the flames froze on contact. A third and then fourth alarm were struck because of the frigid temperatures and extent of the fire.

Thirteen people were displaced and the Red Cross was on the scene offering assistance to the residents. The fire is under investigation.