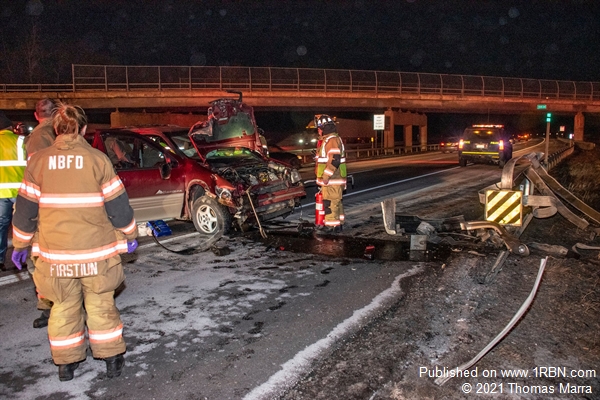 Photo by Thomas MarraA car slammed into a guardrail crash device on the New York State Thruway in New Baltimore on 2/21/21. 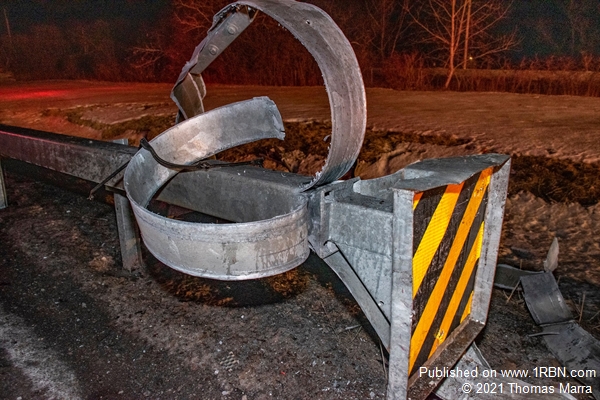 Photo by Thomas MarraThe metal beam split, absorbing most of the impact. 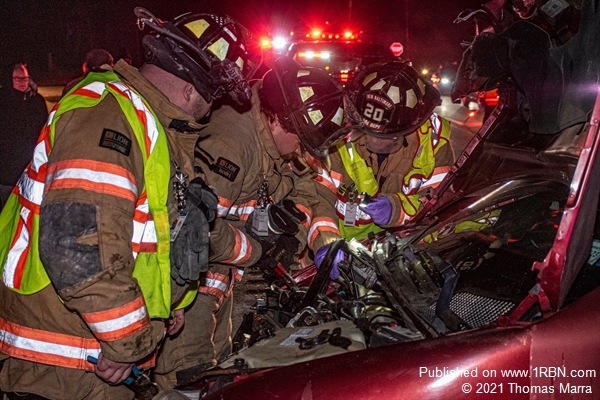 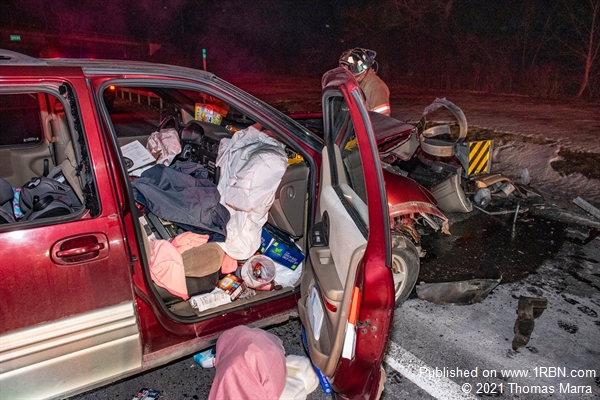 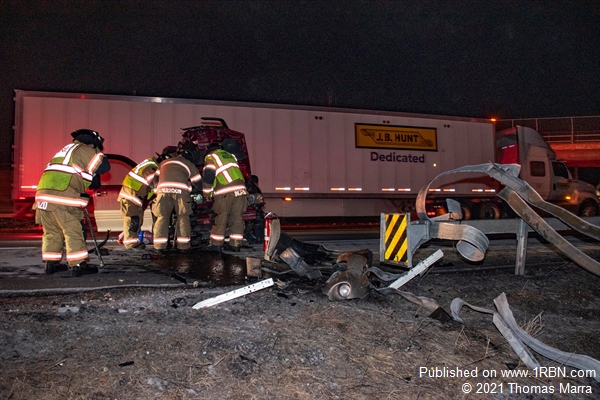 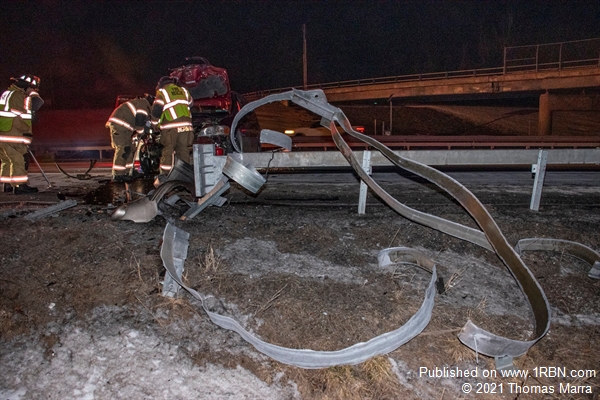 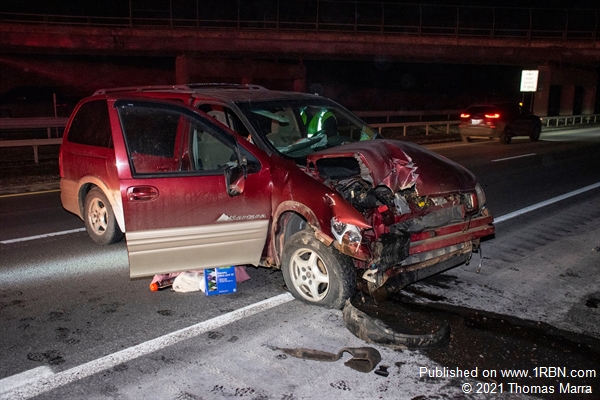 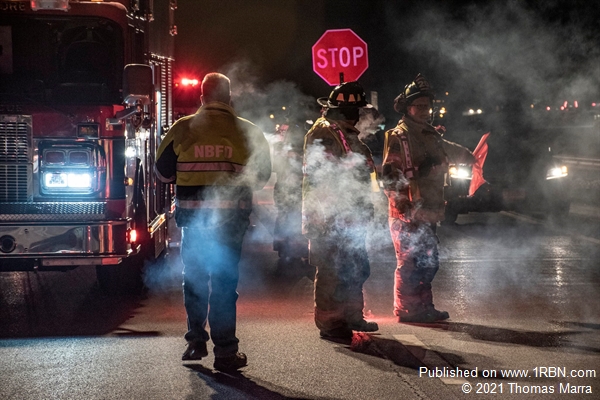 The New Baltimore Fire Department was dispatched with Ravena Rescue and Greene County Paramedics for a motor vehicle accident between mile marker 126 and 127 on the New York State Thruway just before 7:30 P.M.

The driver of the vehicle and her three-year-old child sustained minor injuries in the crash. The car seat the child was in was improperly installed and front-facing in the vehicle.

Assistant Chief Joe Firstiun says the vehicle struck what is called a "guardrail target," which, he says, is a spring-loaded target at the end of a guardrail designed to absorb the impact of a crash.

Firefighter Sam Anderson of New Baltimore Fire also works on NYS DOT projects with a private company and said he installed some of these devices in Kingston, NY over the summer. He said the device works when a smaller section of box beam is installed inside a standard-sized box beam and when a vehicle strikes the rail, the box beam splits, absorbing the majority of the impact.

"I've seen them along the road for a long time and this is the first time I've seen one post-crash," Anderson said.

The impact from the vehicle caused the guardrail to split and push back approximately 14-feet from its initial position, according to Firstiun. He said the system is very expensive to replace due to replacing the post and spring-loaded system, costing approximately $7,000 to fix.

Firstiun said from the U-turn to the bridge in that area there have been at least seven accidents in the last five years, and that same guardrail has been struck numerous times.

The right lane was blocked off while crews were on scene as the vehicle landed sideways across the Thruway with multiple vehicles almost striking it upon arrival of Assistant Chief Firstiun. There was also a fuel leak from the vehicle, which firefighters absorbed with Speedy Dry.

The driver sustained facial injuries from striking the steering wheel and the child was reported to be uninjured.