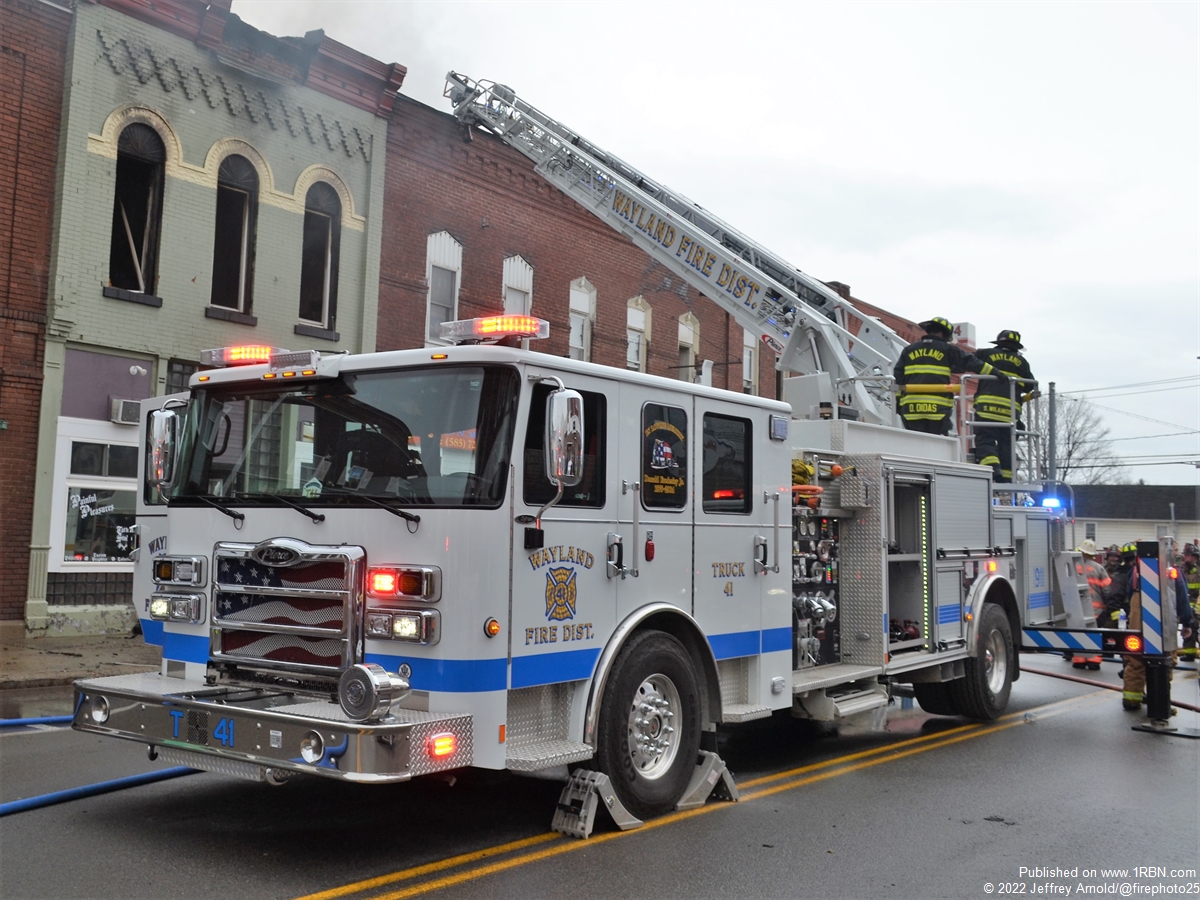 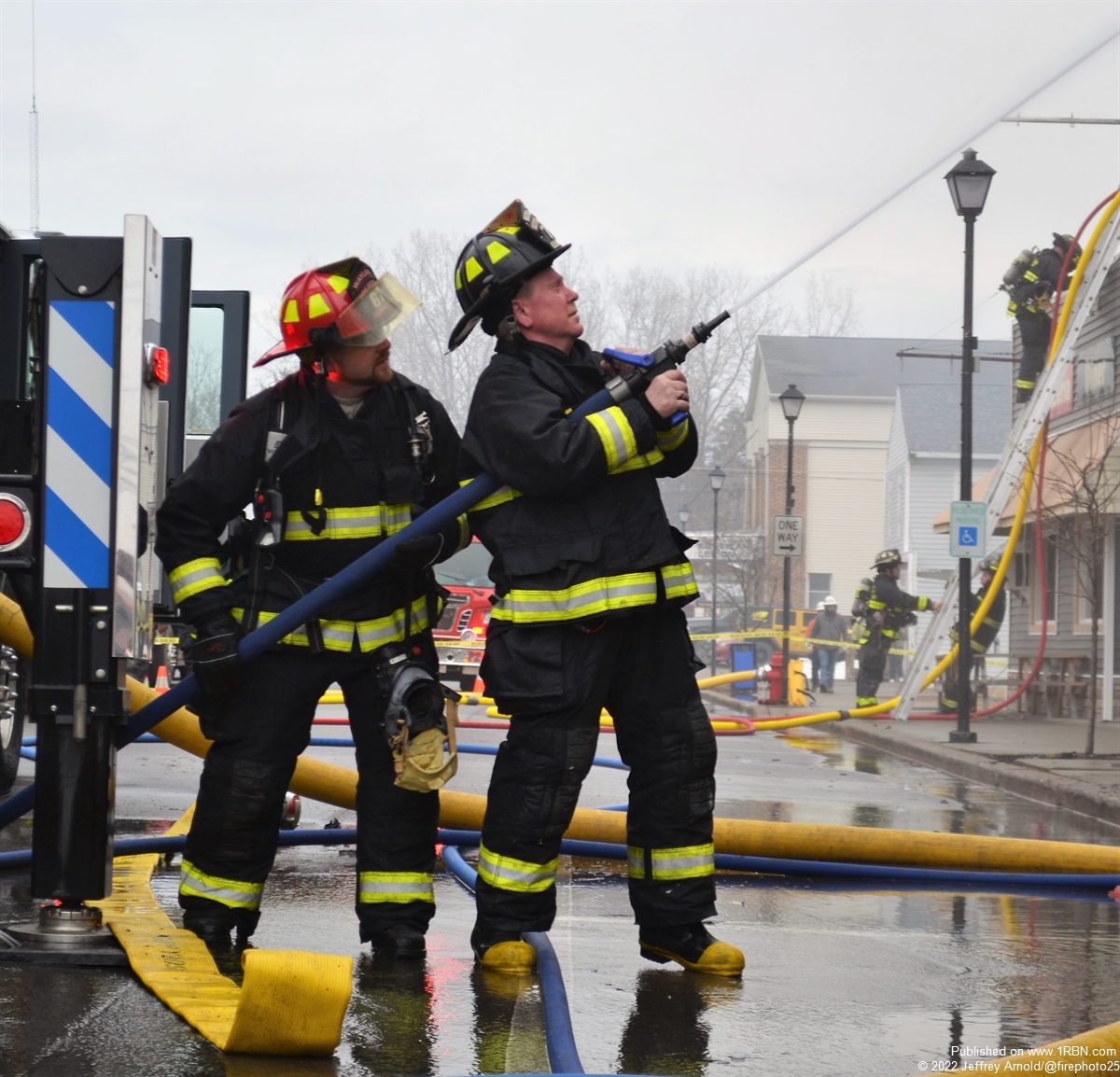 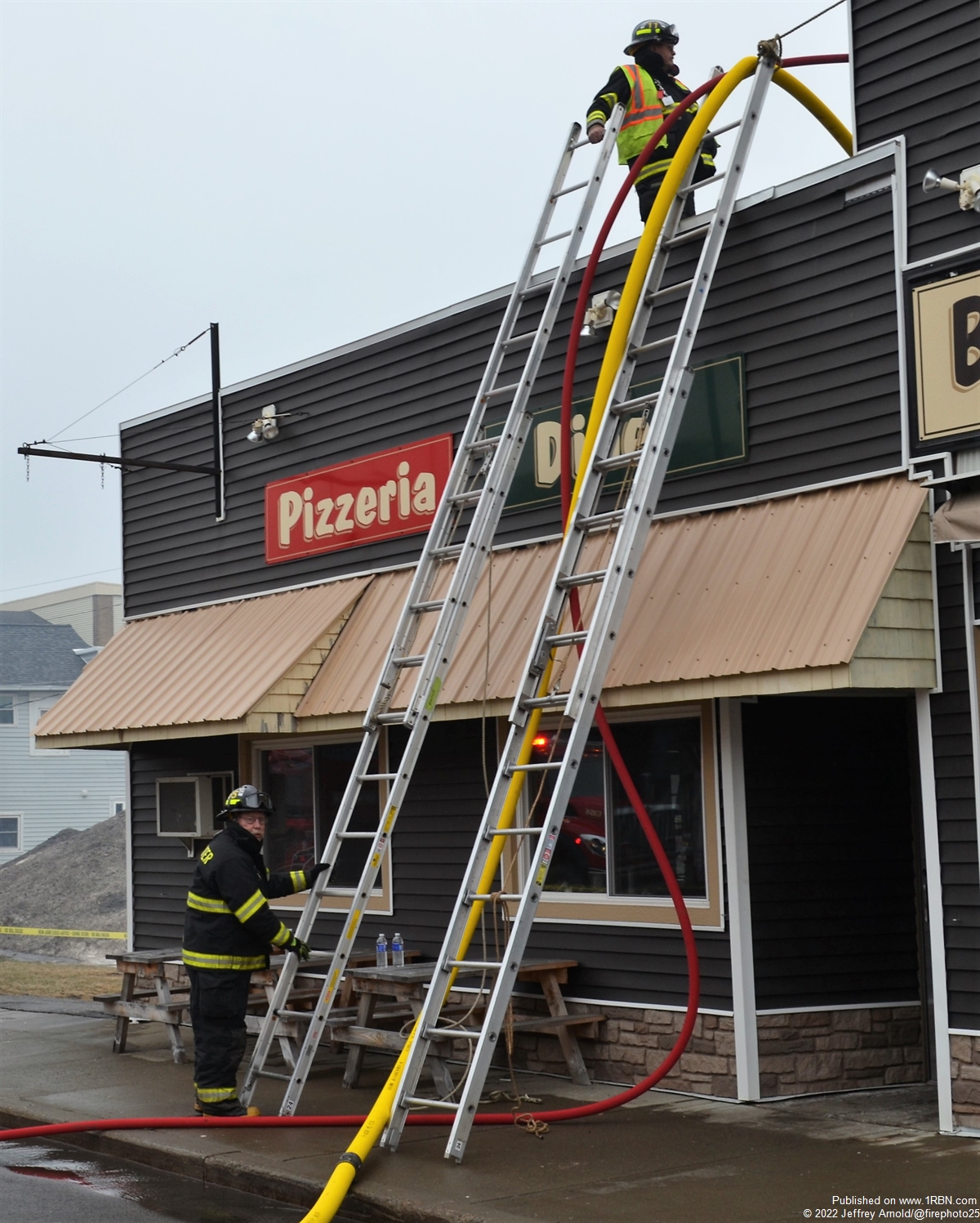 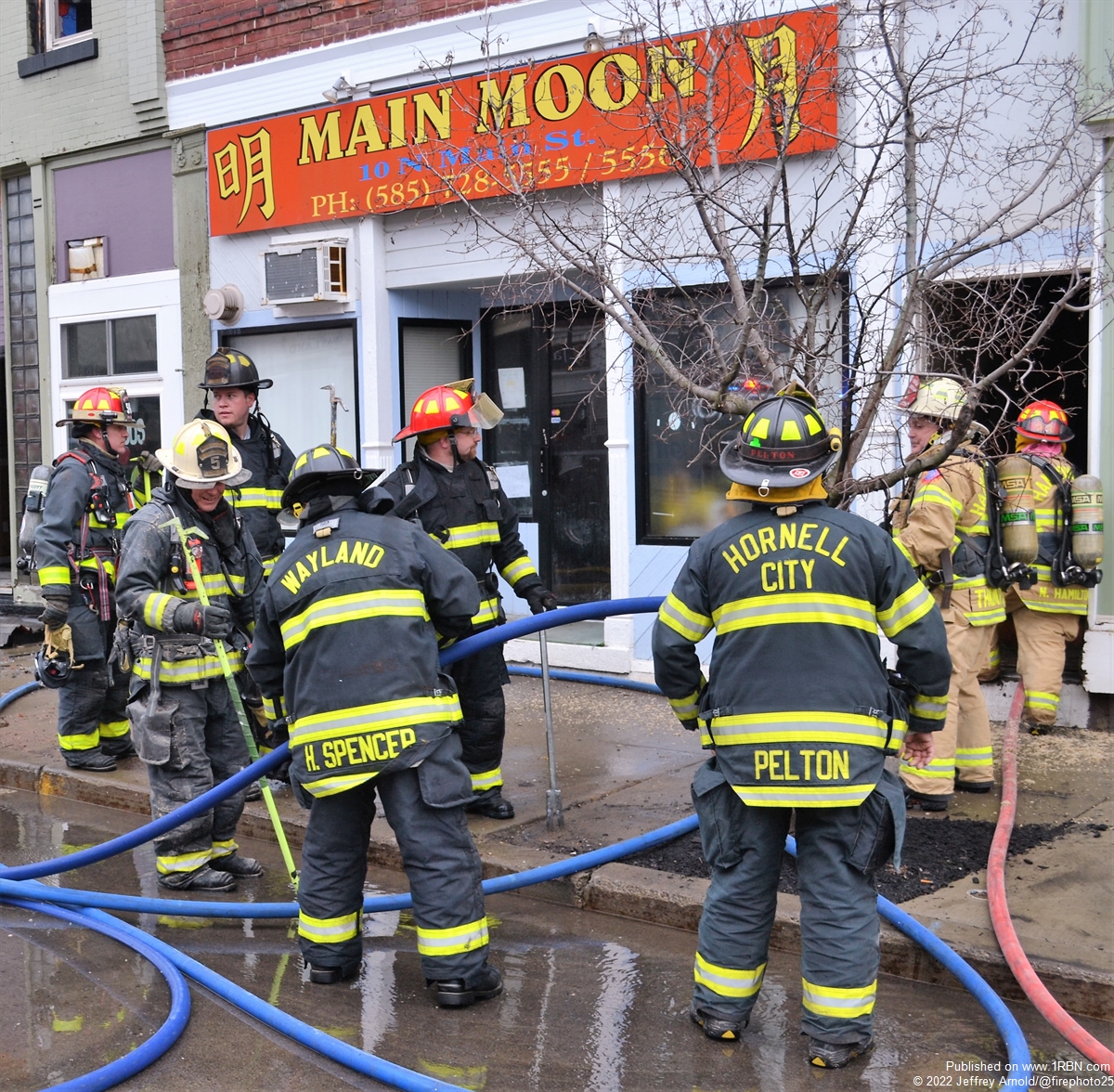 WAYLAND, NY - On Tuesday, February 22nd at 10:55 A.M., Wayland firefighters were dispatched to a structure fire at 12 North Main Street, above Painful Pleasures Tattooing. Units went on location with heavy smoke showing from a two-story brick structure, with fire eventually breaking through the roof.

The blaze went to three alarms, bringing in a large mutual aid response from Steuben, Livingston and Ontario counties. Departments on scene included: Perkinsville, Springwater, Dansville, Sparta, Atlanta, Naples, Bath, Hornell City and Livonia. Nunda and Conesus were on stand-by during the incident.

The fire was brought under control in about three hours, and there were no injuries reported. Occupants of at least seven apartments were displaced and being assisted by the Red Cross. Adjacent businesses also suffered smoke and water damage.

Also assisting at the scene were Spring-Way EMS, AMR, Wayland Police, Steuben County Sheriff's Office and the New York State Police. The cause of the fire was under investigation by Steuben County Emergency Management.