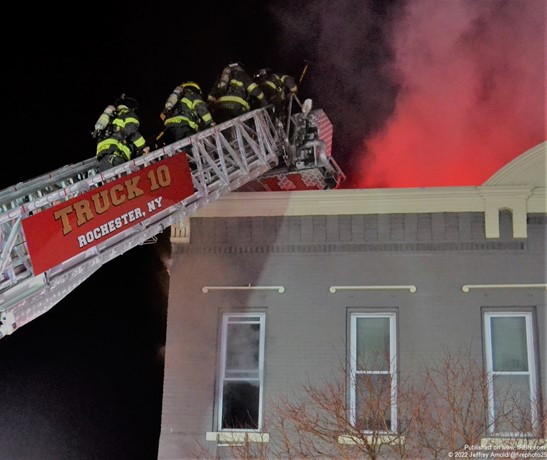 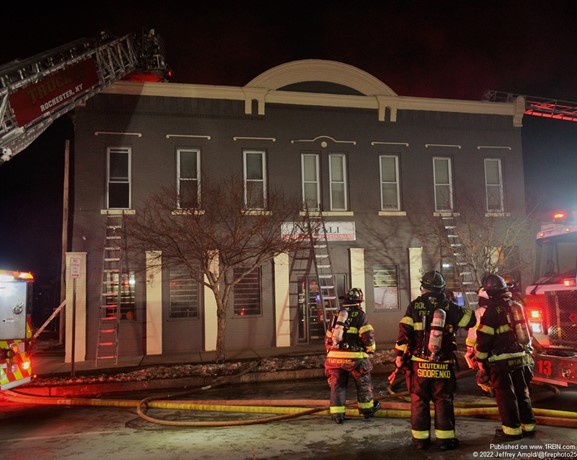 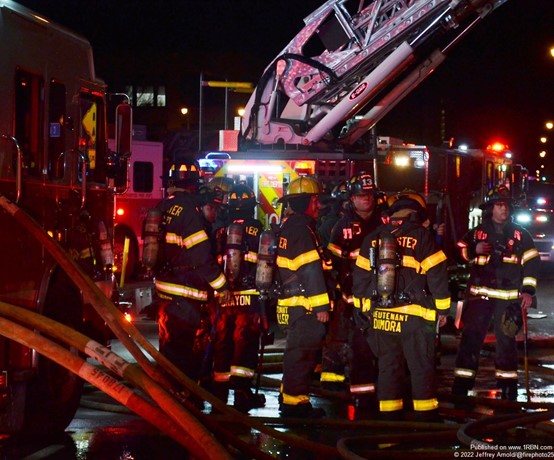 ROCHESTER, NY - On Monday, February 21st at 6:58 P.M., the Rochester Fire Department responded to 14 Lake Avenue for the report of black smoke coming from the building. Upon arrival units reported black smoke coming from the roof, and flames showing from two windows in the rear of a two-story brick building. Firefighters raised a ladder and rescued a male occupant from a second-floor window. He was evaluated by EMS on scene and was found to be uninjured. The blaze went to three alarms and was brought under control in about 45 minutes. There were no firefighter or civilian injuries reported. The Rochester FD Fire Investigation Unit was working to determine a cause.