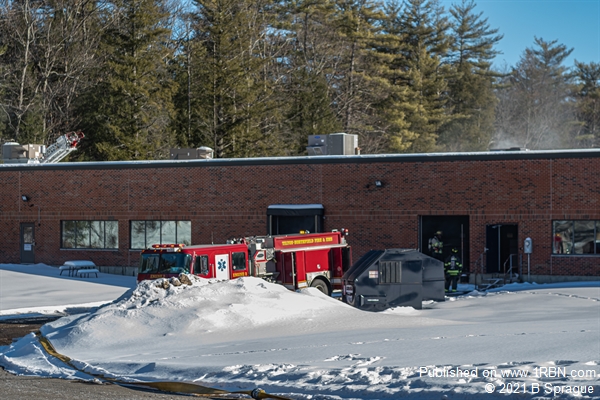 Photo by B SpragueCompanies making headway on the fire 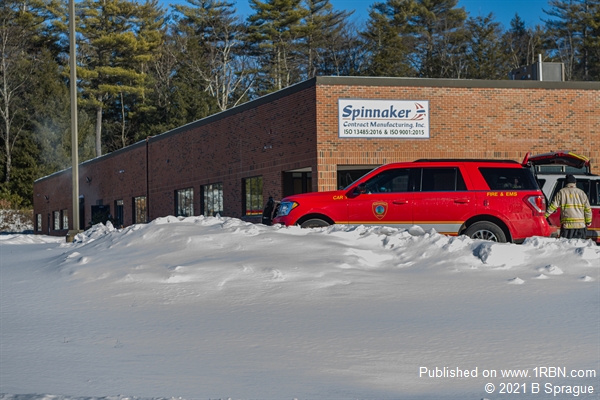 Photo by B SpragueCommand set up front of building 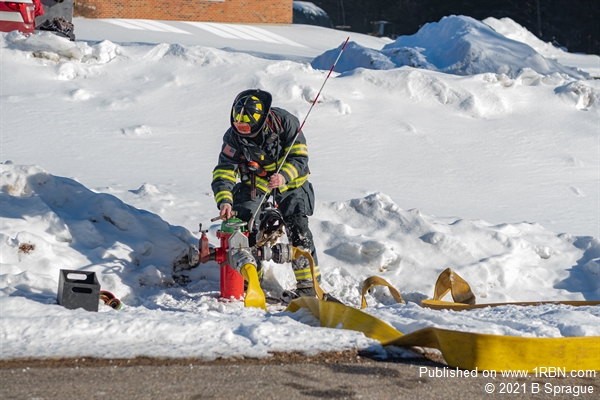 Photo by B SpragueTaking hydrant front of building

Tilton, NH - On Sunday afternoon, February 21st, Lakes Region advised Tilton-Northfield Fire of a fire alarm activation at Spinnaker Manufacturing Co. While en-route Lakes Region advised that the owner could see a fire in the building from his security camera at home. Due to this information Tilton C-1 requested a first-alarm while en-route. The first company on scene reported smoke showing from the roof line and requested a working fire. The fire was under control within the hour, but companies remained on scene for overhaul and smoke removal. The cause of the fire was not known at the time.