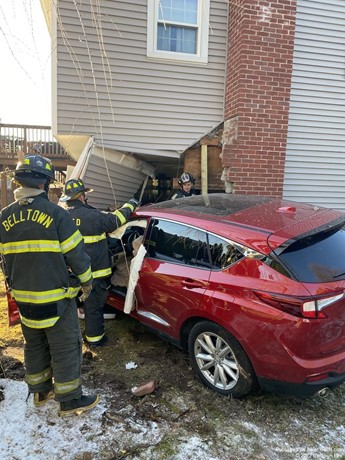 Photo by Belltown FireStarting the shoring process prior to the vehicle being moved. 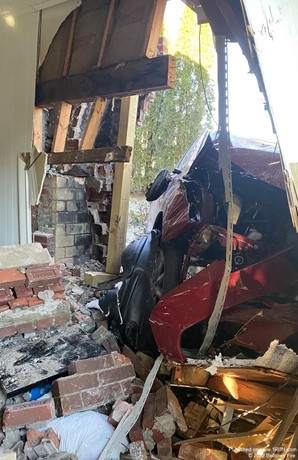 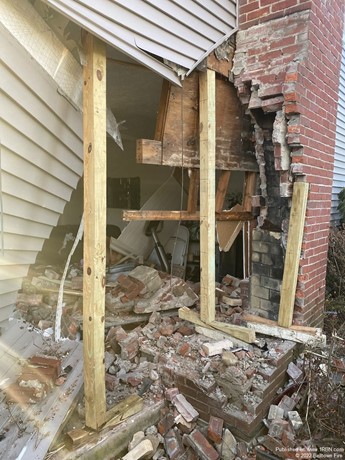 STAMFORD, CT - Shortly before 4:00 P.M. on February 15th, Fire, Police and EMS units were detailed to the corner of Hirsch Rd. and Newfield Ave. for a car that struck a house.

Upon arrival, Belltown Engine 42 (1986 Mack) and Rescue 44 (1994 Marion) confirmed the report and advised of one occupant still in the vehicle, but not trapped. Crews sized up the structure, which was heavily damaged, while Stamford EMS Medic 2 safely removed the driver for transport to the hospital.

Members then worked to shore up the damaged residence utilizing equipment carried on Rescue 44. Eventually the vehicle was safely removed by a local tow company. There were no injuries to the residents, who were upstairs at the time of the accident. They were assisted with relocating by the American Red Cross.