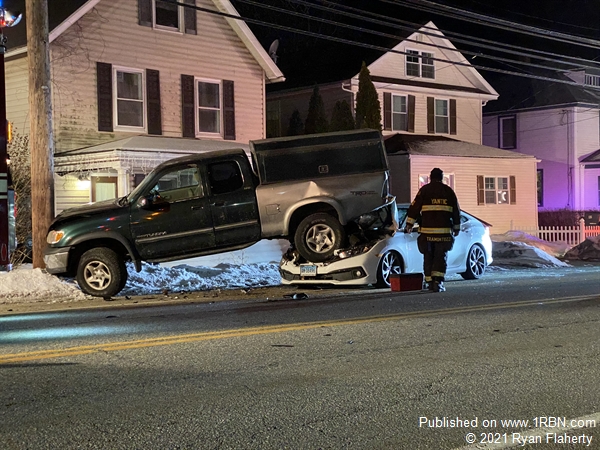 Photo by Ryan FlahertyThe woman driving the car drove under the parked truck, which forced it into the utility pole. 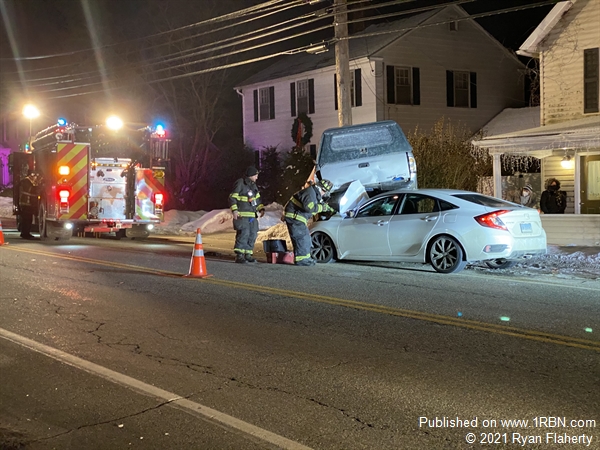 Norwich, CT - At 8:29 P.M. on Saturday, February 20th, the Yantic Fire Company with American Ambulance and the Norwich Police were dispatched to 100 West Town Street for a two-car accident.

Engine 33 arrived at 8:39 P.M. reporting that a car had driven underneath the back of a parked truck, which had also struck a utility pole. Engine 33’s crew treated two patients from the car who had self-extricated. Rescue 3 arrived at 8:42 P.M. and secured the vehicles.

Car 38 had command and requested Norwich Public Utilities to assess the pole.