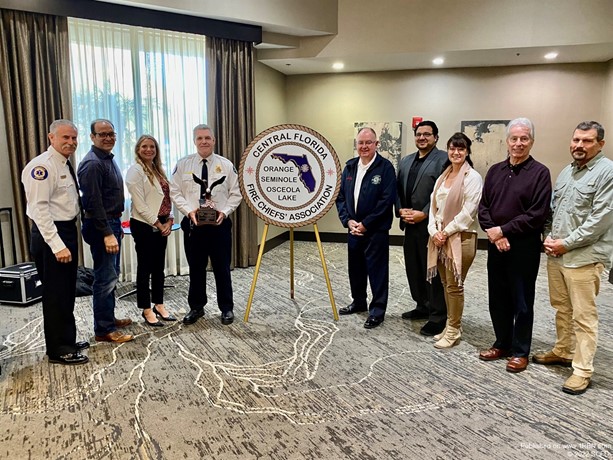 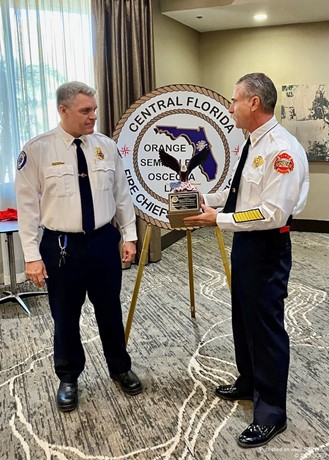 The Seminole County Fire Department (SCFD) was recently honored with the prestigious Eagle Award of Distinguished Service from the Central Florida Fire Chiefs' Association for the Department's achievement of the top ISO Class 1 rating. An ISO Class 1 rating represents an exemplary fire suppression program that responds quickly to community needs, mitigates risk at the highest possible standards, and demonstrates an exceptional commitment to preserving life, property, and environment.

SCFD Interim Fire Chief Matt Kinley expressed his thanks on behalf of the Department stressing that it was a long-term team and collective effort that began ever since the Department was founded in 1974. He also expressed thanks for the huge push in 2021 to make this achievement happen. Some of the past SCFD Fire Chiefs were there to celebrate with SCFD members who played a key role in the process.