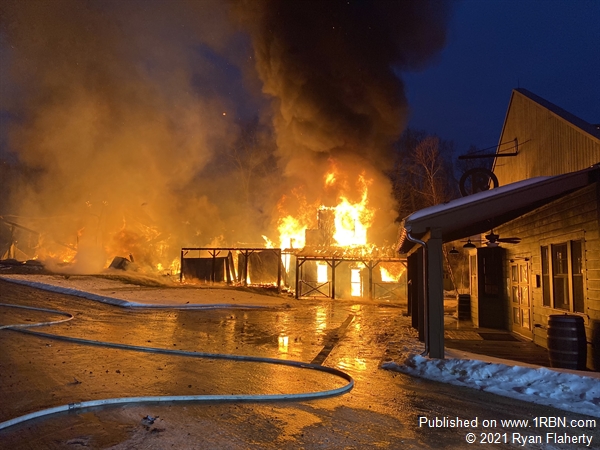 Photo by Ryan FlahertyThe original fire building had already collapsed on arrival of the first engine company and was threatening exposures on both sides. 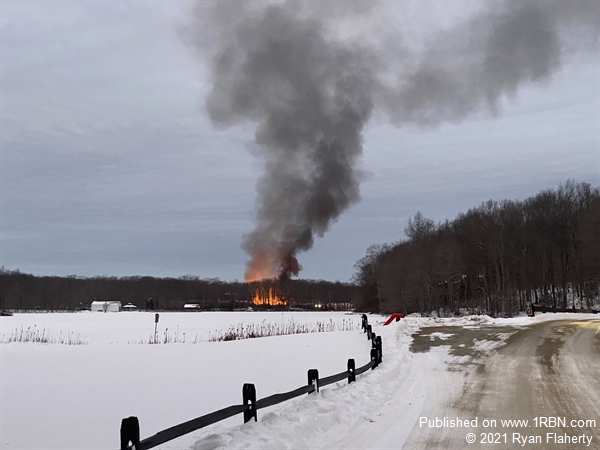 Photo by Ryan FlahertyThe view from the main entrance to the camp off of Route 44. The column of smoke could be seen for miles. 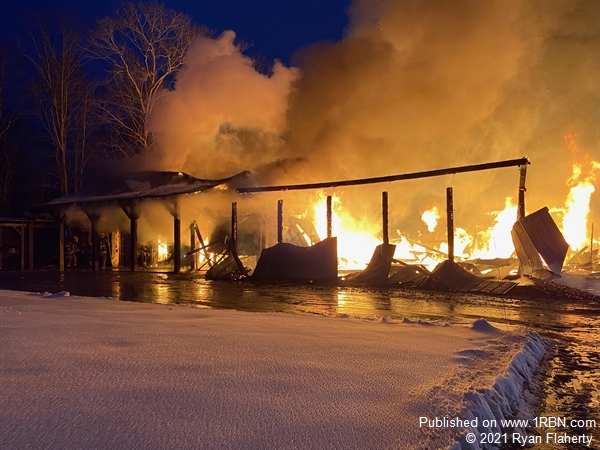 Photo by Ryan FlahertyThe Mansfield crew stretched a line to the "bravo/charlie" corner to cut the fire off. 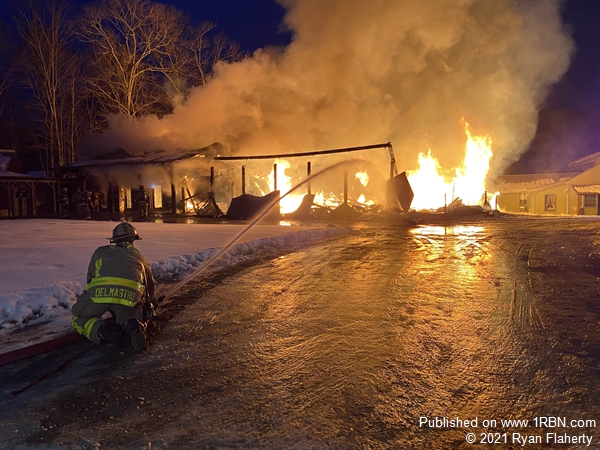 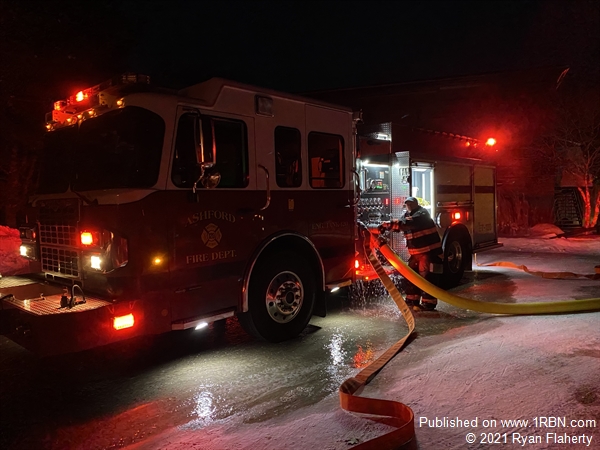 Photo by Ryan FlahertyAshford Engine 120, a 2015 Spartan operating on the west side of the incident. 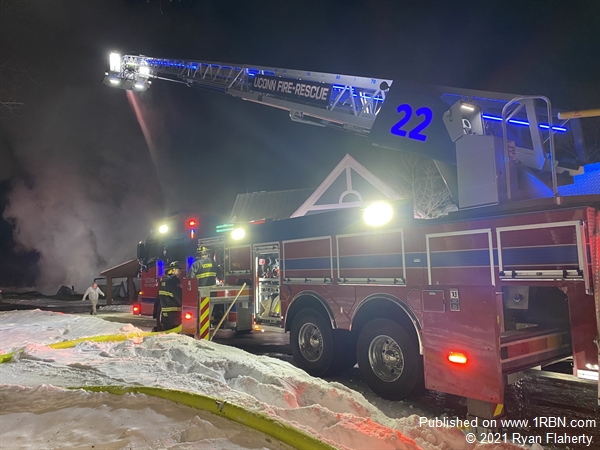 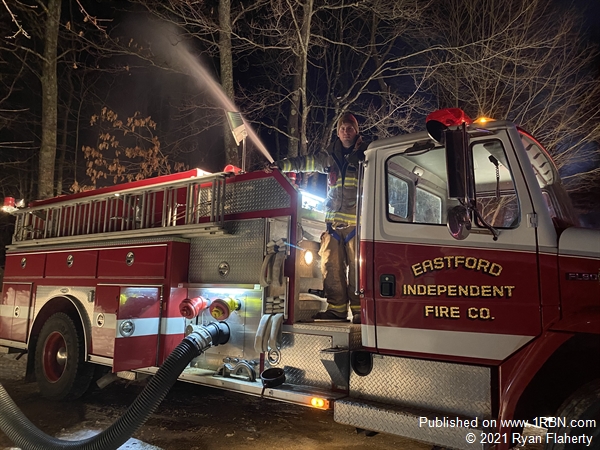 Photo by Ryan FlahertyEngine 271, a 1995 Freightliner/E-One established a draft on the south side and fed Tower 122. This may be its last fire since the engine is getting replaced in the upcoming weeks.

Ashford, CT - At 4:53 P.M. on Friday, February 12th, the Ashford and Eastford Fire Departments were dispatched to The Hole In The Wall Gang Camp at 565 Ashford Center Road for a fire alarm.

At 5:03 P.M., Tolland County Dispatch told Engine 120 that they were receiving multiple calls reporting a structure fire at the camp. The first-alarm assignment was filled out, bringing in Ashford, Eastford, Mansfield Squad 307, UConn Tower 122, Tolland Tanker 140 and Willington Hill Tanker 149.

At 5:18 P.M., Car 120 transmitted the third-alarm, which added Mansfield Tanker 307, Tolland ET 240, Tanker 440, Uconn Engine 122, with Willington ET 113 and ET 249. Squad 307 assisted ET 113 with establishing a draft from the dry hydrant on Eaton Road and sent their manpower forward to stretch a line from Engine 120, which cut the fire off before spreading to another large exposure on the 'Bravo'/'Charlie' corner.

Tower 122 stretched a one-and-three-quarter inch hand-line and positioned it on the 'Alpha'/'Delta' corner using their tank water on the exposure until Eastford Engine 271 established a draft. Engine 271 fed Tower 122, which knocked down a lot of fire.

Crews worked the scene for several hours while the temperature outside was a cold 25 degrees. The Ashford Fire Marshal is investigating with assistance from the Connecticut State Police Fire and Explosion Investigation Unit.